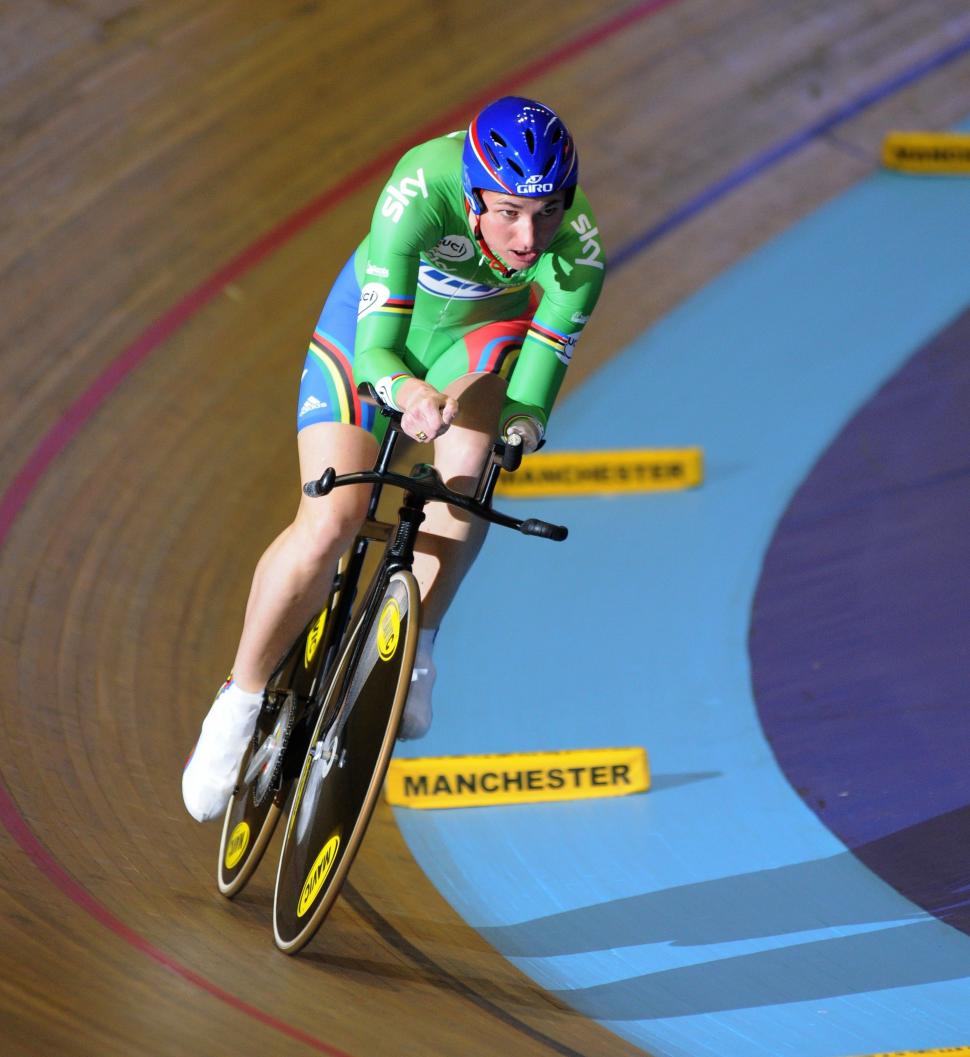 Ten golds including a hat-trick for Jason Kenny
by Simon_MacMichael

For the second weekend in a row, Great Britain’s cyclists came away from the Manchester Velodrome with a haul of ten gold medals, as the country’s para-cyclists dominated the UCI Para-Cycling World Track Championships.

Their success came a week after the likes of Sir Chris Hoy and Victoria Pendleton had made their mark at the venue in the Manchester round of the Track World Cup. Members of both the Olympic and Paralympic cycling teams had received the Freedom of the City of Manchester after that event in recognition of their success in Beijing. The para-cyclists duly gave local cycling fans plenty to cheer with their world championship victories as well as setting five world records.

Darren Kenny achieved a hat-trick of world titles, winning all three events that he entered – the men’s CP3 one-kilometre time-trial, the team sprint and the individual pursuit.

Other star performers included Sarah Storey, who won two gold medals in the LC1 500 metres time trial and 3 kilometre pursuit. Her husband Barney also picked up two golds in the men’s B&Vi category in which he acted as pilot to Aberdonian Ben Fachie, making his first World Championship appearance after switching from athletics, in which he competed in Beijing.

Jody Cundy, another cyclist who arrived from another sport, in his case swimming, in which he enjoyed Paralympic success, took the LC2 1 kilometre time trial title for the third successive time, and also won gold in the team sprint.

From 2010, Britain’s para-cyclists will be given the opportunity to display their talents to a wider audience after the UCI announced the inauguration of a Para-Cycling World Cup, to be held between May and June with three rounds in Correze in France, Segovia in Spain, and Baie-Comeau in Canada. The UCI is reportedly also looking at adding a fourth venue in 2011, in Asia or Oceania.