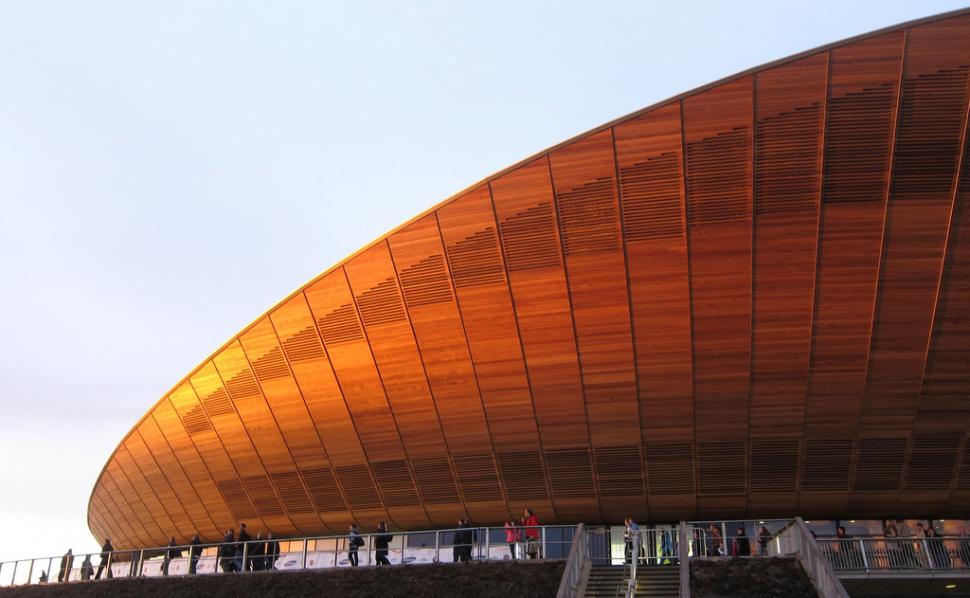 Yesterday we reported that local cycling clubs were finding it hard to book use of the Olympic legacy facilities at Lee Valley Velopark. These were supposed to be a major aspect of the legacy of the Games: top-quality new facilities in East London that would be available for the community, including cycling facilities to replace the old Eastway circuit. But, says Michael Humphreys of Eastway Users Group, demand from commercial organisations and the attitude of the Lee Valley Park Regional Authority means volunteer and community groups are not getting fair access to the site.

Having got the cycling provision at what’s now Queen Elizabeth Olympic Park protected in planning (2004), then properly planned (2007-2012) and funded, Eastway Users Group and our sister organisations want to be able to use it properly but of course such a capital asset can be worked in many ways apart from grassroots use. It’s this commercial agenda which is causing problems because the targets may be more to do with cash and less with community.

Lee Valley Park Regional Authority’s (LVRPA) view is to forget everything that got them this lovely new Velopark and play hard-ball with the clubs and communities which now want to book the place secured by our campaign. Emails have been going out with expressions of ‘disappointment’ from LVRPA, as if it thinks the natives aren’t grateful enough.

Racing at the former Eastway circuit. It wasn't glamorous, but at least it was accessible. (CC licensed image by matsimpsk/Flickr)

We continue to work through the channels of London government to try and redress the balance in favour of community interests in how the place is run because LVRPA is funded by precept on all London boroughs. For the time being the clubs have had to go in with bookings at the usual tariff to compete for slots with commercial organisations and the LVRPA’s own experimental approach to running pay-as-you-go sessions of its own using paid coaching staff.

This may sound like carping at the new commercial realities by which public facilities have to keep their books in the black, but the entire LVRPA is funded by local authorities and it received the capital asset for free, courtesy of the campaign to protect the cycle sport amenity we enjoyed on Eastway.

Why is community important in cycle sport? Voluntary help offered through club structures is the way that the vast majority of events take place. Development of young riders brings people into the sport as parents and youths and the senior clubs are the backbone of just about all leagues and major events.

A very few top-level competitions are run commercially by promotions companies, but they only take place where there can be commercial and public-sector sponsors or, in the case of spectator events, paying public. These few events aside, nobody makes money from promoting races or running clubs beyond what it takes to keep putting enough into the sport.

The power of voluntary organisations is key to keeping the sport going and expanding.

Yet the LVRPA says it wants no clubs to be based at the Velopark and as such it will offer no storage, no meeting spaces and no special provision for voluntary clubs that have to deal with child-protection and welfare issues as well.

No other velodrome in the UK operates without ‘home’ clubs and the Lee Valley Youth CC was formed when the LVRPA previously learned it could not make youth coaching and club sessions pay their way. The youth club brought animation and usage to the facility.

Having spoken with Lee Valley Youth CC committee members, the club has secured a regular session, paying full-rate to be on the track, but it has had to wait till the last minute to have this confirmed — as if the LVRPA was playing the field?

Instead of being among the top priorities for sessions and provision as a key community element, the club - and others like it with which it wants to share the load of organising and coaching - can only be certain of its immediate future by staying at the relocation facility on Hog Hill.

In light of its dilemma and because of its proven animations at Hog Hill, LVYCC has been offered an  extensive support package to stay there by the operator and London Borough of Redbridge.

It seems the LVRPA has been out-bid by Redbridge to retain the community asset of a thriving youth club, but then again, the LVRPA made no offer and seems to place no value on the community element which secured the legacy for cycle sport.

As a campaigner who helped secure the excellent facility at Hog Hill, I can confirm the revenue funding there is now reliant on the borough. thanks to the blinkered ways of public funding, the facility was intended to last only while the Velopark legacy was brought into being.

Hog Hill may not sustain in its present configuration and does not have the funding of wider London that the LVRPA enjoys to operate a facility that is of London-wide and national importance. It was wise of the youth cycling club to ask for a fallback guarantee from LVRPA that it would be able to find a permanent home in the Velopark in the event of a decision to close Hog Hill. This is a reality of financing and facilities which the youth club has had to face, but the answer so far from LVRPA has been a firm ‘no’ to its request for a base at the Velopark now or in the uncertain future.

When you compare the programme for clubs and cycle sport events on the road and off-road circuits with how the Velopark is selling itself to corporates, you very quickly gather the emphasis is on making a resource planned for the community into a playground of those who can pay top-dollar.

There are now three separate contractors selling much the same kind of corporate event in the velodrome - great, but where’s the community in this? The facility was not funded and built by London so that corporates could reward promotions companies with their business.

Where is the programme of road/off-road club and sport events at the Velopark for those who make the grassroots really happen? There is one event we know of which was planned specifically by the circuit’s management to compete with the Eastern Counties Cycling Association Festival weekend, but which failed to secure the event permit being sought from the Eastern region of British Cycling.

That event has had to be scaled-back and reconfigured as a regional 2/3/4 event in conjunction with events in SE and Central regions. Beyond this, the programme of events for your typical sport rider in road, cyclocross or mountain biking is looking painfully non-existent, despite these being the disciplines that thrived on Eastway and which we were able to prove should find a place in legacy.

Take the one example of the Lee Valley Youth CC. Had it been offered the regular slots and club facilities you would reasonably expect in legacy, there is every chance the Velopark would have hosted many youth and senior events as part of the LVYCC’s heavy programme of promotions. But without a solid club base there is too much uncertainty and too high a price to pay for it.  Lesson learned for now:  LVYCC is delighted to be promoting the 2014 national youth circuit championships at Hog Hill.

One wonders what else is being lost while the voluntary aspects of cycle sport and clubs are being frozen out. Eventually it will come back to being volunteers and clubs which pick-up when the commercial operations fail to bring the place alive for sustainable communities to thrive, but the wait is painful for highly organised, qualified and expert voluntary organisations on which the legacy promise was based.