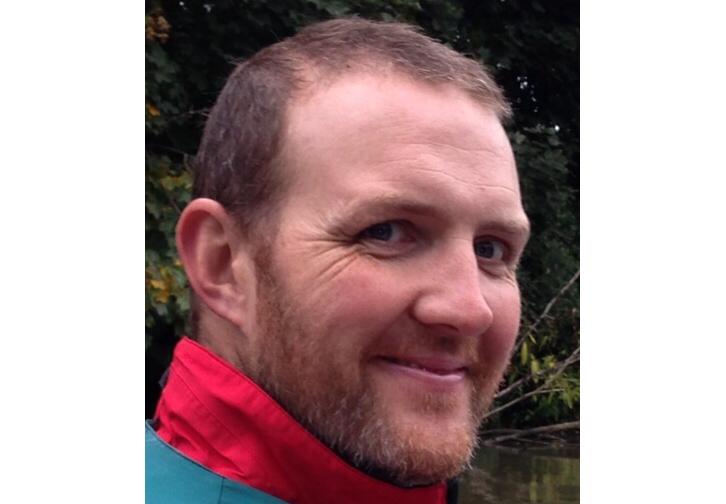 A second person has been arrested by police investigating the death early Saturday morning of charity fund-raising cyclist Christian Smith in Kent. Tributes to Christian have flooded in to his JustGiving page which has now raised almost £60,000 for mental health charity MIND.

Kent police announced this morning that a 19 year old man, from the Herne Bay area, had been arrested on suspicion of causing death by dangerous driving. He has been bailed pending further investigation until July 27.

Christian Smith died after a collision with a blue Peugeot 206 on the A2990 Old Thanet Way near Chestfield, Whitstable, at 4.04am on March 22.

An 18 year old woman was arrested on suspicion of causing death by dangerous driving and driving with excess breath alcohol. She has been bailed pending further investigation until July 26.

Christian, 38, from Boughton Aulph, near Ashford, Kent, was raising money for Mind by attempting to ride a 248-mile route round Kent in 24 hours. He began his "Kent Epic" trip on Friday.

On his JustGiving page he said he wanted to support Mind to raise awareness of the support it offered and to help end the stigma attached to people with mental health problems.

"I have had my own misfortune to suffer from a spate of poor mental health, which was unexpected and has been a real 'game changer' in how I now view the future," he said.

Since Kent police on Sunday morning named Christian as the victim of the crash, donations and tributes have flooded in to his fund-raising page. By Monday lunchtime, over £54,000 has been donated by over 4,000 people.

Before the crash that claimed his life, comments from Christian’s friends were hopeful and encouraging. There were affectionate references to his mental state, including his own page tagline: “I'm doing a mega cycle for Mind - The Mental Health Charity because I am mental not mad.”

Charlotte Worley wrote: “I can't ride for toffee, so have the upmost respect for anyone mad enough to cycle let alone the distance and challenge you have set your self!”

After the news of his death broke, people who apparently knew Christian were the first to pay tribute.

The Kings wrote: “Christian, you wonderful person, this brave and ambitious bike ride to raise money and awareness of 'Mind' was a testament to your deeply positive character. We are in total shock.”

As the news spread and donations began to flood in, more and more people who had never met Christian but felt touched by his story donated and commented. Many had either raised money for MIND themselves or had been affected by metal illness.

One anonymous donor wrote: “With deepest respect from someone who also found putting myself out there raising money for MIND a great source of inspiration. My soul is with you and my heart with your family.”

Another added: “I continue to go through dark times and always have a half marathon to aim for, also raising for MIND, knowing how it can help. Such a tragic loss and thoughts are with the family. RIP.”

Mind said it would contact Mr Smith's family to offer condolences and support.

Chief executive Paul Farmer said: "We were shocked and saddened to hear of the tragic death of Christian Smith. Our thoughts go out to his family and friends at this extremely difficult time.

"Mind is grateful for the continued dedication of all our fundraisers, without whom we would not be able to support the hundreds of thousands of people affected by mental health problems across England and Wales."

He said: "Information has come to light regarding a taxi, which is believed to have passed the scene shortly after the collision travelling from the Chestfield/Swalecliffe roundabout towards Whitstable.

"I do not believe this driver was involved in the collision but I believe he or she could hold valuable information for us and I'd urge the driver to contact me as soon as possible."

Anybody with information who has not yet spoken to police is asked to call PC Woodhams on 01622 798538.