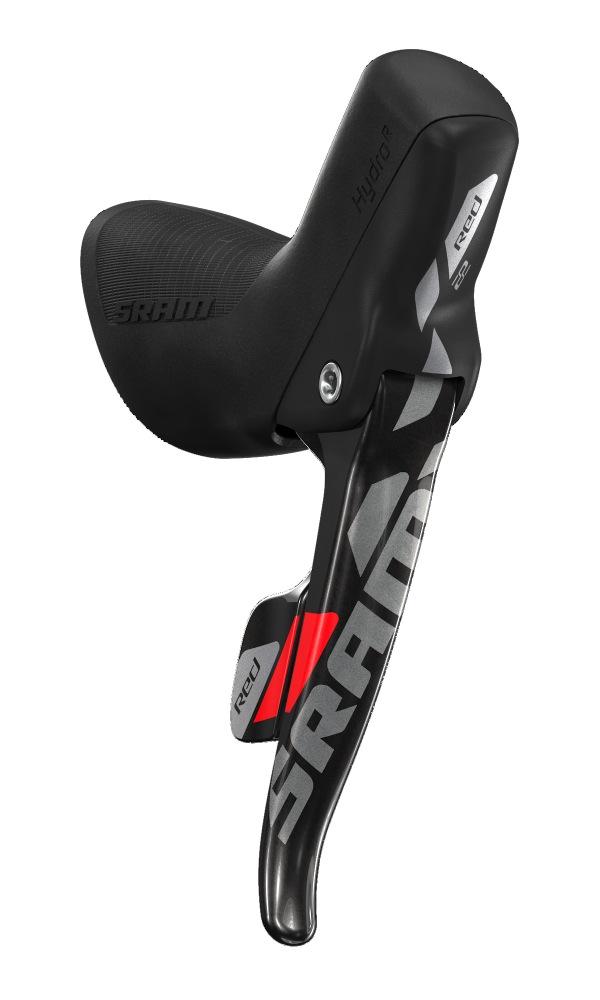 SRAM have revealed the new designs of their hydraulic road brakes and also trickled technology – both the hydraulic braking and other features from their existing top-level Red range – down to their third tier Rival groupset.

SRAM’s recall of their previous hydraulic road brakes has been well documented over the past few months. They put the recall down to faulty quality control on some of the seals in the original system but there's a lot more than revised seals in the new kit, and SRAM said they'd be redesigning from the ground up. 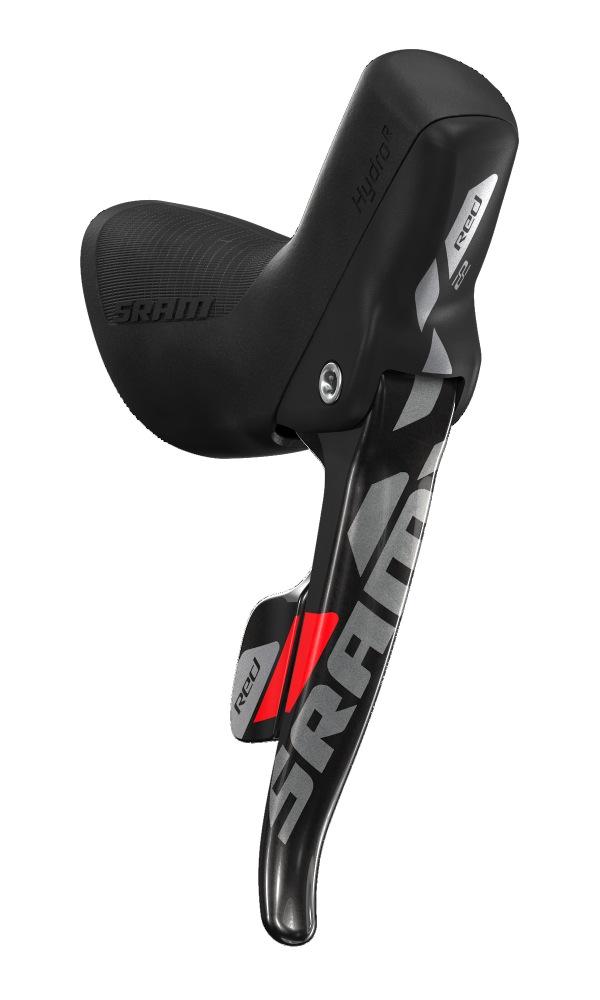 To which the obvious question is: why all the changes if there were only minor issues with the recalled brakes? Maybe SRAM have taken this one on the chin and used the opportunity to move the technology on a notch, or maybe the problems went deeper than SRAM were willing to say. Either way, there's lots to talk about.

Most notably, SRAM haven't just re-designed for the Red 22 groupset. There's now a Rival version, which is now 11-speed at the rear, which has a hydraulic option for both rim and disc. There's even talk that the range extends right down to Apex, although we haven't seen the Apex running gear yet and SRAM don't mention it in their communications. There's a version for Force CX1, too, which uses a 1x11 drivetrain and therefore only needs one shift lever, the other simply being a brake.

By 'refine' we're assuming they also mean 'compact' as the original Hydro-R lever was a big old beast, and although we haven't seen the new levers in the flesh yet they do look a bit less chunky.

"The new shape improves the internal architecture and material placement around the reservoir and master cylinder bore, which is all about improving consistency and performance," they add.

There's a new master cylinder too which has "incredible amounts of testing" behind it, according to SRAM.

The aim is to improve the perfomance of the brake and the consistency of braking: "Especially in extreme temperatures," which is, of course, where the original Hydro R lever was found wanting. The brake has a new bleed port too on the top of the master cylinder; it's a two-piece design with a removable central core. 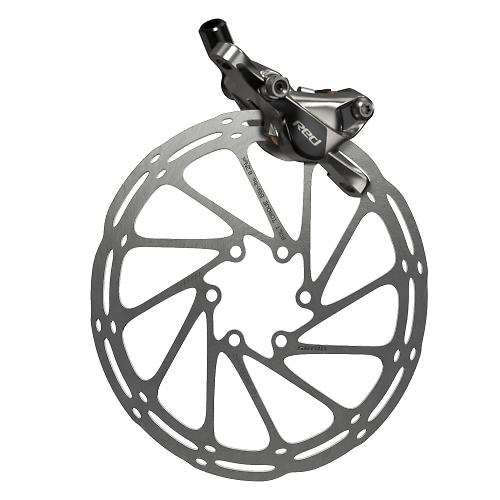 The reservoir bladder – which is the main part of the system responsible for the self-centering of the pads – has been redesigned, and at the other end of the hydraulic line the calliper has a new spring that "spreads the pads more effectively".

So that's good. There's a new rotor design too: it's single-piece stainless as opposed to the three-layer Shimano disc. So far as we're aware, the Hydraulic Road rim calliper is unchanged. 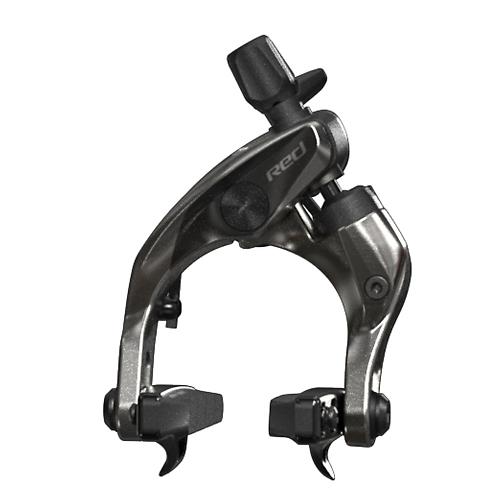 The various levels of groupset use ostensibly the same systems, although obviously the materials get lighter the further up you go. Red 22 has carbon brake and shift levers, and titanium hardware. Force gets an alloy shift lever and stainless bolts and Rival's levers are alloy for both braking and shifting.

SRAM are launching a new version of their Rival groupset that features trickle-down technology from their higher level groups with hydraulic brake options and a 2 x 11-speed drivetrain.

Rival is SRAM’s third tier road groupset, sitting below Red and Force in the hierarchy, and it now shares a lot of technology with its higher-level siblings. The full name of the groupset is actually SRAM Rival 22, SRAM saying that you get 22 usable gears with no need for front mech trim. In other words, you can run the chain in the big chainring and the largest sprocket, and in the small chainring and the smallest sprocket. This has been a feature of Red 22 and Force 22 for the past couple of years.

These are the features that SRAM promise for Rival 22, in their own words:

• Brakes accept 28c tyres for when the pavement ends.

• 22 usable gears with Yaw front shifting for no trim, rub or rasp.

Lets go through the key components: 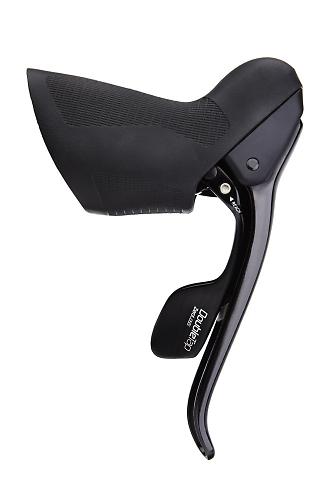 The mechanical shifters are modelled on those from the Red 22 groupset: the same shape with the same textured cover. The forged aluminium brake lever and shifter paddles are individually reach adjustable.
The mechanical shifters weigh 332g (these are all SRAM’s official figures rather than weights that we’ve checked for ourselves) a pair and are priced at £191. 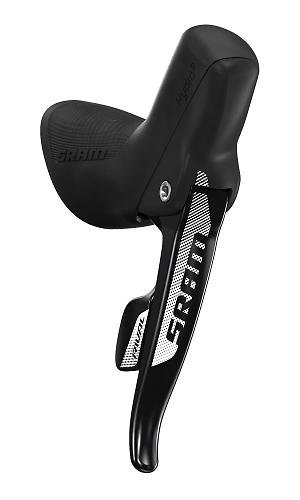 The shifters for use with hydraulic brakes are an all-new design after SRAM’s well-publicised recall of their existing Road Hydraulic brakes.

The shifters are said to have revised ergonomics for better finger wrap and a revised shifter paddle for improved finger clearance. They have individual reach adjustment for the forged aluminium brake lever and the shifter.

It’s a fully sealed system and the SRAM say that there’s easy bleed access when the time comes for maintenance.

The shifters come as a package with the hoses and brake callipers. Speaking of which... 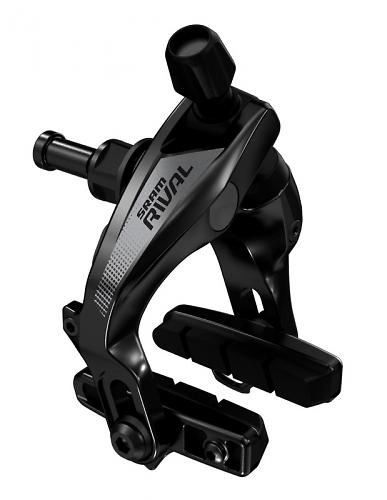 The hydraulic rim brakes are made with forged aluminum arms with a pad compound from SwissStop. They offer tyre clearance of 28mm so they’re compatible with all Zipp Firecrest rims, for example.

The lever, 600mm of hose and the brake calliper weigh 422g per wheel. Each one (shift/brake lever, hose and calliper, per wheel) is priced at £254. 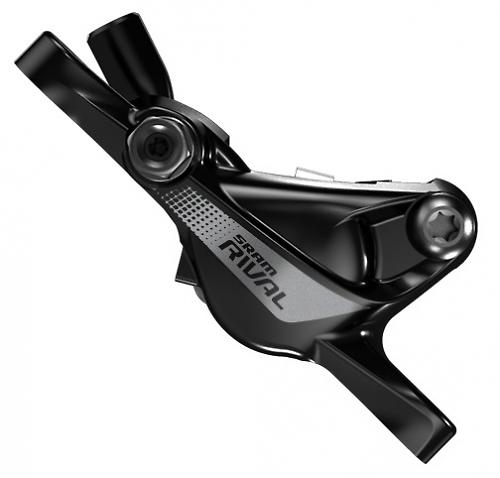 SRAM claim that the Centerline rotors offer good heat management with no cupping or warping at extreme temperatures. If you want to stick with cable-operated brakes, the Rival 22 version is a dual pivot design made with forged aluminium arms and a SwissStop pad compound, with clearance for tyres up to 28c (as is the Hydraulic Rim Brakeset). 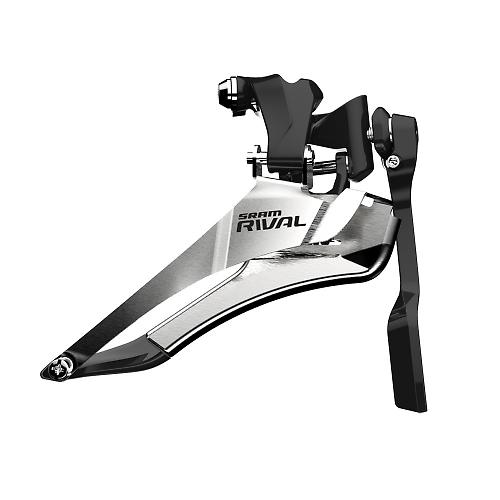 The front derailleur rotates inline with the chain as it moves. This is what allows SRAM to eliminate the need for shifter trim (a small movement of the derailleur to stop the chainrubbing on the side plates). They also reckon that this ‘Yaw’ movement improves the shifting speed and precision.

Like higher-level derailleurs from SRAM, the Rival 22 option features an integrated chain spotter (to stop the chain coming off the inside of the inner chainring) that adjusts independently of the derailleur itself.
The Rival 22 Front Derailleur weighs 88g and costs £29. 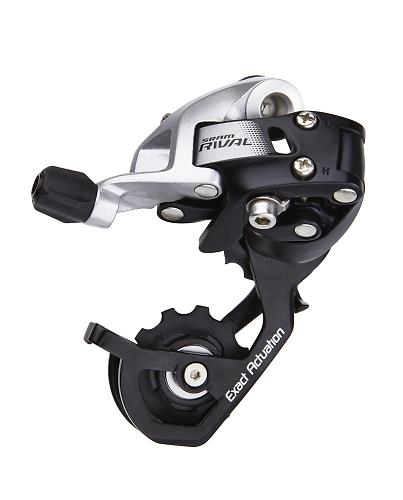 The Rival 22 rear derailleur comes in two different versions: short cage (£45), and mid cage (£55) for WiFLi wide-ranging cassettes. The WiFLi version will work with cassettes up to 32-tooth. They use aluminium outer and inner cages. 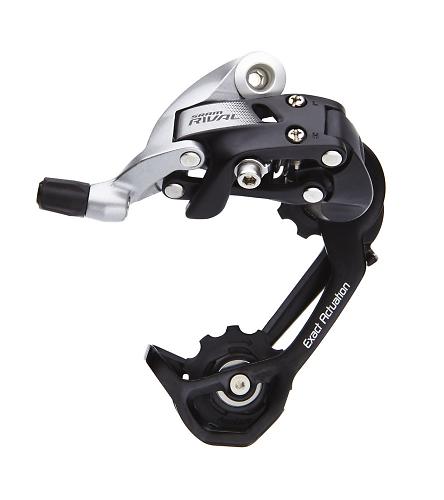 The cassette comprises heat-treated steel cogs and an aluminium spider. 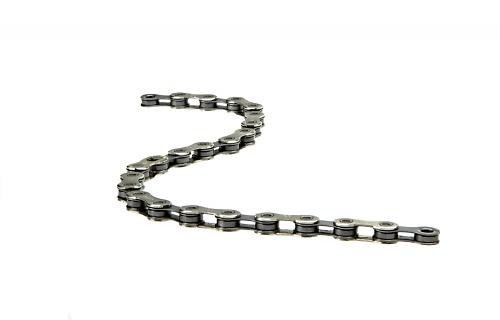 SRAM claim that the PC 1130 chain is strong, precise and lightweight, and it comes with a PowerLock connecting link.

We don’t yet know when SRAM Rival 22 will arrive in the shops.