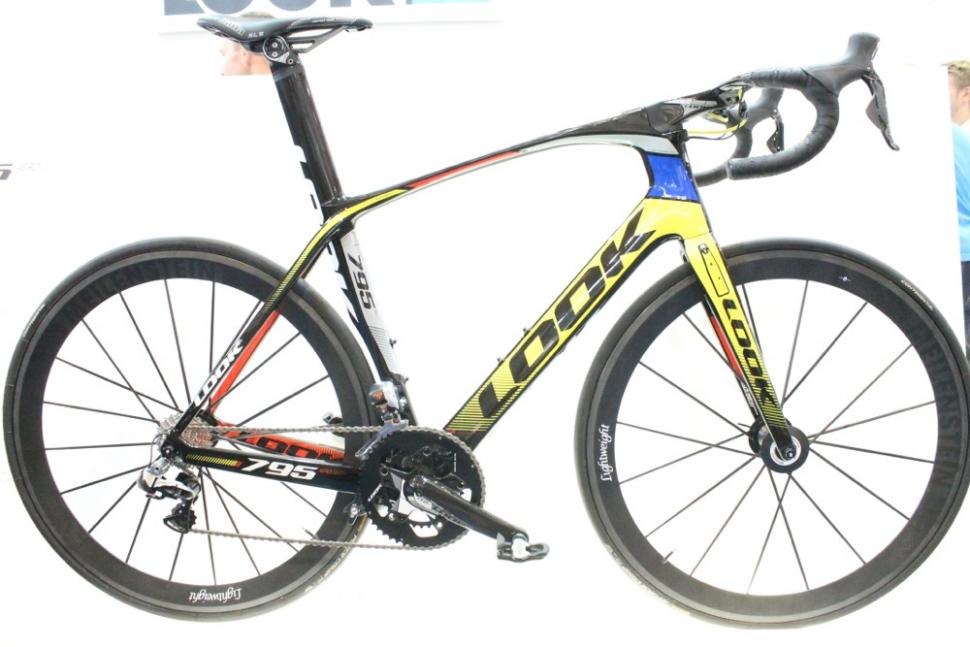 Including new bikes from NeilPryde, Kuota, Ridley, Fuji and more
by Mat Brett

Psst! Want to see some pictures? You know... pictures. These are specialist ones we got from Germany. Hard to get hold of over here. 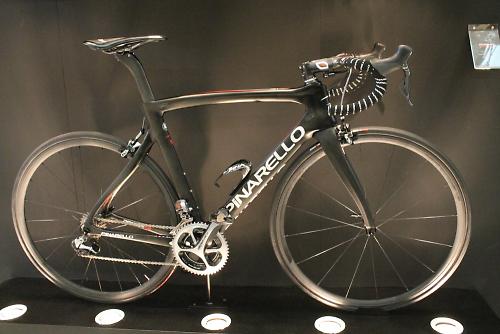 Italy’s Pinarello launched the Dogma F8 at the end of May and Team Sky have been racing on it since then. 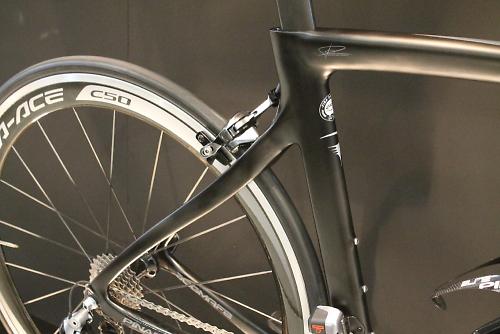 The F8 is made with Torayca T11001K carbon fibre and Pinarello reckon that it’s 12% stiffer than the previous version with 47% less aerodynamic impact. That aerodynamics figure is partly down to the flatbacked aero tubes – you can clearly see how the training edge of the down tube is squared off to fit wit UCI regulations. The wiggliness in the seatstays and the F8 Onda fork has been toned down from previous incarnations but it’s still there. NeilPryde launched the Nazaré 2 aero road bike at Eurobike which they claim, not surprisingly, is more aerodynamically efficient than the existing Nazaré.

The Nazaré 2, made from what NeilPryde call ‘C6.9 ultra-high modulus carbon fibre’, looks vaguely similar to the Nazaré in that it uses the brand’s OTP aerodynamics and extended Kamm-tail profiles, but it has many new features such as an integrated fork crown, a wedge-style seatpost clamp, and cable routing via the front end of the top tube. 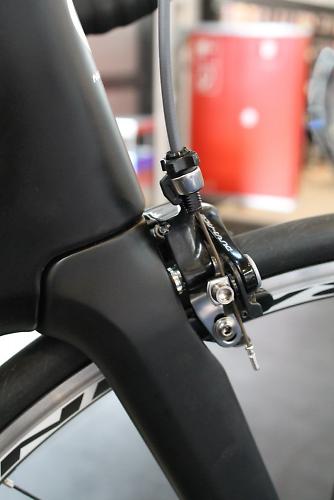 The bike also features Shimano’s direct mount brakes on the front fork and under the bottom bracket, and a Press Fit 86 bottom bracket. 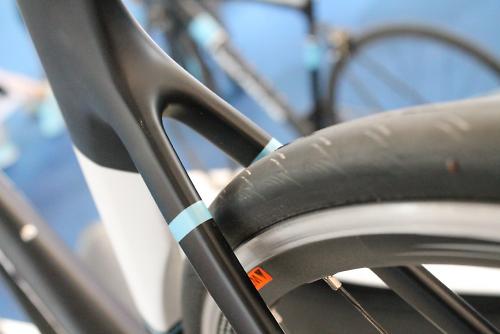 It weighs a claimed 920g – which is superlight for an aero road bike.

We’ll try to get a more detailed introduction to the bike up within the next few days. 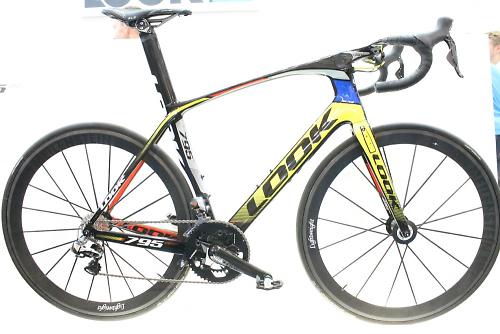 We first showed you the Look 795 when we went to the launch at the end of July. Judging by your comments, people either love or loathe the looks, but that’s not really the point: this is a high-performance bike that has been designed with aerodynamics rather aesthetics in mind. 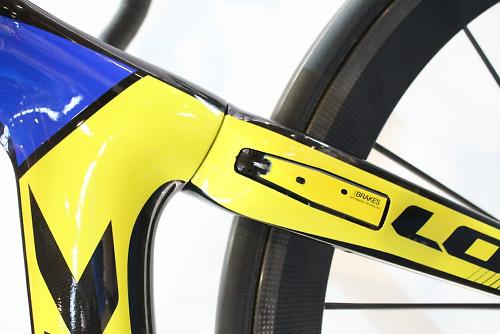 This is the Aerolight version with the front brake integrated into the fork and a rear brake mounted behind the bottom bracket.

Check out the video of the 795 Light (with standard brakes) that we posted the other day. 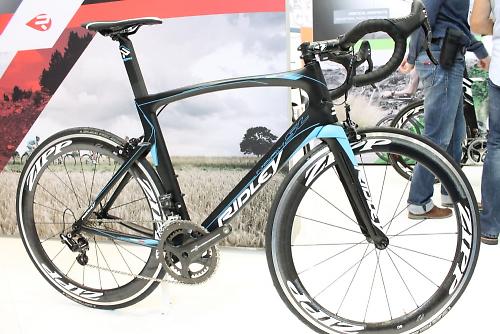 Well, whaddya know? Another aero road bike! We’ve already run an article on the new Ridley Noah SL so check that out for all the details.

In short, the SL is lighter than the existing Noah Fast with a claimed frame weight of just 950g. 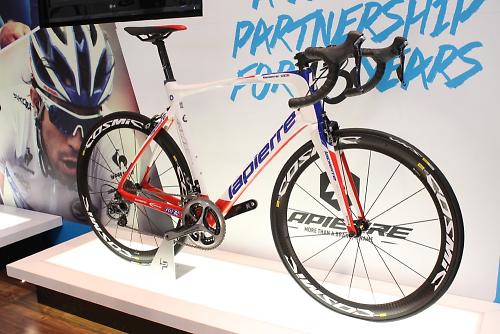 The Lapierre Aircode is yet another aero road bike. We didn’t go around Eurobike with the aim of taking photos only of aero road bikes, it’s just that there were so many around, particularly at the higher levels of bike ranges, that whatever direction you pointed a camera, it was hard to miss them.

The Aircode features a Kamm-tail down tube, an aero seat tube, an integrated seatpost clamp and a direct mount front brake. 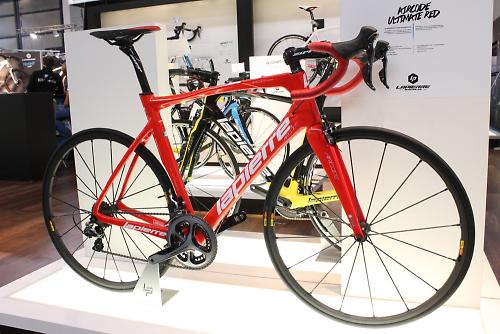 Aside from aerodynamics, Lapierre’s main aim for the Aircode was to produce a bike that felt as comfortable as a standard road bike. 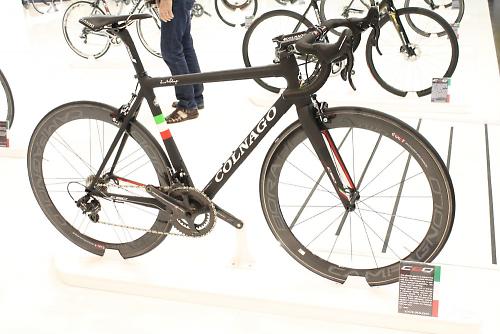 Colnago launched the C60 back in March and we reviewed it here on road.cc back in July, but another quick look won’t hurt, will it? 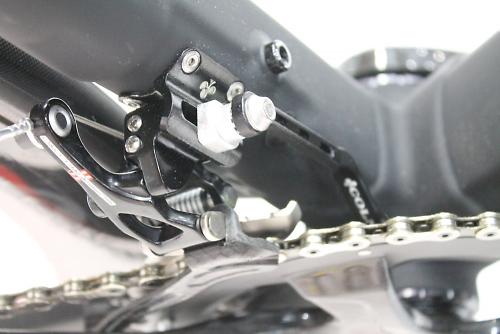 This black version with Italian tricolore on the seat tube and a Campag groupset looks the business too – unlike the sandals of the bloke standing behind. 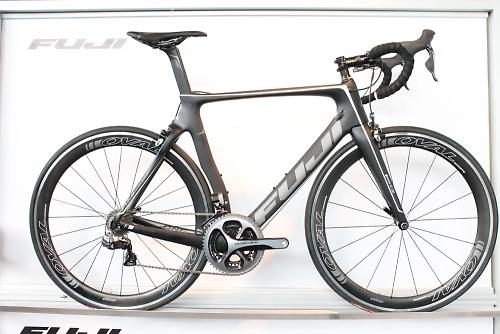 Speaking of Mr Dave Arthur, he got the chance to ride the Fuji Transonic at Eurobike Demo Day so standby for a First Ride report on road.cc shortly. We’ve got a lot of stuff to get through, mind, so don’t hold your breath.

The Transonic is yet another aero road bike, building on the work that Fuji undertook to develop the Norcom Straight TT bike and the Track Elite track bike.

Dave (it’s ‘Dave this’, ‘Dave that’ today, isn’t it?) covered the tech in his article from the Transonic’s launch so click on the link for all the details.

It’s interesting to note that Fuji is another brand that has gone for direct-mount brakes. They are fast becoming standard on aero road bikes. 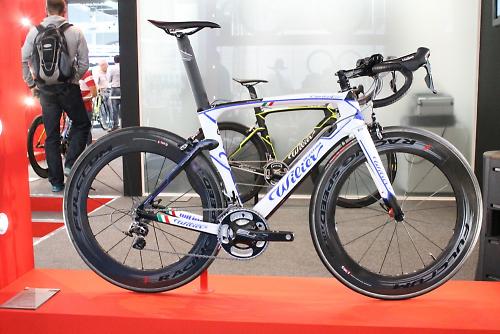 The Cento 1 Air was new for 2014, designed to combine characteristics of the Cento 1 SR road bike with the Twinblade time trial frame.

This one is built up with a Shimano Dura-Ace groupset and Fulcrum Racing Speed XLR 80 wheels. It has an inline saddle clamp to steepen the seat angle, and clip-on TT bars. Basso’s top-level Diamante, made from T1000 and T800 carbon fibre, is yet another bike with aero features like a cutaway seat tube and a semi-integrated fork. Basso claim a frame weight of 830g (size 53cm, before painting).

That structure at the front of the top tube is a ‘comfort kit’ that raises the stem for those who want a higher front end. 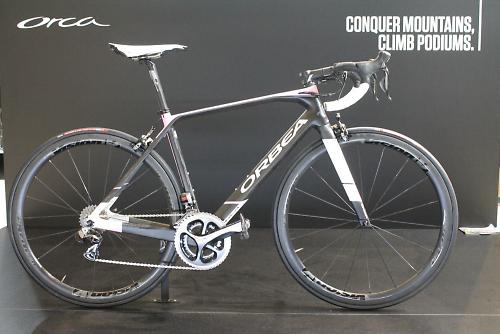 Orbea have updated their fabulous Orca for 2015, reducing frame weight to a claimed 900g (53cm) for the carbon frame.

Orbea say they’ve increased stiffness too, largely though the use of a Press Fit 86 bottom bracket which allows them to increase the size of the down tube and chainstays.

Going the opposite direction to most brands, Orbea have switched from an aero seatpost to a regular round one. 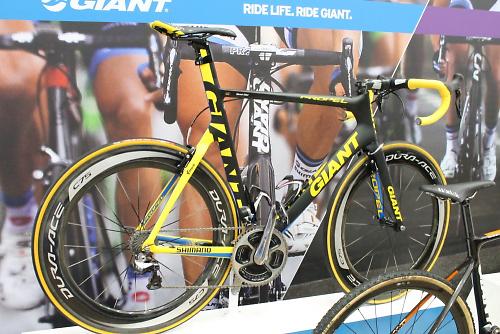 This is Marcel Kittel’s Giant Propel Advanced. The German rider, who has won four stages in each of the last two Tours de France, uses a Shimano Dura-Ace Di2 groupset and an SRM powermeter. 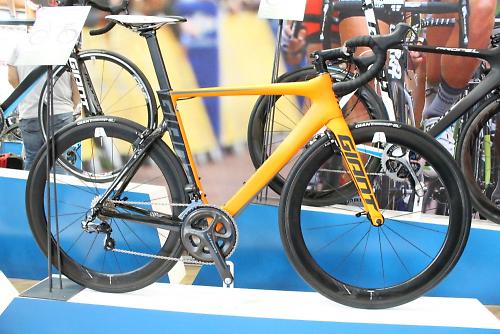 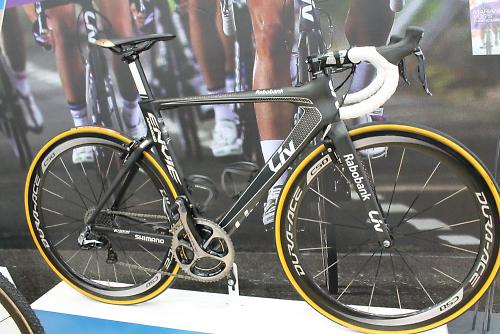 Liv is Giant’s women’s brand, and this is the Envie Advanced belonging to Dutch winner of virtually everything Marianne Vos. She’s on Di2 as well. 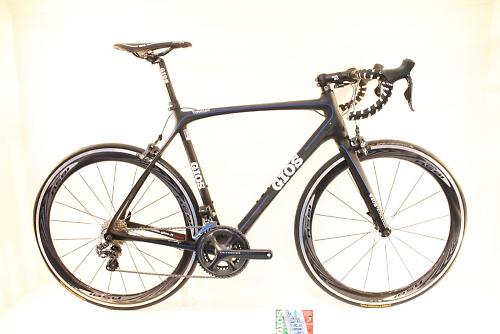 The Tornado is Gios’s top-end bike, made with a unidirectional full-carbon monocoque frame that weighs a claimed 1,030g, and a 380g fork.

As you can see, this version is built up with a Shimano Ultegra Di2 groupset and RS81 wheels. 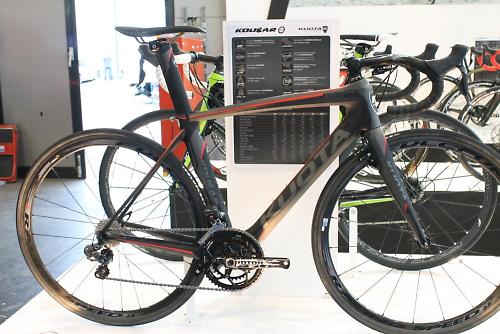 Italy’s Kuota have a new model called the Kougar (everything in the line-up starts with a K).

It’s made from high-modulus carbon fibre and, it won’t surprise you one bit to learn, it boasts features like a cutaway seat tube, an aero seatpost with a wedge-type clamp, a linear pull front brake that’s hidden behind the fork legs, and a rear brake that sits behind the bottom bracket. 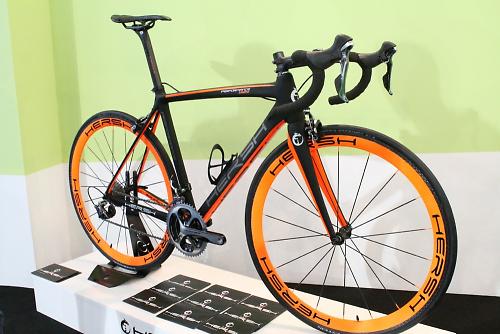 Hersh is another Italian brand that makes some great looking bikes. This Performance Limited is made from T800 and T1000 carbon fibre and the claimed frame weight is 950g. It’s a fully custom option made tube-to-tube rather than in a mould. 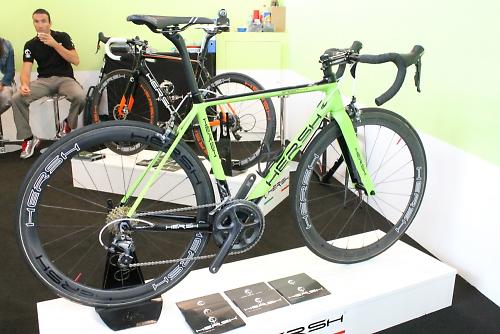 The Speed Race is a T800 monocoque that’s available in standard sizes.