Weight penalty of aero bikes gets smaller
by Mat Brett

Belgium’s Ridley have launched a new version of their Noah road bike, the Noah SL, which is built around a frame that weighs just 950g. It’s being used by the Lotto-Belisol pro team.

The Noah Fast has been in Ridley’s range for a while but they’ve been busy shaving off the weight for the new SL model. Ridley say that the Noah SL features new resin technologies and innovative layups to get the weight down without compromising power transfer. 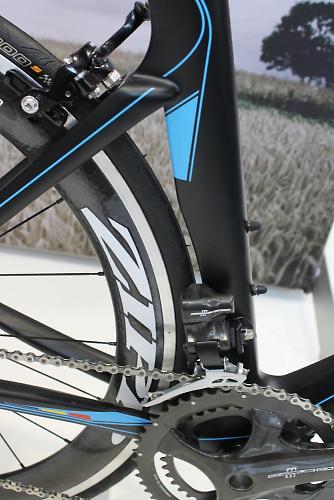 The frame is made from a proprietary blend of 60T, 40T and 30T unidirectional carbon fibre and features Ridley’s in-moulded F-Surface, a treatment that’s designed to create an area of micro-turbulence around the leading edge of the frame which ultimately leads to reduced drag. You can see grooves running along the down tube, for example. The down tube is cutaway around the trailing edge of the front wheel while the seat tube is cutaway around the leading edge of the rear wheel, the idea being to manage the airflow in both of those areas. The Noah SL’s seatstays are shorter than those of the Noah Fast. Rather than joining the seat tube next to the top tube junction, they meet it much lower down, reducing the frontal area as well as the amount of material used. 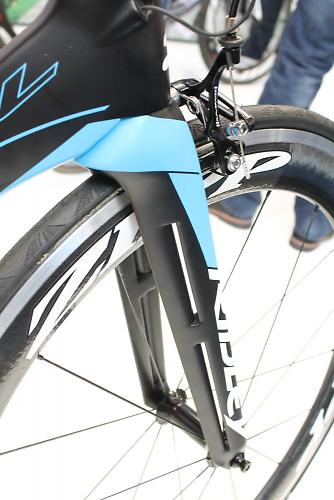 The Noah SL features Ridley’s F-Splitfork which is also intended to improve the aerodynamic performance. Each fork leg is divided into two narrower elements with a small gap down the middle. It’s made from a different blend of carbon fibre to the frame (40T, 30T and 20T). The fork crown is integrated into the head tube/down tube, unlike on the Noah Fast where the fork sits below the head tube in a traditional way. The Noah SL comes with a tapered head tube, like pretty much every other high-performance road bike these days, and an oversized PressFit 30 bottom bracket, both of those features being designed to add stiffness. 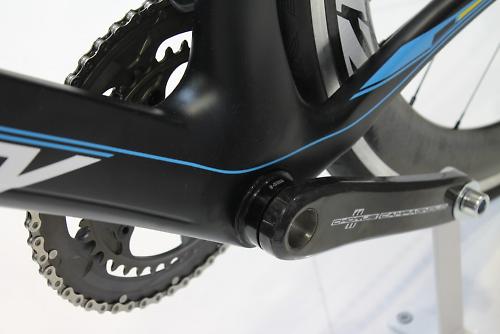 The cable routing is internal and the bike is compatible with both mechanical and electronic shifting – again, there’s nothing unusual about that these days. 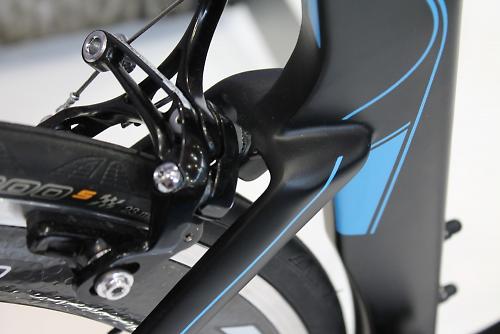 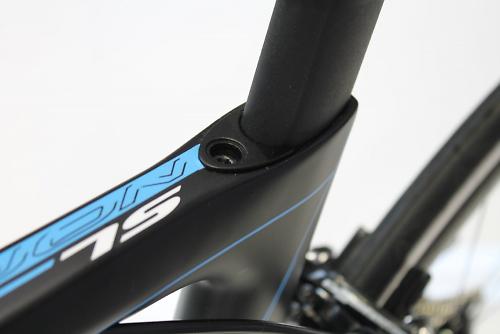 The Noah SL has an aero seatpost that uses a wedge-style clamp with the bolt sitting inside the top tube. The Noah Fast, on the other hand, has an integrated seat post.

The Noah SL is available as a frame and fork and in four different complete builds. The top specced version is the Noah SL 10 with a SRAM Red groupset and Zipp 404 Firecrest clincher wheels. The Noah SL 15 comes with Campagnolo Chorus EPS and Zipp 60s, the Noah SL 20 gets Shimano Dura-Ace and the same wheels while the Noah SL 30 has a Shimano Ultegra groupset and Fulcrum Racing Quattros.

We don’t yet have UK prices. For more info go to www.ridley-bikes.com.