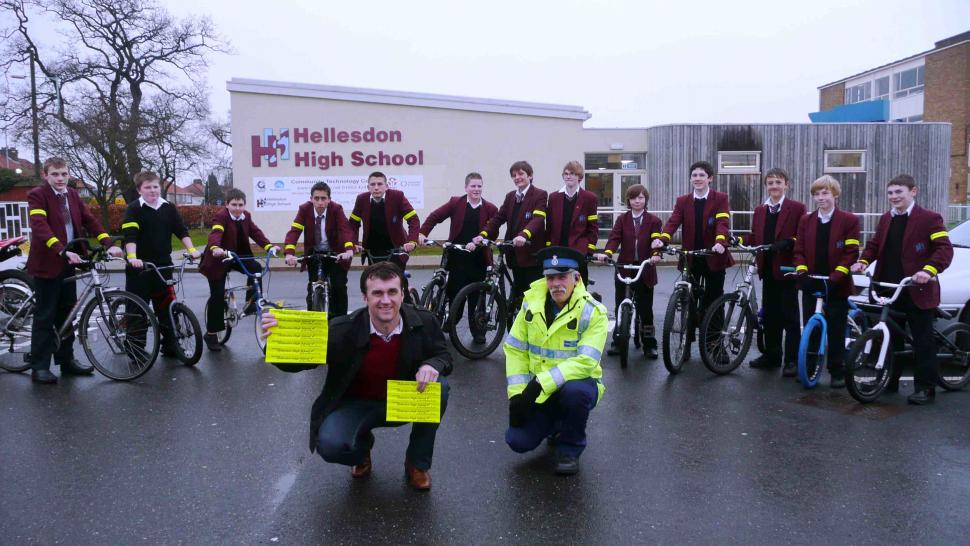 Force backs campaign reported yesterday, but officers won't be making children get off and walk...
by Simon_MacMichael

Norfolk police have told road.cc that they won't be stopping children from riding their bikes to a school in Norwich if they don't wear reflective gear, but they do support the initiative, which we reported on yesterday.

The original press release from the force, while saying that police backed the initiative, omitted to mention that it would be staff from the school stopping the children, rather than police officers.

Before putting yesterday’s article up on the site, we phoned Norfolk Constabulary to find out if they really would be telling children to get off their bikes and walk instead, but with this being a local rather than force-wide initiative, it seems our voicemail message didn’t get to the right person – so much for technology making life easier.

A spokesperson from Norfolk Constabulary has now clarified the situation, telling us: “The initiative was launched by the school as part of a priority recently set at the Hellesdon and Horsford Safer Neighbourhood Action Panel meeting. At this meeting a group of locally based statutory agencies, including the police, come together with local residents to discuss and agree the three key community issues to be addressed by the partnership.

“Cycle safety at Hellesdon High was raised as a concern by some residents and school staff, who were worried about children's safety on the roads, and agreed as one of the priority issues to be addressed. In response, the school decided to take a number of measures to help improve the safety of children travelling to and from school - this included the issuing reflective equipment and educating those youngsters who may be putting themselves at risk. The police support this action.

“The whole priority setting process is about identifying issues, either causing concern to residents or affecting their quality of life, dealing with them and making the neighbourhood a safer place to live.”

While that clarifies the issue from a police point of view, the fact remains that implementation of such a rule on the school’s part could be seen as promoting the idea that cycling is an inherently dangerous activity, as highlighted by cyclists’ organisation CTC whom we quoted in yesterday’s article.