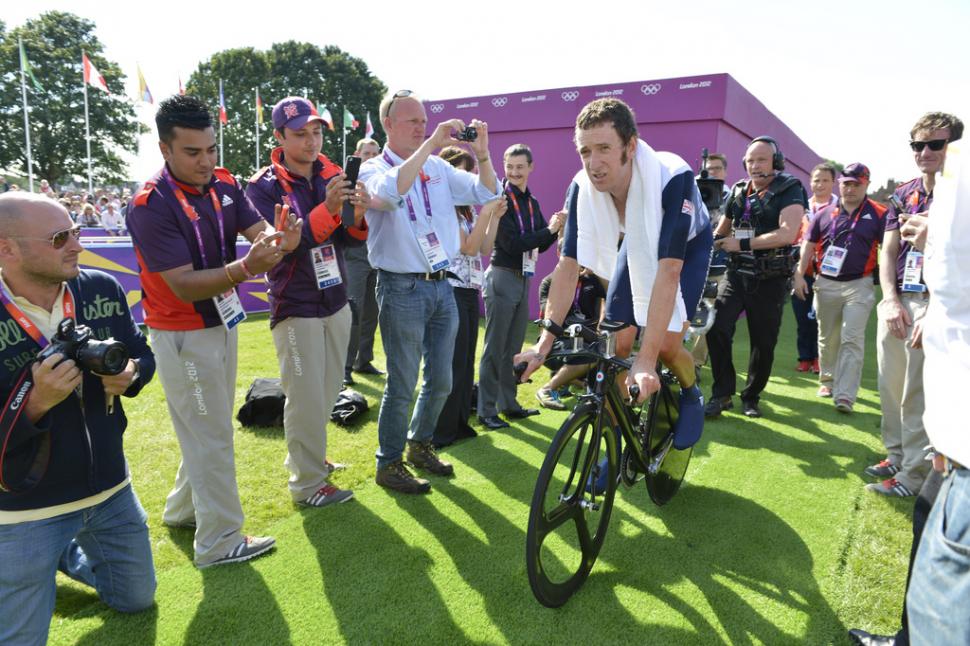 Britain's first Tour winner will ride Paris-Roubaix with Sky then concentrate on Rio 2016...
by roadcc staff

Bradley Wiggins has signed a contract extension that will see him ride with Team Sky up to and including Paris-Roubaix 2015, the team announced this morning.

Wiggins joined Team Sky for its inaugural season in 2010 and in 2012 when he became the first British rider to win the Tour de France.

During his time with the squad he has claimed 23 victories. In 2013 he was knighted for his services to cycling.

The new deal extends his contract with Team Sky until the end of April 2015, taking him into his sixth season with the team. He will then focus on preparing for the 2016 Olympic Games in Rio.

Wiggins said: "Everyone knows what this team means to me so I'm really pleased to extend my contract until the end of April 2015. I've been with Team Sky from the start. I've had some amazing experiences during that time and I hope there are a few more to come. Sky's investment in cycling, and this team in particular, has helped change the cycling landscape in the UK and I'm proud to have played a part in that story.

"Paris-Roubaix is a special race for me and I'm determined to give it another go in Team Sky colours. It's one of the toughest races in the calendar and my aim is to improve on my ninth-place finish last year. After that I can focus fully on preparing for the Rio Olympics in 2016."

Team principal Dave Brailsford said: "We're delighted that Bradley's extended his contract with Team Sky into 2015. He's been with Team Sky since the beginning and during that time he's been an incredible ambassador for cycling and an inspiration to millions of people around the world.

"Rightly he still has big ambitions for the future and everyone at Team Sky will work their hardest to make his final chapter with us a successful one over the next few months."