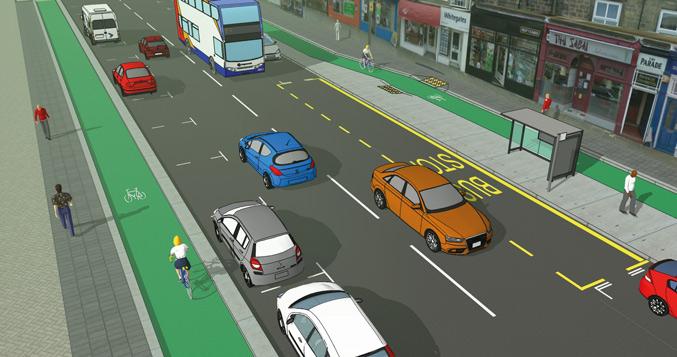 With an extra £22 million to spend on cycling infrastructure after yesterday's announcement of a second round of Cycle City Ambition funding, Manchester stands a chance of ending up with a decent cycling network. The first renderings of how the city's Wilmslow Road might look have cycling advocates cautiously optimistic.

The extra funding means Manchester has £42 million to spend on cycling facilities, and is set to build 100km of cycle lanes around the city.

Renderings of the flagship Wilmslow Road project, along a route that carries 2,000 riders per day, show fully kerb-protected cycle lanes on both sides of the street; a floating bus stop; and even enough space between bike lanes and parking spaces to prevent riders from getting doored when people get out of their cars. 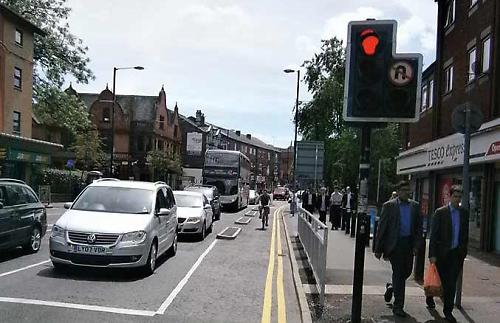 The schemes around the city will also feature various other types of protection, such as the gapped kerbs above, and off-highway routes across parks will be upgraded to all-weather, tarred surfaces.

When the consultation for the new plans was announced, the cycling advocacy organisation tweeted: "Has taken some effort to get to this stage, suggestion for lanes between parking and pavement met with astonishment 1yr ago!"

Previous plans for cycling infrastructure in Manchester have been slammed by advocates as inadequate or as the spending of cycling funds on facilities for busses. 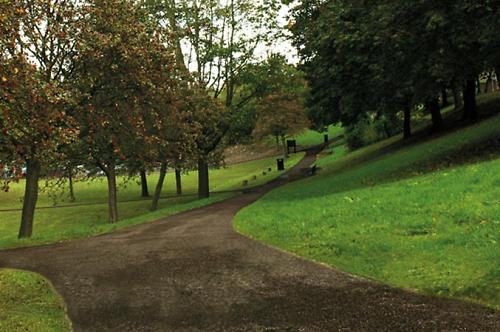 Off-highway routes will be tarred for a smoother ride

They're dancing in the streets just yet either. GM Cycling Campaign tweeted: "Scepticism is valid re #cycling infra, esp given previous half-hearted attempts."

Nevertheless, the Manchester Evening News reports that city transport chiefs insist the planned routes will revolutionise cycling in the city.

Councillor Andrew Fender, chairman of the TfGM Committee, said: “This is great news that will allow us to build upon the fantastic work already under way to make cycling a mainstream option for everyone, regardless of age or ability.

“We have set ourselves an ambitious target – 10 per cent of all journeys to be made by bicycle by 2025 – and the next phase of our Cycle City programme will play a crucial part in achieving it.

“The funding announced today will allow us to build on our established ‘Better By Cycle’ programme of training, information and improvements to cycle facilities.

“The revolution has begun, and we’re building fantastic momentum towards our goal.” 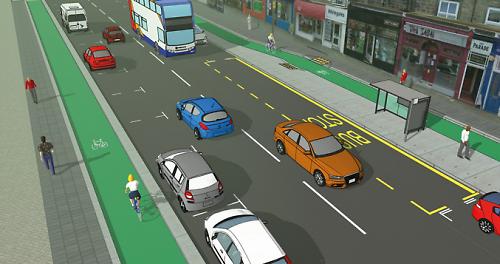 Consultation has opened on the Wilmslow Road route

The next step is a consultation period on the plans for Wilmslow Road, and support from the area's businesses will be crucial.

GM Cycling Campaign tweeted that the changes would make the area "more pleasant to visit. Lots of evidence to say traders should be VERY happy".

They said: "Campaigners should put time aside to help convince traders this will be a huge opportunity for them."

The project must be finished by September, according to GM Cycling Campaign. "Start date will depend on consultation responses - hope they're mostly supportive!"