A £2,600 carbon road bike built to a ‘relaxed race’ geometry and equipped with a Shimano Ultegra Di2 groupset
by Mat Brett

The £2,599.99 Nivolet LC 6 is the first bike from Germany’s Ghost that we’ve ever had in for review here at road.cc, but you might recognise the frame because it’s the same as the one at the heart of the Lapierre Sensium that we reviewed last year.

How come? Ghost and Lapierre belong to the same parent company (the Accell Group, if you’re interested). That frame is made from carbon fibre and it’s built to what you might call a ‘relaxed race’ geometry. 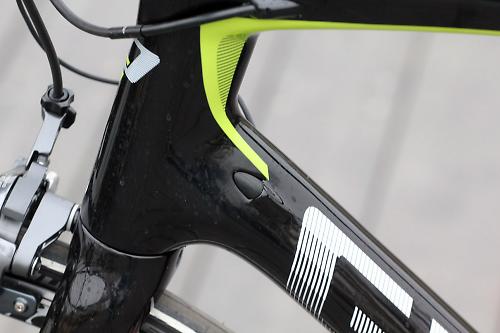 To put some figures on it, our large sized test bike comes with a 550mm seat tube, 565mm top tube, and 180mm head tube. The reach (the horizontal distance from the centre of the bottom bracket to the top of the head tube) is 385mm and the stack (the vertical distance between those points) is 575mm. 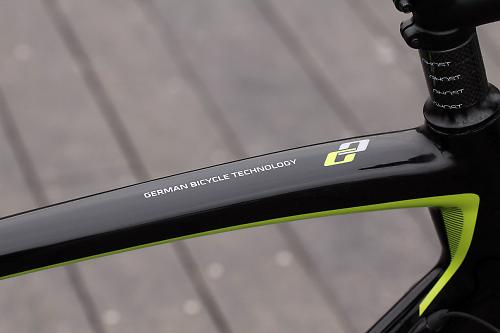 In other words, the Nivolet’s geometry is performance orientated, but not quite as aggressive as that of a traditional race bike.The front end is a little higher and a little closer to you than you’ll find on a full-on race machine, so the ride position is a touch more relaxed, but the designers haven’t completely abandoned the idea of aerodynamic efficiency. 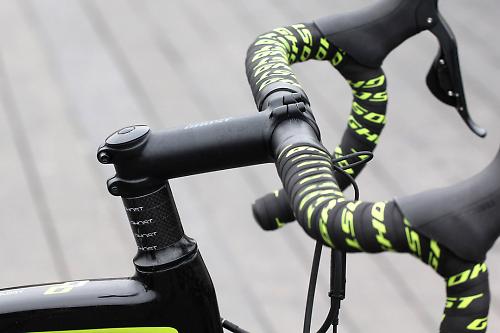 Saying that, our bike came furnished with a helluva tall stack of headset spacers underneath the stem to lift the handlebar higher. We’re going to have to swap at least a couple of those out before we take the Nivolet out on the road. 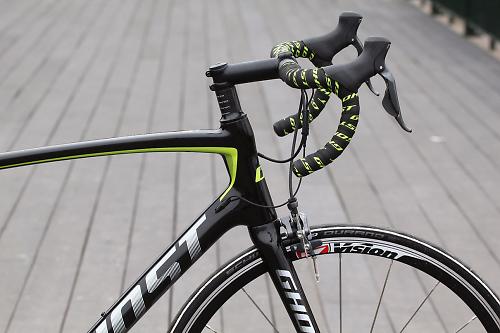 Several different Nivolets are available, starting with the £940 Nivolet 2 in a Shimano Tiagra build. Our model, the Nivolet LC 6, is the top one brought into the UK by distributor Hotlines. 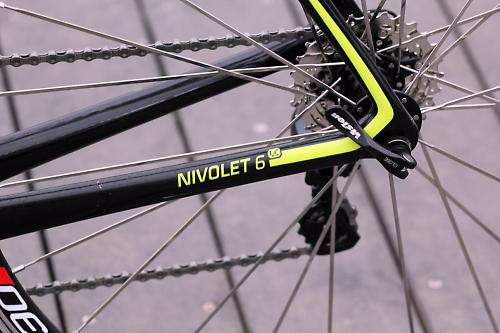 This model is built up with a Shimano Ultegra groupset, including Di2 electronic shifting. You’ll probably already know that Ultegra is Shimano’s second level road groupset, sitting below Dura-Ace in the hierarchy. We’ve used it plenty in the past and know that it offers a superb performance. 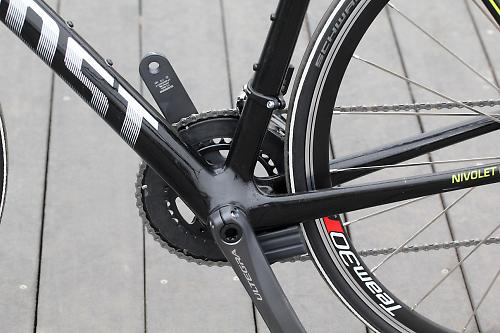 On most bikes these days the Di2 battery is hidden away inside the seatpost, but Ghost have used an external battery and fitted it underneath the bottom bracket. The positioning looks a little dated now. 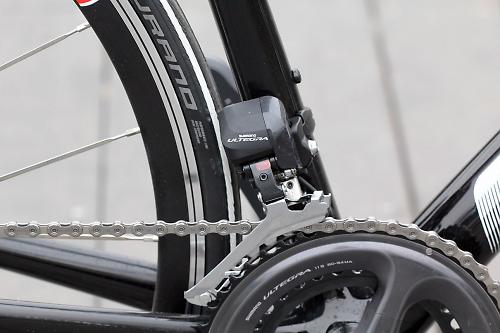 Ghost have stuck with Ultegra pretty much across the board, the shifters, derailleurs, brakes and compact chainset all coming from that groupset. The only exception is the 11-28-tooth cassette that comes from the next level down, 105. 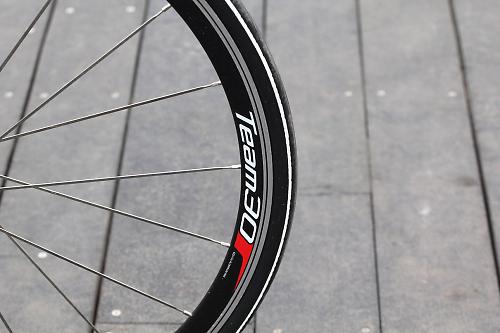 The wheels are Vision’s Team 30 alloy clinchers that would cost you about £300 if bought separately. The 30 refers to the rim depth in millimetres, the idea being to provide an aero benefit, although that also largely accounts for the fact that they’re not especially light (1,770g, according to Vision). The wheels come fitted with Schwalbe Durano 25 tyres, 25s fast becoming the default option on the road. 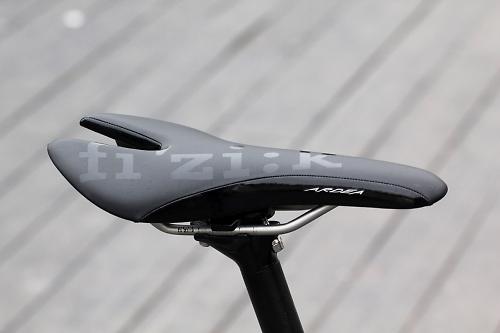 The bar, stem and seatpost are all Ghost’s own aluminium offerings while the saddle is a Fizik Ardea with manganese rails. The complete bike weighs 8.01kg (17.6lb). 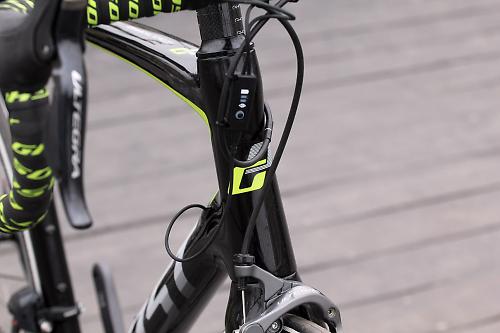 Of the road bikes that we’ve reviewed on road.cc recently, the closest in price to the Ghost Nivolet LC 6 is the £2,699 Eddy Merckx SanRemo76. That’s a performance bike with the mechanical version of Shimano’s Ultegra groupset. It costs £3,349 if you want to go for Ultegra Di2.

The £2,499.99 Cannondale Synapse Carbon Ultegra Disc comes with Shimano RS685 hydraulic disc brakes and a mechanical Shimano Ultegra groupset, so it’s really difficult to compare to the Ghost in terms of value.

The £2,299.15 Canyon Endurace CF 9.0 SL offers superb value with a mechanical Shimano Dura-Ace groupset but it’s not available in an Ultegra Di2 build. If you want Ultegra mechanical, though, it’s priced at an incredible £1,549.

Right, it’s time to get the Nivolet LC 6 out on the road to see how it handles. We’ll be back with a review shortly.