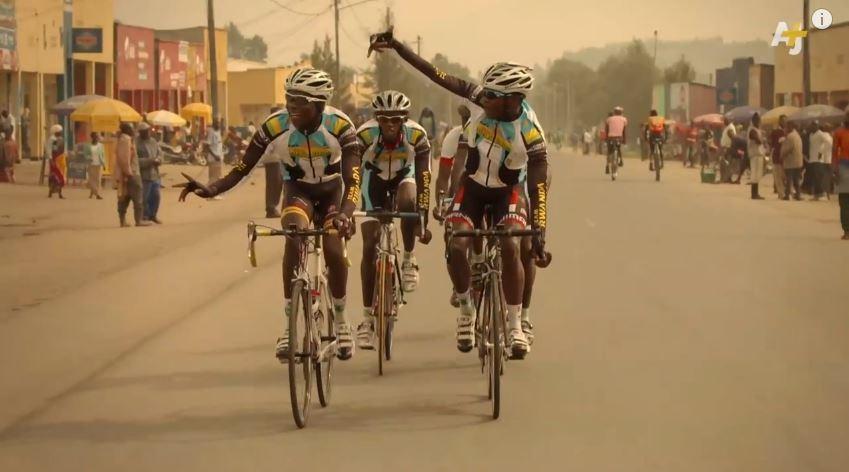 Leonardo DiCaprio and Michael Bay will produce a film about the Rwandan national cycling team and the life of Jonathan 'Jacques' Boyer, the team's founder.

Boyer was the first American to compete in the Tour de France, and moved from the US to start the country's first road cycling team in 2007, which enabled Adrien Niyonshuti, to compete in the London 2012 Olympics cross-country mountain bike race.

Niyonshuti lost six brothers in the Rwandan genocide, and cycling has become a symbol of that reconciliation following the 1994 genocide, when 800,000 people, mainly from the minority Tutsi community, were killed. The story of the team's development is also told in Tim Lewis' book, Land of Second Chances: The Impossible Rise of Rwanda's Cycling Team.

The film will be produced by DiCaprio's company Appian Way Productions, and Michael Bay's Bay Productions, but will not star DiCaprio, it is understood. Though the plot has not been confirmed the film is expected to centre around the colourful life of Jacques Boyer.

Boyer competed five times in the Tour de France in the 1980s, during which he was remarked upon for being a very religious man, and a vegetarian.

Boyer moved from the US and in 2007 founded Team Rwanda, after being jailed for a year for lewd behaviour with a teenager. Team Rwanda was arguably as much a second chance for him as for the men he coached, many of whom came from poverty.

Niyonshuti, now 28, came to Boyer's attention in 2006 when Boyer was working on a project which imported cargo bikes for coffee farmers, a project which improved transport times - and therefore freshness - of coffee beans and helped farmers get a better price for their coffee crops.

Earlier this year a short documentary was released about a young cyclist who joined Team Rwanda after being inspired seeing them out riding. A feature length documentary, Rising from Ashes, tells Niyonshuti's story.