The Kuota-road.cc cycling team made its racing bow this weekend. Kuota-road.cc? Yes, there's been a change of sponsor after Planet X decided that criterium racing didn’t fit with its strategy – so we are proud to unveil the Kuota-road.cc team… we'll be unveiling the jersey soon but for their first race Kuota-road.cc rode in Continental kit.

The team made its debut at the Eddie Soens Memorial at Aintree Racecourse in Liverpool on Saturday, more of which later, but first we’d like to introduce you to the riders and management, many of whom come from what was the Plowman Craven-Madison team which ran into problems last year after Plowman Craven hit financial problems. 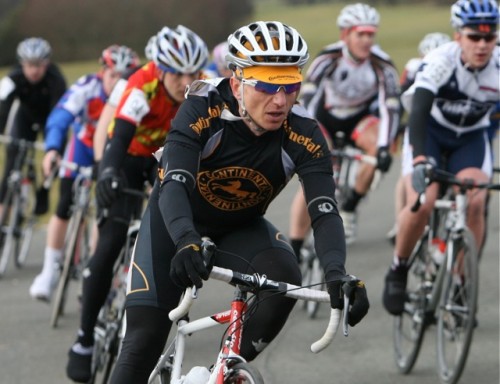 We believe that it’s a talented set up which blends promise with experience, and we’re confident we’ll be celebrating many successes on the road in 2010 together wih co-sponsors Continental, High 5 Sports Nutrition and, of course main sponsor, Kuota. We will be bringing you plenty of news about the rider's progress throughout the season as well as some behind the scenes looks at their equipment, race preparations, and training schedules. So let's meet the team that raced at the weekend, we'll give you a full line-up with pics in their new team kit soon…

A widely-known and well-respected ex-professional and former National Junior Road Coach, Eddie has considerable experience in managing teams at National and World Championship level, and has been responsible for bringing a number of our current professionals through from the junior ranks.

Cherie is a former National Squad rider and competed seven times in the Tour de France Feminin and once in the Giro D’Italia Femminile. Cherie’s experience in working and bringing on young riders has been recognised at the highest levels of the sport. 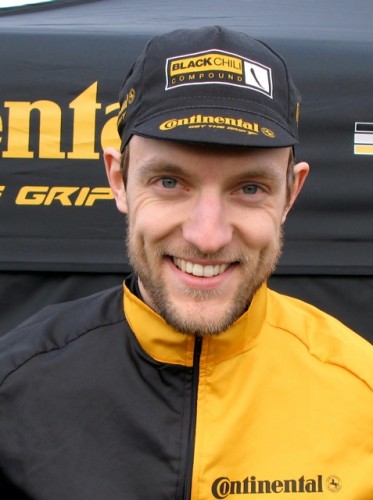 Nicknamed “The Flying Dutchman” or simply “JJ,” the 25-year-old from the Netherlands is based in Loughborough and is a crit specialist and sprinter, with top ten placings in the Tour Series to his name. Winner of two rounds of the National Criterium Series, he was one of the fastest riders in the UK during 2009.

Another 24-year-old Dutchman, Jef is a former international speed skater before switching to cycling, with 11 victories, seven second places and five third places to his name in 2009. Ranked number two in the Netherlands, and came sixth on Stage 6 of UCI 2.2 category race, the Tour de Faso. 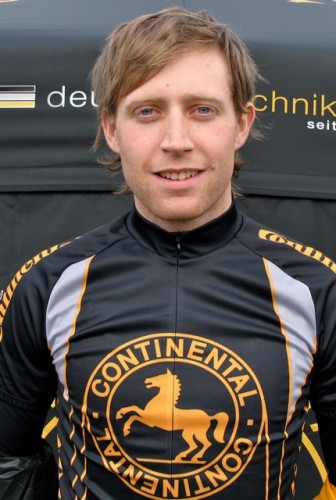 “Moz” is aged 22 and comes from Derby. A team sprinter with five wins in 2009, he is a crit specialist and a past winner of the Under-23 National Criterium Series. 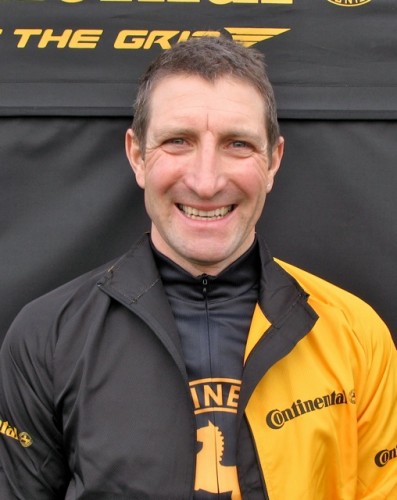 Nicknamed “Tinhead,” Andy hails from Burscough and is an elite category rider and criterium specialist, bringing years of experience to the team. Aged 39, Martin is based in Milton Keynes and is a sprinter and crit specialist and team domestique. Listed in the top 20 in the Elite rankings in 2009, his nickname is “Sarg.” 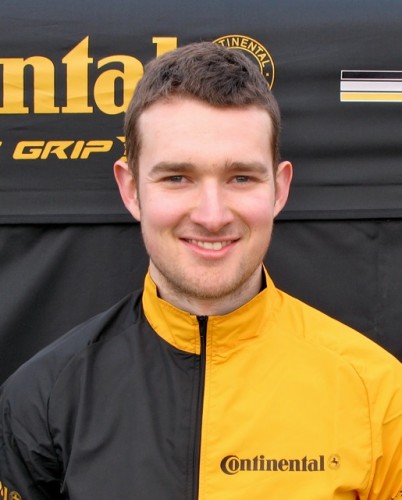 Dan comes from Wolverhampton and is 23 years of age. He’s an all rounder with a particular talent for time trialling, is a past British Cycling Under-23 Time Trial Champion, and spent two years based in Belgium. Last year, he won the Points Competition Green Jersey in the Kalas Cup Two-Day event in Somerset.

Aged 19 and living in Tamworth, Tom is a climber and all-rounder and the brother of Garmin-Slipstream’s Dan Martin.

Saturday's debut race at the Eddie Soens Memorial didn’t produce a maiden win for the team on its first outing – victory went to Joshua Edmondson of Motorpoint Marshalls Pasta – but the team, riding in Conti shirts while we get the new jerseys finalised, did provide a moment of drama when Jefte de Bruin was involved in a spectacular crash after being brought down and while he landed hard, Cherie assures us that nothing was broken. 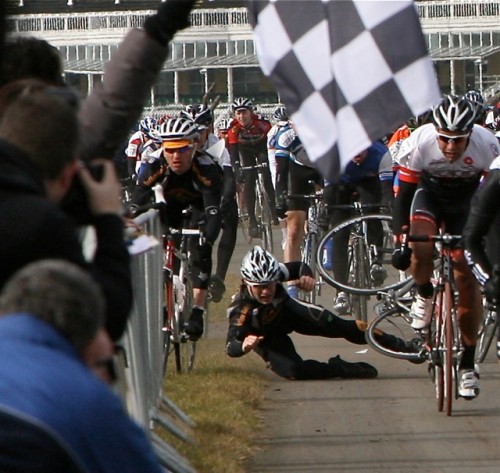 Jon Mozley also managed to get himself into the spotlight, getting off the front early on with none other than Team Sky’s Ben Swift, who was riding the event as a break from his preparations for the World Track Championships in Copenhagen later this month. 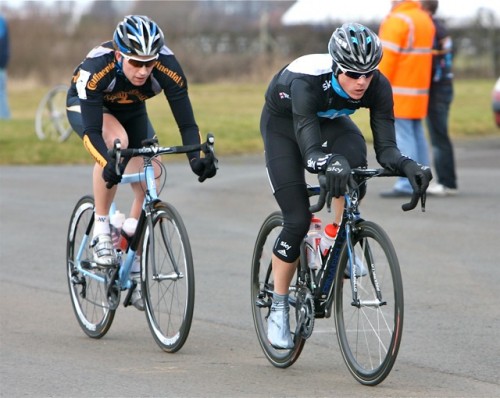