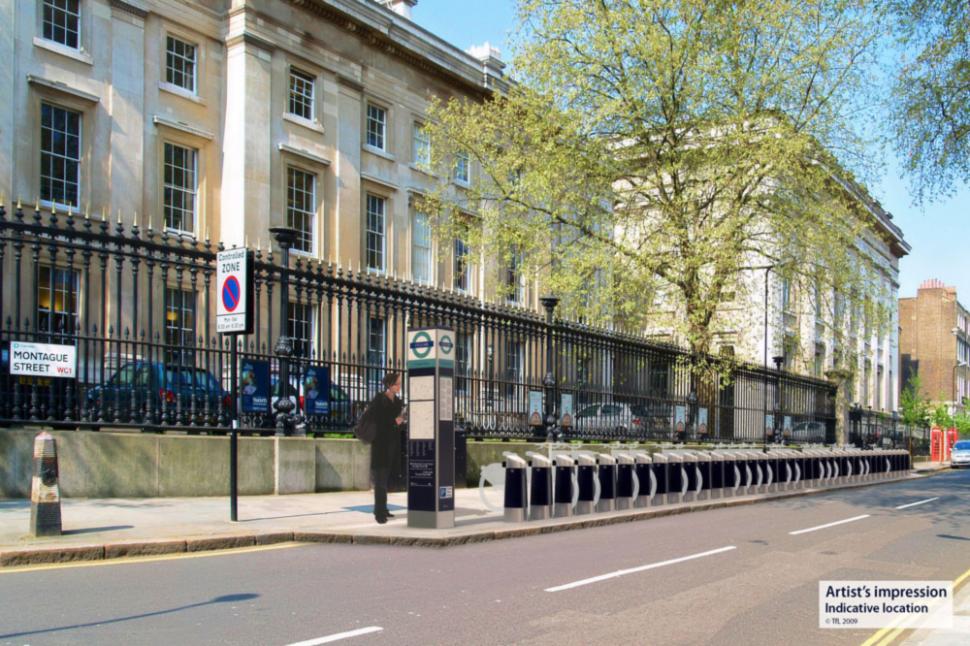 Mayor of London Boris Johnson and Transport for London (TfL) have announced that the much-anticipated London Cycle Hire scheme will go live on Friday 30 July 2010.

Ahead of the launch date, a series of 45 roadshows will be held across central London starting at the end of May, with dates and venues to be announced on the TfL Cycle Hire website nearer the time.

TfL says that “each roadshow will provide practical demonstrations, hints and tips - including how to register for the scheme, how much it will cost to use, and how to pick up and drop off hire bicycles from the docking stations.”

It adds that “Existing or potential cyclists will also be given safety tips, details of cycle routes and will be encouraged to sign up for TfL-funded cycle training through their local borough council.”

Mr Johnson, said: "In just four months London will glitter with the twinkling dynamo lights of thousands of shiny cycle hire bikes, allowing Londoners and visitors to zip around the streets unfettered from timetables, queues and crowds.”

He continued: “What we are creating is not just a cycle hire scheme, but a new form of public transport of the greenest and healthiest of kinds. It will become the cornerstone of the cycling revolution in the Capital and will, I'm sure, convert legions of people to the pleasures of pedal power."

David Brown, Director of Surface Transport at TfL, said: “When the London Cycle Hire scheme launches on 30 July it will be the most sustainable, environmentally friendly and healthy form of public transport ever seen in the Capital. TfL is providing additional funding to boost the provision and effectiveness of cycle training in advance of the launch, and will host a packed roadshow programme giving people all the information they need to get the most out of this exciting scheme."

The scheme, which will be operated by Serco and is based on the Bixi cycle hire initiative in Montreal, will enable users to pick up one of 6,000 hire bikes from some 400 docking stations throughout nine London Boroughs as well as a number of Royal Parks. It is hoped that it will result in at least 40,000 extra cycle journeys a day in Central London.

The fact that the scheme is being launched on the last Friday of the month is bound to cause a few wry smiles in London’s cycling community, raising the prospect of at least some of the bikes being ridden during that evening’s Critical Mass.