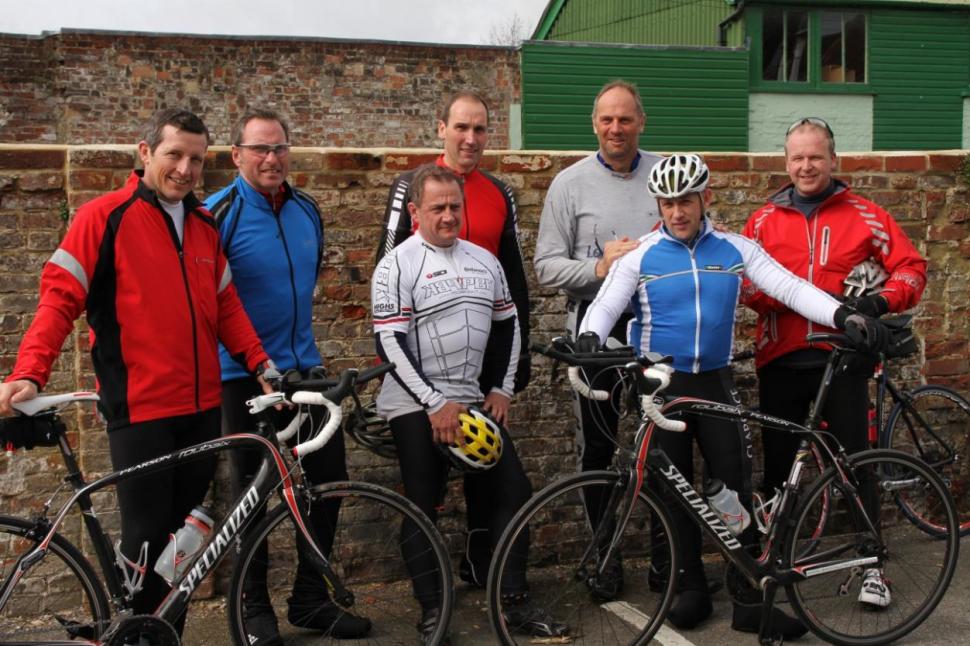 Sir Steve Redgrave to take on Race Across America

Olympic legend to ride as part of team of eight former rowers in 3,000-mile race
by Simon_MacMichael

Sir Steve Redgrave once famously told the world that people had permission to shoot him if they ever saw him getting back in a boat, only to return to win a fifth Olympic gold in Sydney, and now he has set himself another tough challenge, this time on two wheels as he takes part in The Race Against America (RAAM).

The former rower has put together a team of eight ex-oarsman, including himself, to take part in the 3,000 mile race with the aim of raising £100,000 for Sport Relief and the Steve Redgrave fund.

Billed as The World’s Toughest Bike Race, RAAM will take the team, called the Redgrave Crew, from Oceanside, California, to Annapolis, Maryland, and they’re aiming to cross the country in eight days, which means averaging a tough 400 miles a day in the saddle.

During the race, which starts on Saturday June 12th, they will pass through 14 states, climb the Rocky Mountains, ride through Monument Valley and face extremes of heat and cold. As if that weren’t hard enough, only one member of the team – besides Sir Steve, the participants are Jonathan Spencer-Jones, Nick Spencer-Jones, Malcolm Cooper, Ian Neville, John Mottram, Francis Paxton and Peter McConnell, most of whom come from Henley-on-Thames or Marlow – describes himself as a cyclist.

Having said that, most rowers do get on their bikes as part of their training regime – while it may not be obvious to the layman, leg strength is a vital part of the sport. James Cracknell – like Sir Steve, a member of the coxless four that won gold at Sydney – has undertaken several bicycle-based challenges, including attempting the Land’s End to John O’Groats tandem record last year with Rebecca Romero, who in 2008 won cycling gold in the Individual Pursuit in Beijing to add to the rowing silver she had picked up in Athens four years earlier.

The average age of the members of the Redgrave Crew is 48, but they believe that their background in competitive sport will help them not only complete the task but also hit their fundraising target.

Sir Steve said “I was looking for a challenge that would give me an excuse to raise a substantial sum for the charity, but would also give allow me to do some hard training and get some real fitness back.”

He added: “The RAAM is an unbelievable race and I’m really lucky to be doing it with a bunch of mates who I know I can rely on. We are aiming to raise £100,000 for Sport Relief and The Steve Redgrave Fund, but also to have a really good time and to push ourselves to the limit.”

Donations to the team can be made through its Just Giving page, and you can also follow their preparations and the race itself through their website and via Twitter by following @redgravecrew.