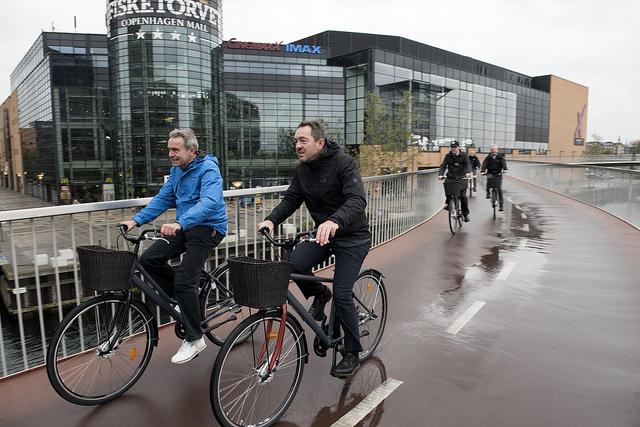 British Cycling’s policy advisor, Chris Boardman, has written an open letter urging the Secretary of State for Transport to end stop start funding for cycling, while issuing a warning that more road building will worsen congestion, and that alternatives are needed.

This week, as part of the Comprehensive Spending Review, £300m was announced for cycling over ten years, a sum branded "pathetic" by campaigners. Boardman argues it is essential that this money is in addition to funds to make roads and junctions safer.

What does the Comprehensive Spending Review say about cycling?

Boardman reminds Transport Secretary Patrick McLoughlin MP that while cycling investment has steadily increased under his leadership it is set to reduce dramatically if new funding is not secured.

He writes: “We have been down this road before. Stop-start investment for cycling does not deliver increases in journeys at a national level. We also know that more road building will lead to more congestion unless alternative options are provided. What is needed is a long-term commitment to deliver the capital and revenue investment needed to make cycling and walking a genuine alternative to our congested roads.”

“The Prime Minister has repeatedly talked of his ambition to see a ‘cycling revolution’ and stated his aim to see investment increase to recognised minimum level of investment of £10 per head per year. This ambition is set out in the Conservative Party’s manifesto which makes a commitment to double the number of journeys cycled.”

Boardman points out that, according to the department’s own statistics, with just a fraction of the overall transport budget cycling can deliver returns of 6:1, higher than HS2 or roads investments.

He tells McLoughlin: “You now have everything you need to deliver. A supportive Prime Minister, a manifesto commitment, a parliamentary majority, cross-party support and the legislation to underpin long term investment has already been passed. You have examples from cities in the UK and other European countries from which to learn, along with the full-throated support of businesses that know an active, healthy workforce is good for their bottom line.”

Evans Cycles’ PR Manager, Chris Snook, said: “We are keen to see further investment in cycle infrastructure to help facilitate travel by bike. Over the last decade participation in cycling has increased by over 20% yet still, only 2% of journeys are by bike.”