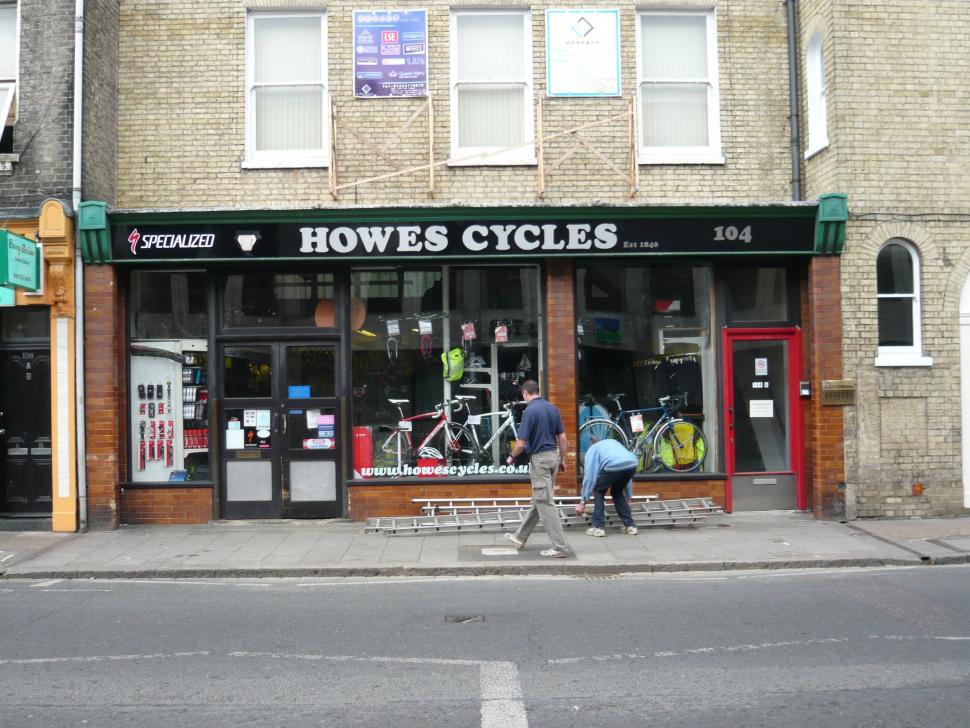 Former Howes Cycles premises in Cambridge to become a pub

The building that was once home to Howes Cycles in Cambridge is to become a pub. Cambridge News reports that the new establishment will pay tribute to its heritage with a series of cycling touches – not least through its new name: The Old Bicycle Shop.

Howes Cycles was one of the oldest bike shops in the UK when it closed in 2013 after 173 years in business. Founded by John Howes in 1840, it was run by his descendants at the same Regent Street location until his great-great-great grandson Michael and his wife Pat retired. Michael said at the time that it was sad his family business was closing but “if your surname is not Howes then you are not taking over”.

Proposals from the City Pub Company indicate that as well as the name, the new pub is set to feature a vintage style delivery bike mounted above the door with bikes also featuring prominently in other branding.

Will Smith, chairman of the Cambridge & District branch of the Campaign for Real Ale (CAMRA), said the plans looked ‘pretty cool’.

"On the whole they seem to know what they're doing. They use local ales, so it's a good outlet for local brewers and local suppliers. It's good things all round really and we certainly support them."

A representative for City Pub Company has previously told the council that food accounts for around 50 per cent of sales at another of its pubs, the Cambridge Brew House, and that it expected it to account for around 60 per cent of takings at The Old Bicycle Shop.

It’s not all bikes-to-booze though. In 2013, we reported on a Surrey pub which had gone the other way. The Seven Stars on East Street, Farnham, closed in 2011 and subsequently reopened as Hoops Velo, a specialist road bike shop. While it no longer serves beer, it has been known to offer free coffee.