The road.cc team head east for the latest installment of our rideout series
by Stu Kerton

The latest team road.cc rideout took place in Chichester on Sunday (21st Feb) with a group of riders heading off from Hargroves Cycles store into the wet and muddy lanes of the South Downs. A morning of mechanicals and high winds were to follow but we still had a lot of fun judging by the mud-splattered grins as we arrived back at the shop.

With my car getting buffeted about on the bypass en-route I was starting to wonder if anyone was going to turn up, but turn up they did and thankfully the rain held off for the majority of the morning.

With the best part of thirty riders huddled together on a grey winter’s morning sipping coffee and loading up with energy gels served from a gazebo it was obvious that there aren’t many fair weather cyclists in this neck of the woods, the ride was on. 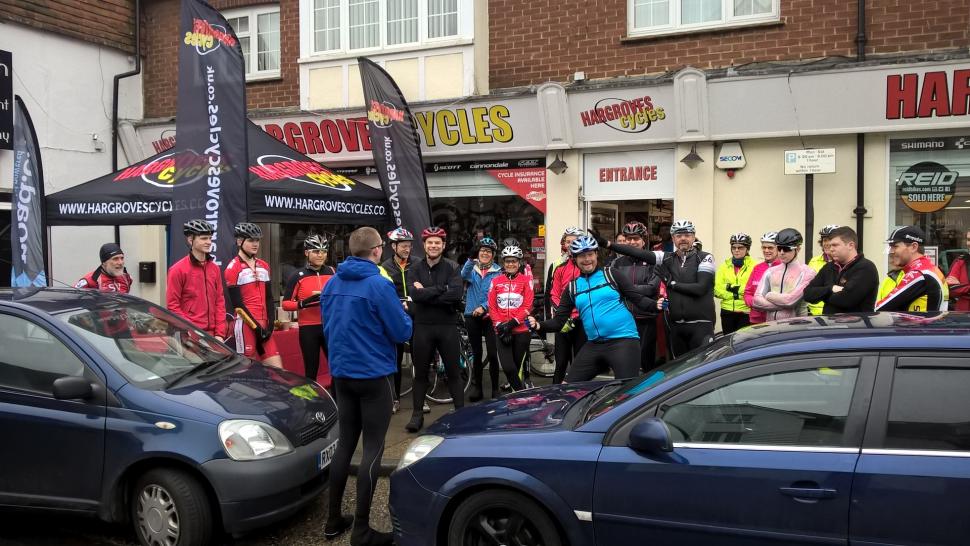 With everyone suitably fed and watered team road.cc club member Ian Upham took charge with a quick rider briefing highlighting the two routes we were running, the longer of the two taking in Harting Hill which was used by the Tour de France back in 1995 don’t you know.

Ian had come up with the routes himself and what crackers they were taking us straight out of the city into the lanes with little to no traffic whatsoever. The hills were there but they were more your ‘tap out a rhythm’ style than lung bustingly steep, a decent test but without seeing anyone resorting to cleats rather than tyres thankfully.

Ian had even included a bit of a sight-seeing tour with us passing Goodwood racecourse although to be fair there was very little to see considering it was covered in a blanket of mist and drizzle.

Soon after it was time for the first of the mechanicals, a knackered link turned out to be the cause of the jumping chain on Alex’s bike but that cycling club camaraderie instantly kicked in with Graham having the tools and know how to get us back underway.

Regrouped and a few miles down the road Hargroves’ chap Rich brought the group to a standstill once again after losing a spoke, it was turning into one of those days!!

Wheel trued we were soon off again with the long group heading off towards the Harting Hill climb and the shorter route skirting around the outside. We were soon to regroup at the bottom of a climb that can only be described as a Tour of Flanders understudy with gravel, mud, potholes and winter debris spread across the singletrack lane.

Unsurprisingly it was here one unlucky lady picked up a dreaded puncture, thankfully the Hargroves staff were on hand to get things fixed followed by a quick blast to the coffee stop at Stanstead house. Thankfully no one wanted to sit outside so we could use the patio area as a makeshift cycle park. 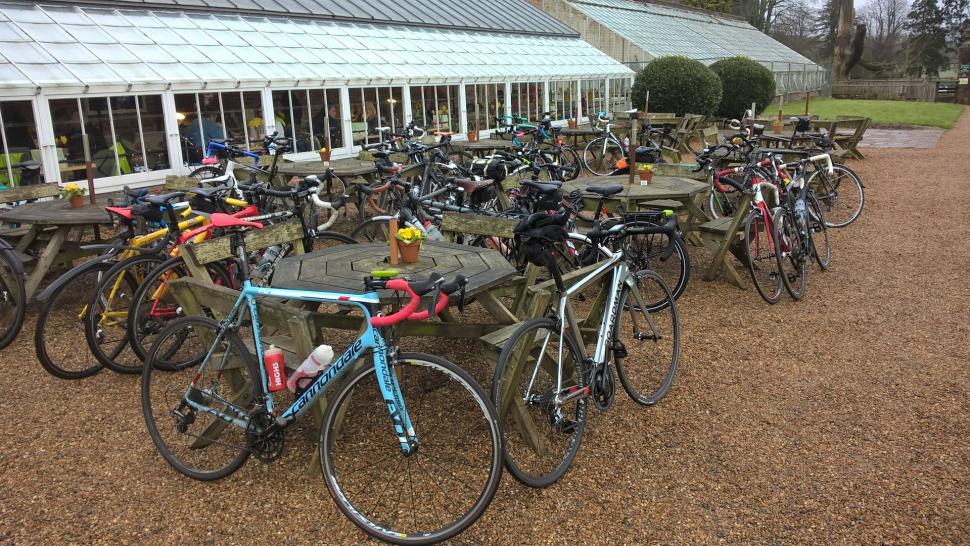 With the majority of the ride done we had just a ten mile, relatively flat route back to Chichester to go which with all of us fuelled by caffeine and cake didn’t take long. The long route gang rolling out first with the newly named ‘sociable’ group bringing up the rear.

Hargroves had laid on their now practically legendary post ride buffet of sandwiches, Italian meats, cheeses and cake ready for when we got back while we dished out a bit of free kit in our Schwagaway to finish of the day.

We certainly had a cracking morning out and judging by the comments and feedback the riders certainly enjoyed themselves too. Thanks for coming out as, as always it’s great to meet and ride with our readers both old and new. 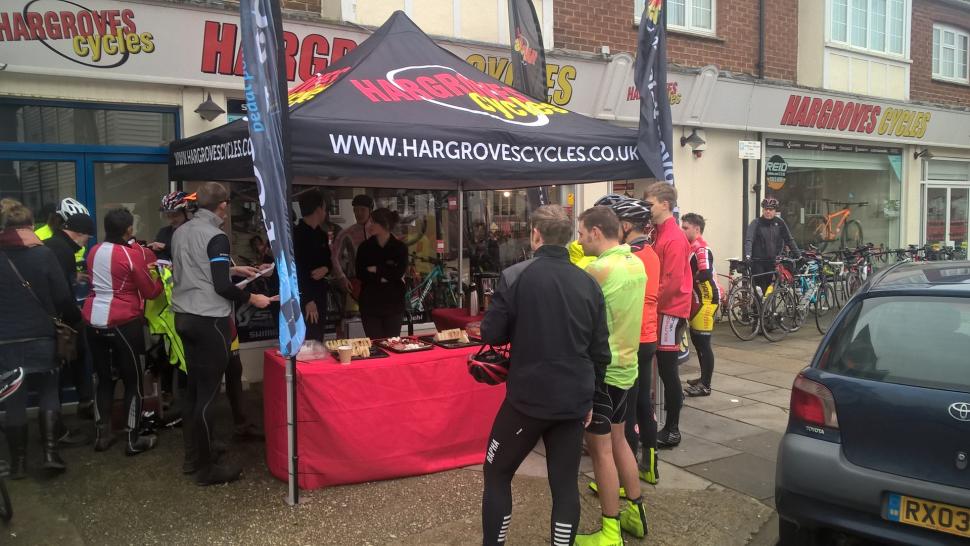 We’re just finalising our next batch of rideouts to take place over the next few months and we’ll be back with the details real soon.

To hear about them first and receive a whole host of other benefits why not join team road.cc.

Check it out here.