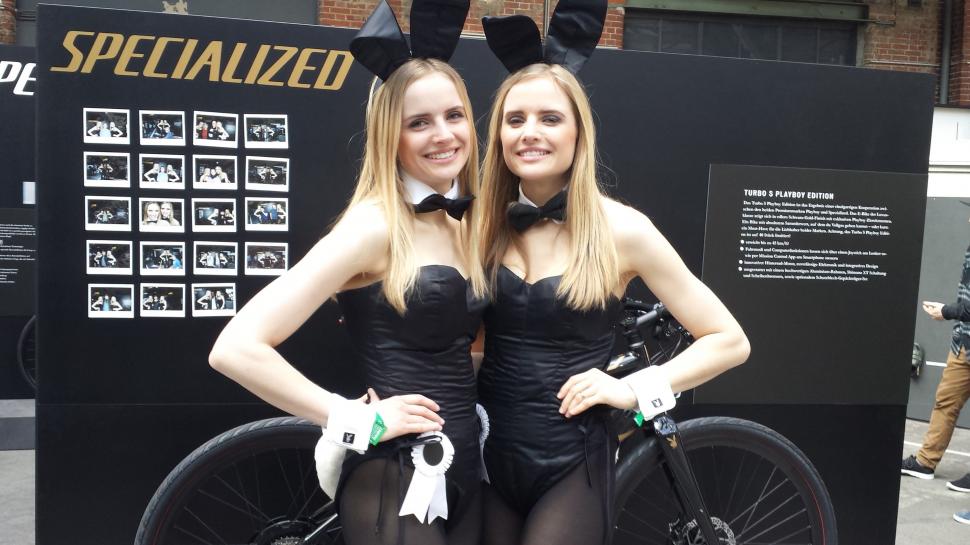 The Specialized Turbo S Playboy Edition was launched at a Berlin bike show alongside women dressed as Playboy Bunnies, which some found offensive
by Laura Laker

Specialized has found itself at the centre of a sexism row after a limited edition Playboy e-bike was unveiled at a Berlin bike show alongside women dressed in Playboy Bunny costumes.

Although the bike was intended for a German market some Brits in attendance at the Berlin Fahrradschau over the weekend expressed shock and disappointment at the association between Playboy and Specialized.

Some complained the marketing was outdated, and discordant with Specialized’s position as an aspirational brand for women, while others say the product's marketing was lost in translation, and German clientele at the show - both male and female - enjoyed the bike, and the presence of the women.

Monika Zamojska, cycle clothing brand House of Astbury co-founder, spotted the “Playboy Bunnies” at the Berlin Fahrradschau over the weekend, and says she feels the marketing contributes to a gender imbalance in the cycling industry and in the sport.

Right, @iamspecialized are you joking?! Is this really happening? pic.twitter.com/BUxUdup3Ww

Zamojska told road.cc: "The reaction were mixed, some people did happily take photos with the models, but not many. A lot of them walked straight past the stand. People I spoke to at the show felt simply uncomfortable with that.

"These women were there to simply to look pretty next to the bike, and reducing women to just their appearance is what makes it so hard for female customers, athletes and women working in the industry to be treated seriously. We are not here to look pretty, we mean business.

"Women have the right to be represented by the industry in the same way as men do and not to be used as a tool to market products to the male audience.

"It might have been a product and a campaign targeted at the local market, but that does not justify it, especially that it only takes one tweet for the whole world to see it."

The editor of Total Women’s Cycling was among those who expressed disappointment at the appearance of Playboy Bunnies.

@monmon_zet @iamspecialized @specializedwmn V disappointed. Looks like someone made bad decision & no one spoke up. Goes against brand ethos

@monmon_zet @iamspecialized good god almighty, I love my bike but it'll be the last time I buy a Specialized

In the UK Specialized positions itself as an aspirational brand for women.

However, the bike is not for sale in the UK. Specialized produced 40 limited edition bikes in black with gold details and Playboy logos, and are marketing it just in Germany. 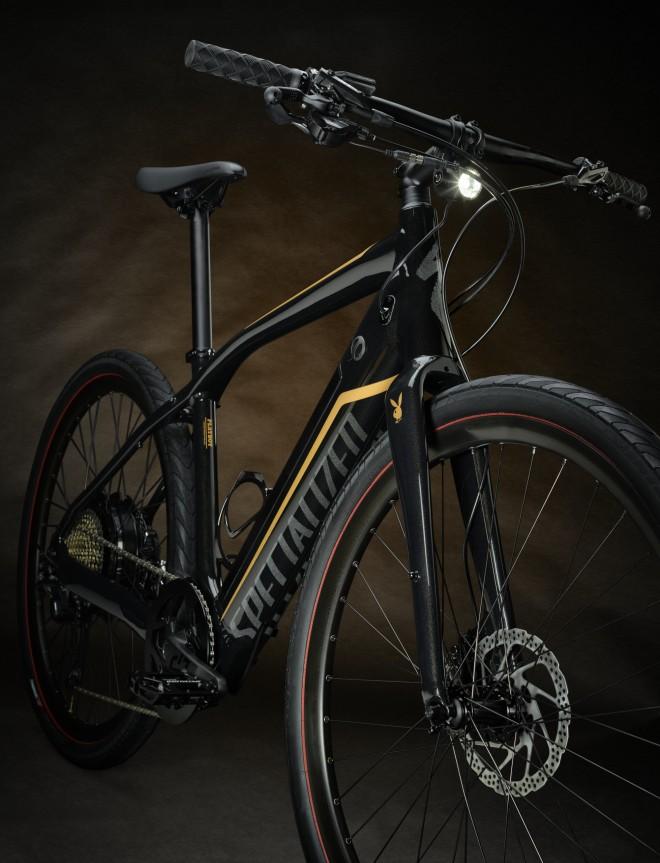 road.cc editor, Tony Farrelly, was at the show on Friday and most of Saturday, when the bike was unveiled. He said: “None of the Germans seemed to care; they loved it. You could have your photo taken with the bike and the bunny girls (and they were posting some of them on the wall) - the times I passed it it seemed mainly to be middle aged, middle class professional couples with the wife getting her husband to go and have his picture taken.”

“I do have a problem with us foisting...UK twitter morality on another nation which clearly doesn't seem to share that outlook. I’ve got to say I was surprised at how uncontroversial it was given the diverse nature of the obviously sophisticated urban crowd - imagine Spin London 10 times bigger and if urban cycling was really mainstream, but still also really trendy.”

“I was surprised to see it, but then we often forget that European countries have differently nuanced cultural points of view on lots of things. For instance sexism aside, lots of Brits would probably regard Playboy as a bit naff.”

Specialized's Dominik Geyer said in a press release: "When the opportunity to a product collaboration with Playboy showed we were immediately hooked! Two premium brands - a joint project. The Turbo S Edition combines Playboy lifestyle, innovative technology and pure joy of cycling. We are proud of the 40 unique bikes."

What do you think? Is the Playboy bike sexist, or is it a case of lost in translation?