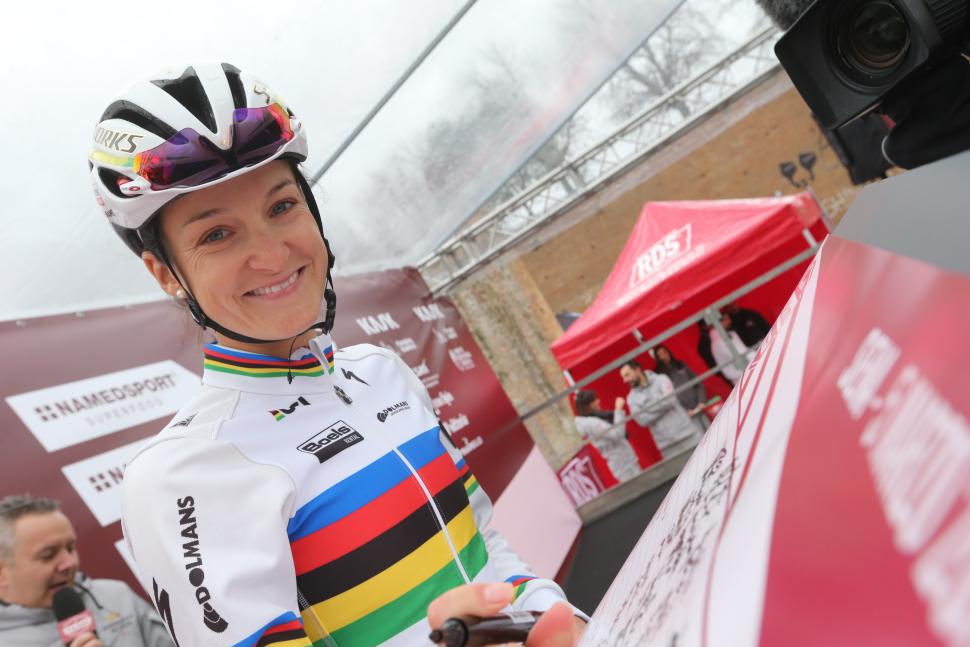 Dutch team "trusts completely that there was no intentional wrongdoing" on world champion's part...
by Simon_MacMichael

Lizzie Armitstead’s Boels-Dolmans team says it “fully supports” the world champion, who has spent this week embroiled in the fallout from the revelation that she risked a two-year ban following three 'Whereabouts' failures.

The 27-year-old is now in Rio ahead of Sunday’s Olympic road race, but her preparations have been overshadowed by the revelation that she was provisionally suspended by UK Anti-doping last month and only cleared to ride at the Olympics after successfully appealing to the Court of Arbitration of Sport (CAS) against the first of the missed tests lodged against her.

Boels-Dolmans, which Armitstead has ridden for since 2013, has dominated the UCI Women’s WorldTour this season, winning nine of the 13 races to date, with the British rider herself taking four victories.

In a statement, the Netherlands-based team said: that it was “relieved” at the CAS decision and that it “fully supports Armitstead’s position and trusts completely that there was no intentional wrongdoing on Armitstead’s part.

“Because of a pending court case, we did not release information about Armitstead’s suspension,” added the statement.

“UCI regulations do not require a team to do this and we strongly believed it was in the best interest of both Armitstead and the team to let this matter be decided by the CAS first.”

In conclusion, the team said that it “looks forward to supporting Armitstead and its other eight Olympic athletes in the upcoming road race in Rio.”

Yesterday, Armitstead published a statement via Twitter in which she gave her version of events regarding the missed tests on 20 August 2015, 5 October 2015 and 9 June 2016.

UK Anti-doping has said it is awaiting the Reasoned Decision from CAS, which is yet to be published.