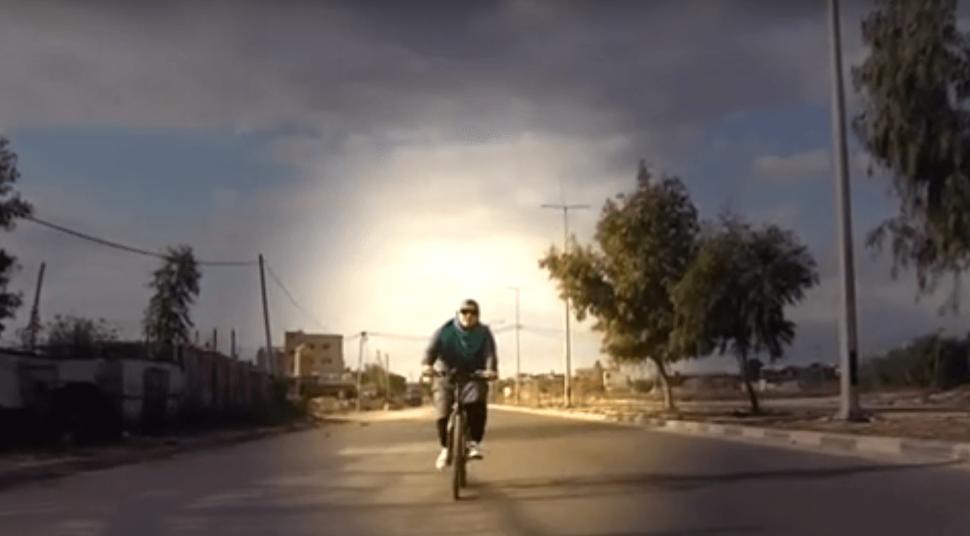 Gaza teacher risks ostracisation and verbal abuse in a country where women are too afraid of the social implications, and the authorities, to ride bikes
by Laura Laker

One woman has decided to break an unwritten law in Gaza – by the simple act of riding a bicycle.

Amna Suleiman, a 34-year-old teacher, lives in Jabaliya camp in Gaza. Although women who have reached puberty fear social ostracisation and the authorities if they cycle, she decided to follow her dream and cycle anyway.

In a clip produced as part of the BBC’s 100 Women 2016 series, Suleiman explains how the bicycle and music provide freedom of expression and an element of control over her life.

Video: Women in Iran defy fatwa forbidding them from cycling

She said: “I’ve always loved bicycles. It was my dream to ride a bike at my age.

“When I first started cycling I knew people would find it unacceptable. People were staring at me, clearly disapproving.”

She tries to encourage other women to experience the freedom of cycling, but there are strong deterrents preventing women from joining her.

“I posted on social media that I was going on a bike ride with two female friends. I asked if any women wanted to join in,” she says.

She says although many women responded, saying they would love to come, on the day none of them turned up.

She says Gaza women need to abide by a strict social code, and those who defy cultural restrictions can become outcasts, and two women she rides with are often verbally abused.

The Islamist movement Hamas has ruled Gaza since 2006. While women have full suffrage, they face a number of restrictions on their lives.

Women prohibited from riding bikes is an ongoing issue in some countries around the world, but Gaza isn’t the only place women are pushing back against misogyny. In Northern Egypt, the BBC reports this week, a group of girls launched a campaign against widespread intolerance towards female cyclists – women who cycle in Egypt can face harassment in the street. The first event was a mass bike ride for men and women in Port Said.