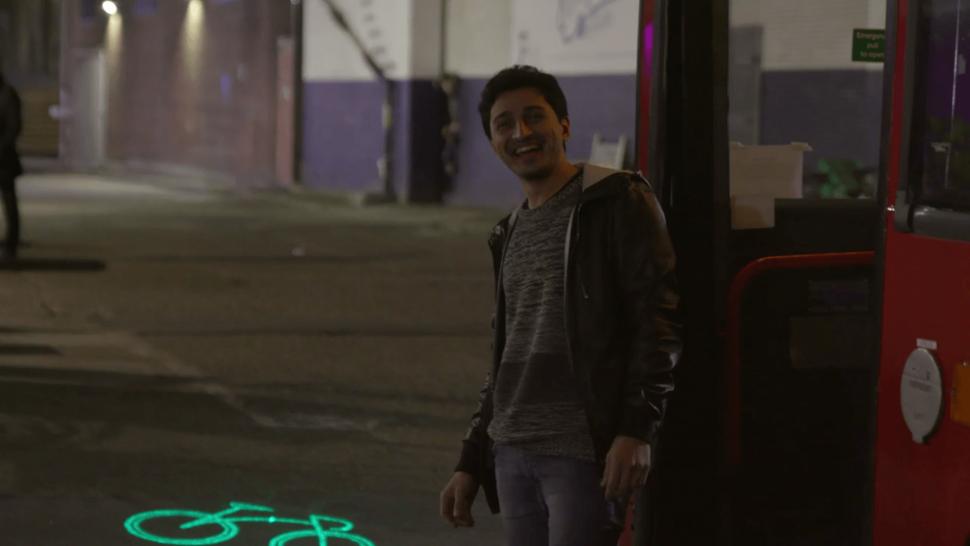 Blaze launches video to highlight extent of bus blind spot. Independent research shows Blaze Laserlight increases the visibility of a cyclist to a bus driver by more than 23%
by Laura Laker

While HGVs usually get the attention for their enormous blind spots, which are implicated in a disproportionate number of pedestrian and cycling deaths and injuries, it’s easy to forget how little a bus driver can see.

Blaze, the company behind Blaze Laserlight – the front bike lights that project the image of a bike on the road in front of the rider, which is being rolled out across London’s hire bikes – managed to hide the nine-piece Hackney Colliery Band in the blind spot of a London bus.

In a short clip, a number of people are put in the driver’s seat, and none could see any of the band from the cab, though they could hear them. They could see the Blaze Laserlights attached to band members' bikes.

Ahead of the rollout of the lasers to the 11,000 bikes in the Santander Cycles fleet, an independent study was commissioned by Transport for London and Serco. The tests, conducted by the Transport Research Laboratory on a range of surfaces and around a variety of vehicles, found Blaze Laserlights increased bus drivers’ maximum visibility at night from 72.4 per cent with a single LED light, to 96.2 per cent with the Blaze Laserlight.

Blaze co-founder Emily Brooke says: "The purpose of the video is twofold, firstly to highlight how big the blind-spot of these large vehicles are - you can fit an entire brass band in one! And secondly to show how a Laserlight makes a cyclist more visible to drivers ahead. It gives them a bigger footprint on the road and can make them seen when otherwise hidden."