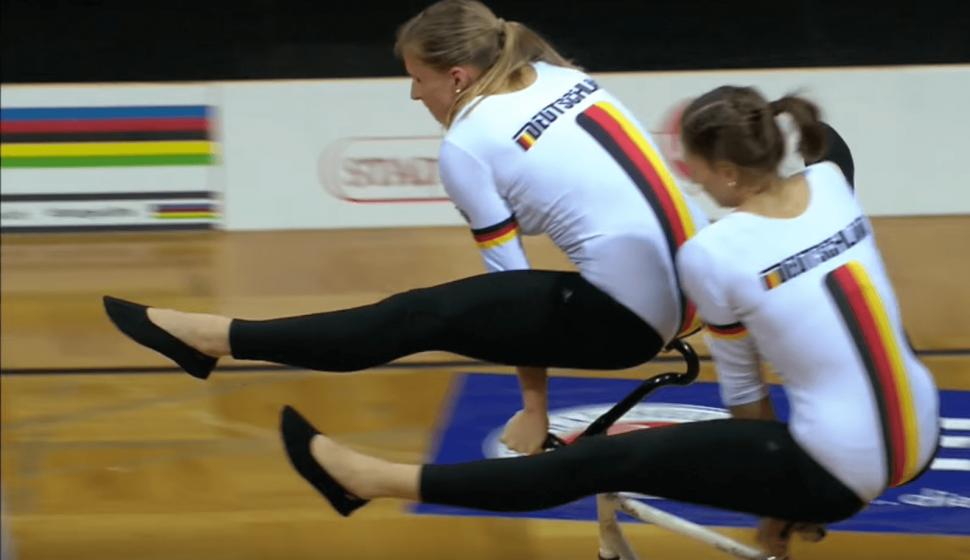 Video: Amazing riding skills on show at the UCI Indoor Championships in "ballet-on-bikes" artistic cycling and fast and furious cycle-ball

Highlights from the weekend's UCI Indoor Cycling World Championships in Stuttgart, Germany, with German riders hoovering up the medals...
by Laura Laker

The UCI Indoor Championships took place over the weekend, at the Porsche arena in Stuttgart, Germany, with German, Austrian, Slovakian and Swiss riders dominating the medals table.

Indoor cycling comprises single, doubles and teams artistic cycling, as well as cycle-ball, a kind of football played with two player teams on adapted bikes, where the front wheel is used to hit the ball, often while riders pull one-handed wheelies. German Lisa Hattemer is the new World Champion in the women's single artistic cycling event. She said: "You train so long for this. It’s unbelievable that I’ve now won the title."

UCI President, Brian Cookson, said:  “This is my first time at an indoor cycling event, but I’ll certainly be back – amazing.”

The UCI Indoor Championships will take place in Dornbirn, Austria, next year.