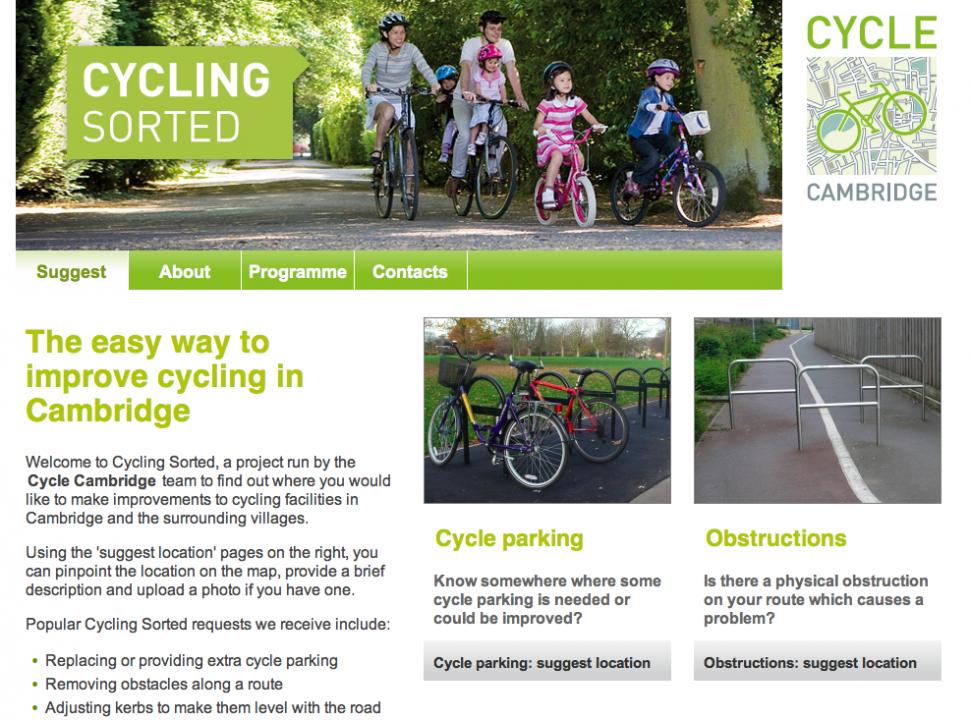 From secure bike parking to route obstructions, Cycle Cambridge wants to hear from you
by Simon_MacMichael

Cyclists in Cambridge are being called on to help identify secure parking spots for bicycles as the city attempts to combat the continuing issue of bike theft, through a new website set up by the Cycle Cambridge team at Cambridgeshire County Council.

The Cycling Sorted website, which has been created by the people behind CycleStreets, the not-for-profit company based in the city that provides a UK-wide Cycle Journey Planner and photomap system, allows local cyclists to make suggestions of where improvements might be made to cycling facilities in Cambridge and the surrounding villages.

According to the website, that could include new sites for cycle parking, removing obstructions on cycle routes, or just general improvements to the cycling environment. The website includes ‘suggest location’ pages where users can provide an exact location on a map, together with a description, and they can even upload a photo.

Each suggestion is then reviewed by a member of the Cycle Cambridge team, and where appropriate, they will arrange for work to be carried out.

A reference number is allocated to individual suggestions to enable them to be tracked, although Cycle Cambridge points out that it may not be able to action every request because of factors such as resources, space, and ownership of the land concerned.

Martin Lucas-Smith, co-ordinator of Cambridge Cycling Campaign and one of the co-founders of CycleStreets, told Cambridge News: “Cycle theft is still a major problem in the city. We urge people to ensure they spend 10-20 per cent of the value of their bike on a good-quality lock and to ensure they lock the frame – rather than just a wheel – whenever leaving their bike in a public place.”

He continued: “We are working with the city and county councils to get more secure cycle parking all around Cambridge,” and urged cyclists to visit the Cycling Sorted site to suggest places where new cycle parking provision is necessary.