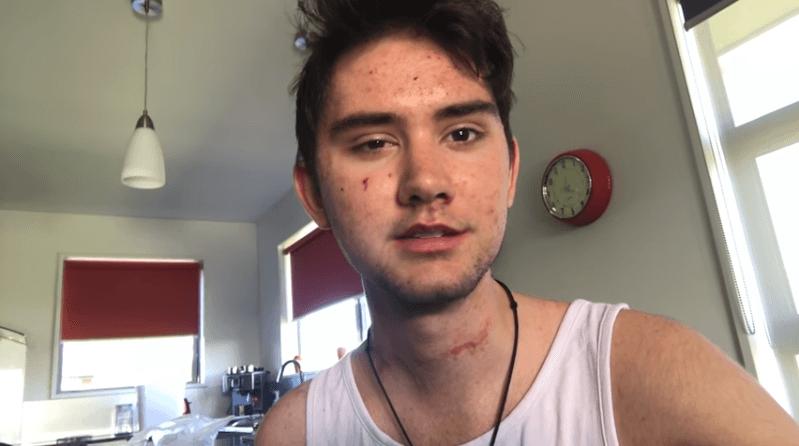 Sporting the scars from his almost-fatal crash last June, Keagan Girdlestone has returned to racing by conquering the 100km Le Race in his hometown of Christchurch, New Zealand; a race he won three years ago at the age of 16.

While he didn't cross the line in first place this time, Girdlestone managed to finish inside the top 50, only 20 minutes slower than his winning time 3 years ago. The fact that Girdlestone finshed the 100km race at all will feel like a victory.

Ten months ago, after the then-Dimension Data U23 rider crashed through the rear windscreen of his team car on a steep descent, doctors told him that he may never walk, talk, or function properly again.

The South African born cyclist severed his carotid artery and jugular vein in the crash. Several of those on the scene of the crash said that they thought he was as good as dead at that point, with several media outlets falsely reporting the rider's death that day.

Girdlestone survived, but it was close. The severance of the veins in his neck caused several strokes and a cardiac arrest on the operating table. New Zealand news website Stuff.co.nz also reports that 30% of the right side of Girdlestone's brain died as a result.

>Read more: Keagan Girdlestone back on the bike 5 months after horror crash

Against all the odds, Girdlestone's recovery has been nothing short of incredible. The teenager even started a vlog to map his progress, which can be found on YouTube, here.

During his recovery support flooded in for Girdlestone. He was welcomed home to New Zealand after surgery with a haka from the children at his old school and pros like Chris Froome sent their support via video other mediums.

The support has continued throughout the youngster's recovery, even making an appearance in the days before this week's race.

Last year's Le Race race winner, two time Olympic medalist, and this year's first seed, Hayden Roulston, gave up his race number so that Girdlestone could have it.

Before the race the returning 19-year old said "It is an honour to be given number one and I will feel very privileged lining up on the start line, and I look forward to finishing with it pinned on my back.

"I'm very honoured that Hayden has given up his number one for me to use on Saturday."

When he crossed the finish line though, Girdlestone wasn't talking about honour, he was talking about a satisfaction as deep as when he won this race in 2014.

"Today I won essentially my own race. I won my own expectations, so the feelings are the same; [it's] the sensation of success and that hard work paying off," Girdlestone told Stuff.co.nz.

"It's a good feeling, it's very rewarding. Today was really the first day I was allowed to really open up … I was able to let loose and it felt really good to just push myself."

There were only a smattering of clouds on an otherwise brilliant day for Girdlestone: 11 of them infact.

The 19-year old had set himself the goal of completing the race in under 3 hours. He crossed the line at 3hr 11minutes.

"I almost did it, but I'm not disappointed at all because I impressed myself and I'm happy with the way I rode.

"Now I just need to keep pushing myself as hard as I can and see where I can go."

Girdlestone will continue his rehabilitation, with the plan of competing in the elite grade Calder Stewart Cycling Series and the Thour of Southland in November on the horizon.