Legendary US titanium specialist Moots will use the North American Handmade Bicycle Show this week to unveil a new gravel and adventure bike using its YBB softail technology, as well as two brand new frame finishes.

Moots will be using NAHBS to display a prototype softail bike it has developed for the growing gravel and adventure bike market. It’s an adoption of its rear suspension technology it has offered on its mountain bikes for many years but adapted for road and gravel use. Unfortunately, we don't have any photos of the new bike yet, but if you're going to NAHBS and can send us a photo, that would be grand as we'll not be there. Using my limited Photoshop skills, here's a Routt 45 with the company's YPP softail grafted onto the rear stays.

We do know the new bike will have space for 700c and 650b wheels and tyres and has been designed to meet the demand for bikes that can handle everything from road to gravel to singletrack, with just a change of tyres or wheels transforming its purpose completely. The company’s current gravel bike offering is the Routt 45, so we can expect some details from that bike to carry forward into the new, as yet unnamed, bike.

“As riders increasingly demand bikes capable of handling both gravel and singletrack duties, the team at Moots has initiated a project to adapt and evolve their YBB platform for this growing category of bikes,” says the company.

“This bike will be hitting gravel roads, two track, and trail this spring with the intent of refining this concept into a production model.”

Now those new finishes that Moots will unveil at the show 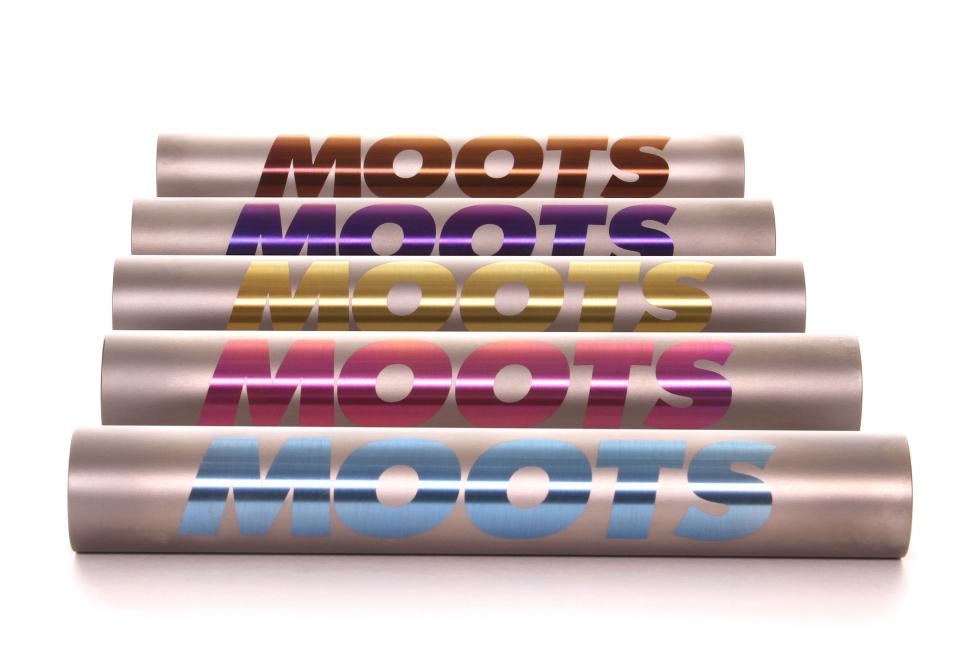 The Premium finish builds on the classic look that Moots is famous for but adds a splash of colour with anodised logos. There are five colours to choose from; Root Beer Brown, Grape, Rocky Mountain Gold, Rose and Frost Blue.

The new Signature finishes offer four different options that have never been seen on a Moots frame before and includes anodised fades, and graphics apparently inspired by mountains local to the company. 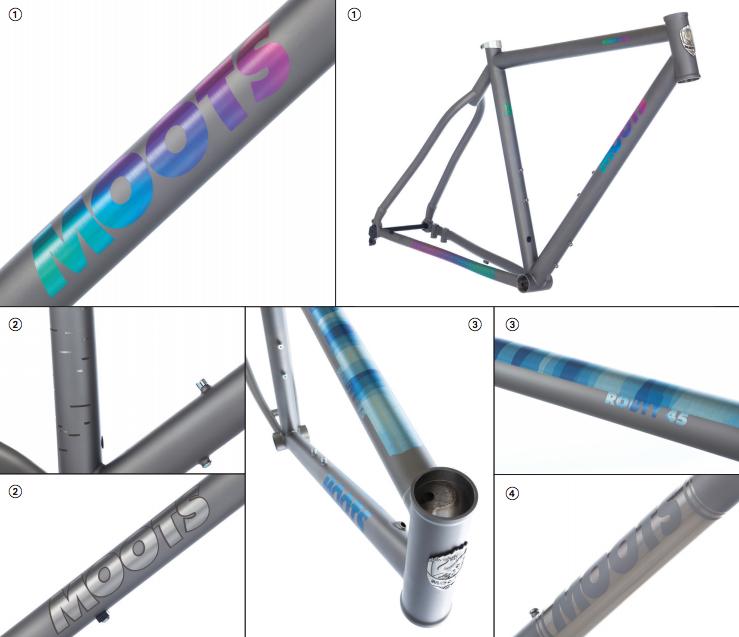 Here are the four finishes as described by Moots and the numbers related to the finishes on the picture above.

The new finishes will be available on all frame models. 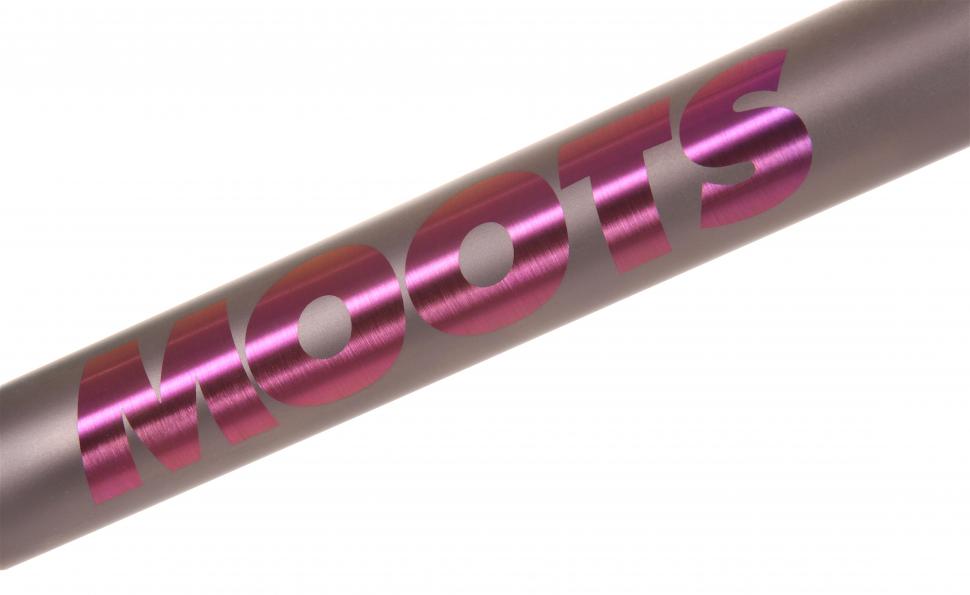 There are a few other updates worth mentioning as well. The Vamoots DR road bike has been updated and now accommodates up to a 30mm tyre. There’s an internal rear brake hose routing option on all frames with disc brakes.The company’s own titanium seatpost, using an Enve clamp, is now compatible with oversized carbon fibre saddle rails.