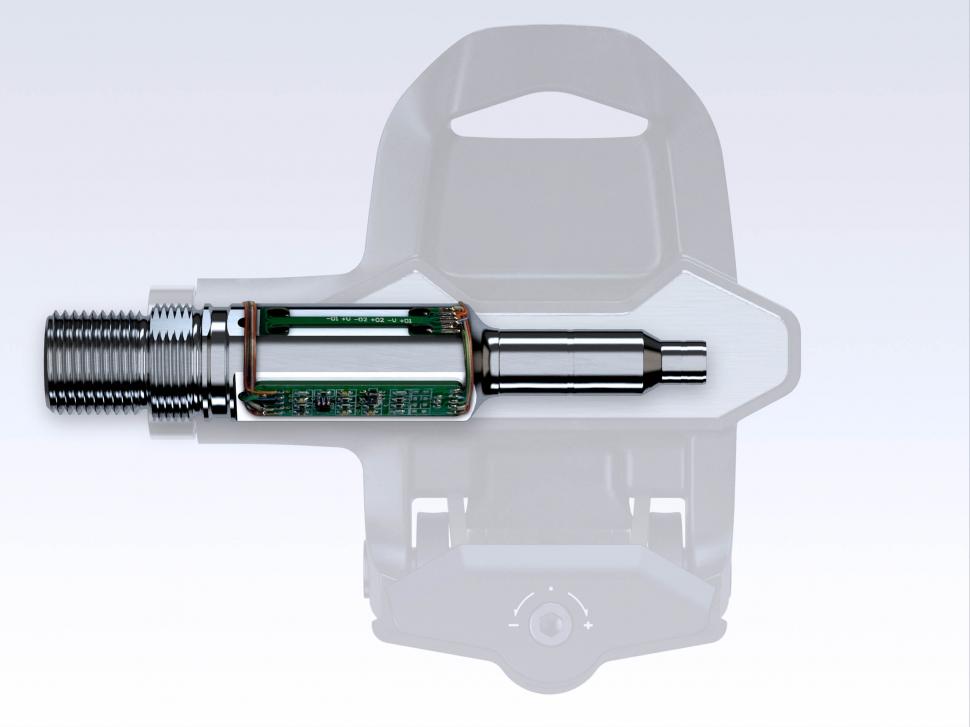 Power pedals: the next big thing in cycling telemetry?

Those strain gauges are migrating to your pedal axles, and opening up new possibilities for analysis
by dave atkinson

Power. Everyone's talking about it, and lots of people are measuring it. Mostly they're doing this somewhere in the heart of the transmission: the chainset and the rear hub are where most of the players have concentrated their attentions until now. But power measurement is moving, and it's moving to your pedals.

Why? Well, for a number of very good reasons. The first and most obvious is that you can whip your pedals off and stick them on another bike in a matter of seconds, so you can measure power consistently across your whole fleet which is very difficult with something crank- or hub-based. That's the main advantage from an end user's point of view – assuming the end user isn't an elite or professional cyclist – along with the fact that you don't need a separate cadence sensor as the pedal can measure that too.

If they are a pro (or a statto) then the other advantage is that you're measuring power independently in each leg, and you're able to accurately map that power generation to the pedalling stroke. This opens up a whole new world of analytic possibilities. When we tested the Wattbike way back in February 2009 it was the first time we'd seen a device capable of registering this kind of information, and back then we didn't (and they didn't) really know quite what to do with it; was the holy grail to smooth out power throughout the stroke and equally across both legs, or was it more efficient to apply more power in certain parts of the pedal revolution? We couldn't answer that then and we're not entirely sure now either, but the more devices that can generate the data, the more people there will be looking at answers, and there are answers, just as there are in all other aspects of cycling biomechanics. 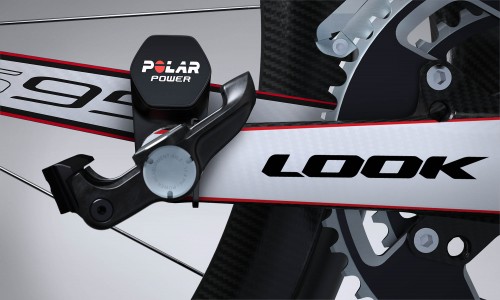 Anyway to the pedals. First up are Look, who are adding power monitoring to their Kéo pedal in association with Polar. Look have been making clipless pedals as long as anyone and they're never a company to stand still so it's no surprise to see them giving power pedals a go, and rather then reinvent the wheel they've chosen to team up with Polar and make the pedal compatible with high-end units already available: CS600x and the CS500. It'll also work with the CS600, although not all the functions will be available. We talked to them about the system at Eurobike, and here's what they told us:

Look's pedal has eight power sensors and a cadence sensor which together can tell the head unit where the pedal is in the stroke and how much power is being laid down. The information is sent via a transmitter which plugs into the spindle of the pedal behind the crank arm, through the standard 8mm allen bolt hole.

Look weren't showing a working pedal at Eurobike but the Kéo Power is slated for launch in Spring 2011 and they seemed pretty confident that it'd be out on time. We'll look out for our pair in the post... 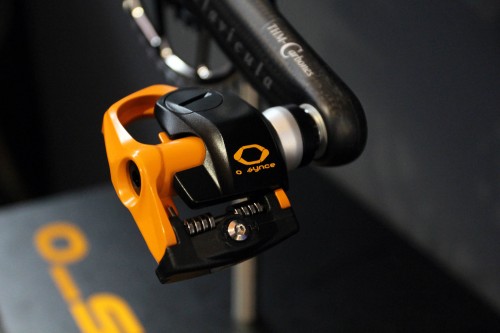 German innovators O-Synce were also showing a power pedal, and they had a real working one on the stand, albeit a prototype. Their system is called ICycloPower (ICP) and is still some way from being shrink-wrapped and hung on the wall of your IBD, but it certainly looks interesting. O-Synce's ICP pedal has eight sensors in it too but there are more concerned with measuring the rotation of the pedal, both in terms of the pedal stroke and the pedal's angle relative to horizontal. This means you can get a whole other layer of data about your pedal stroke which – again – no-one knows exactly what to do with, but it was very interesting seeing the wavy lines on O-Synce's computer screen showing the rotation and power. 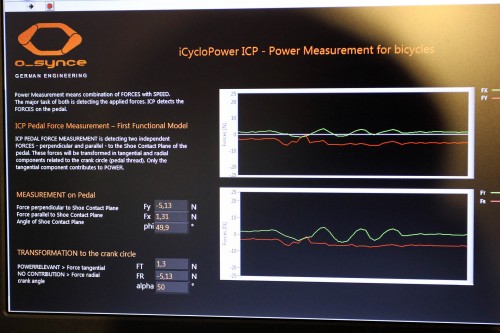 O-Synce are looking to release their pedal in 2012. They had a mockup of the finished product which shows the transmitter on the underside of the pedal body which is probably less of a faff but maybe more susceptible to damage in the heat of the race when you ground your pedal taking a corner too tight.

Also in the mix are Metrigear, a US-based company who have recently been bought out by Garmin, who clearly see the potential of this type of power measuring setup. Their system is called Vector, and ups the ante on the sensor front considerably: you get "over 60 piezoresistive strain gauges, accelerometers, and temperature sensors" in your Vector pedals, or at least you will when they start making them.

Like the Look/Polar system, the Vector system has a battery pack and ANT+ transmitter behind the crank arm on each side. There's no particular information as to what units the Vector system will be paired with, but we'd guess that there's plenty of processing power within the new Edge 500 and 800 computers for crunching the numbers. Metrigear are tight lipped at the moment about exactly when their pedals will launch, or even what pedal platform they favour.

Whatever happens with these three – and there are no doubt more in the pipeline – it seems that consumer power-measuring pedals could be a reality as early as the spring, and their advantages over other systems mean they're likely to gain a share of the market very quickly. They're all based on road-specific cleats at the moment but there's no reason that we can see why you couldn't have a system within an all-purpose pedal; with the Look and Metrigear setups there's also the option of buying one set of transmitters and having two different types of pedal, one for road and one for mtbing or cyclocross. That's still easier and more portable than using a hub- or chainset-based system.