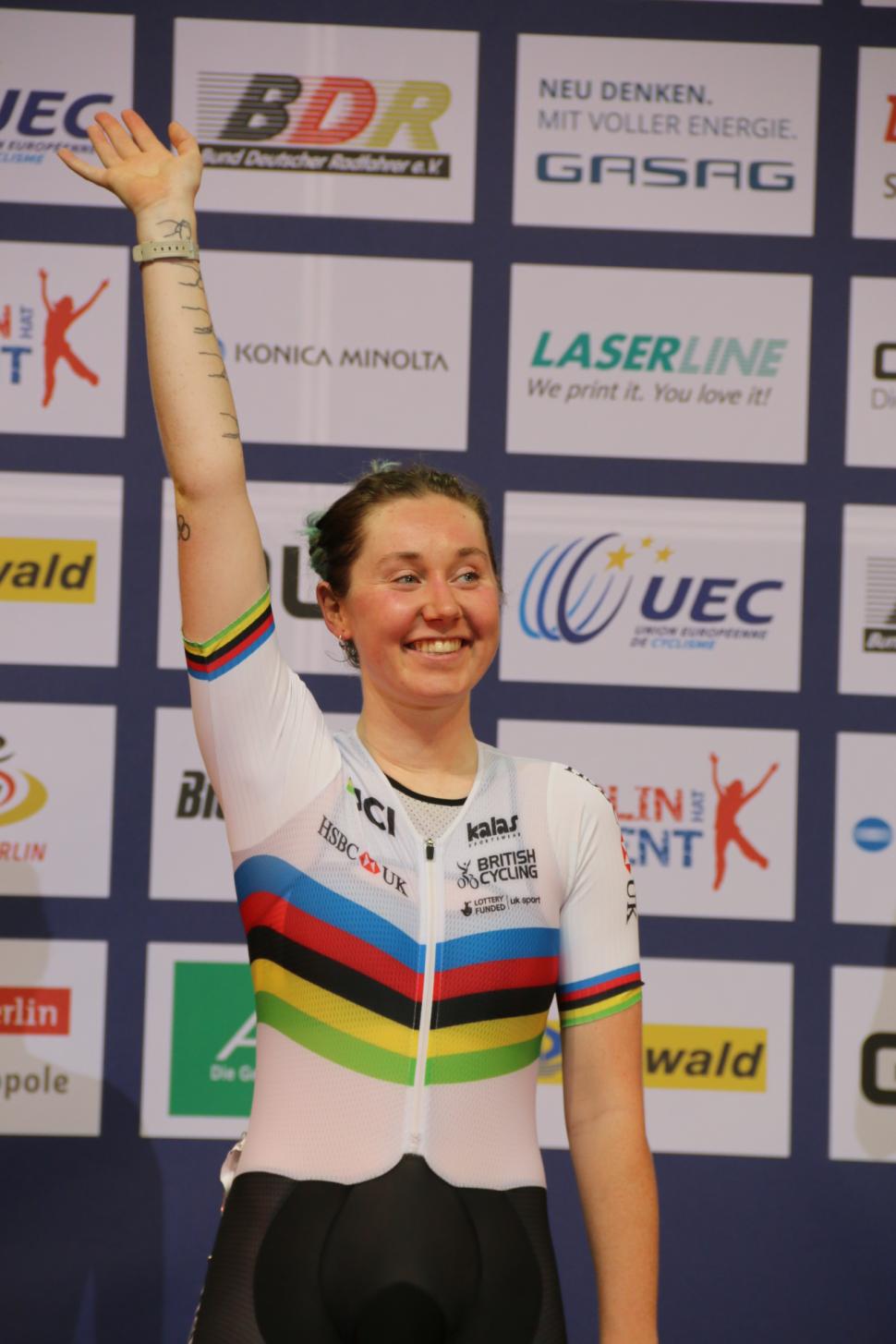 It will be the first race in history to have a women's version before a men's ...
by Will Bolton

Cycling's first ever women's tour of Scotland - which is offering prize money equivalent to a men's race - gets under way today with a relatively flat stage from Dundee to Dunfermline. Katie Archibald said on the eve of the race that she thought it was a positive development for women’s cycling.

As the first race in road cycling’s history to have a women’s version before a men’s and in becoming the first to offer equal prize money, the race has received widespread approval.

Speaking to the Telegraph, Olympic gold medallist, Katie Archibald, who will be riding for Scotland in the event said: "I think what this is a good example of is that mimicking the system set up for men, whether that's in bike racing or otherwise, in my opinion is not the best way.”

The 25-year-old is targeting the defence of team pursuit gold and Madison success at Tokyo 2020 but first she wants to tackle the rain and unpredictability of her wet home roads.

Stage one takes riders from Dundee to Dunfermline while day two begins in Glasgow city centre before ending in Perth.

The final day's competition sees cyclists start and end in Edinburgh - taking in a 118km route around the Borders.

Archibald said that "If I was a spectator, I would be really looking forward to the Dunfermline finish (on stage one).

"It's a fairly technical, fast run in into a 180 bend through for the last kilometre - that's going to be really grippy and really tough - two minutes of agony for whoever wins.”

Archibald herself will probably be most concerned with not crashing and will be taking minimal risks to avoid ruining her chances of gold at the Olympics next summer.

In July, this year’s edition of La Course, the female equivalent of the Tour de France came in for some heavy criticism from across the cycling world.

Dame Sara Storey said of the race, which took place on the same day as the men’s stage 13 time trial in Pau, that when you place it side by side with the men’s Tour it felt like a token gesture.

She added: “It’s a shame because ASO are the most powerful organisation in professional cycling.

“They should be leading the way in the fight for equality.

“Instead they give the impression of not wanting to do any more than the absolute minimum.”

Perhaps, La Course will always struggle to have its own identity while living in the shadow of the Tour de France, it could be that races like the tour of Scotland will do more to get people watching and supporting women’s racing.

The €50,400 (£46,500) prize fund is the only imitation from the Tour, and Scottish Cycling CEO Craig Burn said that decision was made by organisers because it was the "right thing to do".

“I think there’s a gender imbalance in our sport.

“Internationally women’s sport has become more and more attractive, where in cycling it’s been dominated by men in general.

“It was the right thing to do, as well as equal prize money.”

Many of the top teams in the world, including some of the best competitors from Great Britain and Scotland, will be taking part.

Organisers are anticipating around 100,000 spectators over three days.