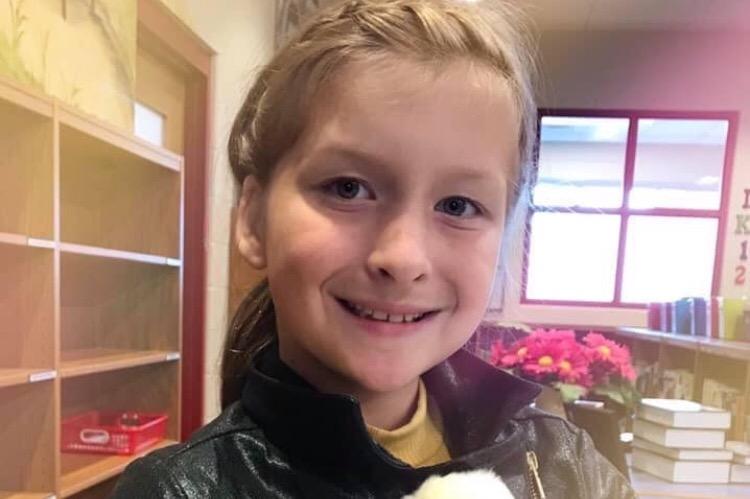 Girl, 9, dies after brake lever severs artery in bike crash in US

A girl in Kentucky has died after a brake lever on her bike’s handlebars severed an artery in her neck after she hit a kerb while riding her bike on Tuesday, her ninth birthday.

A friend of the family of Charlene Preslee-Kay Sipes have set up a GoFundMe page in her memory, reports the Courier Journal.

LaRue County Sheriff Russel McCoy said the youngster, who was pronounced dead at the scene, had been the victim of a “freak accident.”

Writing on Facebook, her mother, Tiffany Fischer, wrote: "This is isn't supposed to be real. It's supposed to be a dream. I’m going to wake up and it's all a nightmare.

"My beautiful baby. My smart and loving and funny baby.

So far, the GoFundMe ‘In Memory of Charlie’ which was set up by family friend Lisa Dewsee has raised more than $12,000 against a target of $2,000.

Dewsee said: "I can't imagine losing a child. I just wanted to help in any way I could."

After the funeral on Saturday, she added: “Yesterday we said goodbye. The gathering couldn’t have been more beautiful. Charlie was surrounded by hundreds of flowers and wind chimes and so many friends and family who love her. It was an honor to be there.”

It's the second freak incident we have reported on in the past year or so in which a child in the US has lost their life while riding their bike.

In August last year, six-year-old Denny Curran died in Washington State after becoming impaled on his bike's handlebar, with reports suggesting that the rubber grip had worn through and that there were no plugs on the end of the bars.

1
“Everyday tasks have become my new challenge”: Christina Mackenzie in “excruciating pain” after being struck by hit-and-run motorist
2
Cyclists report multiple muggings and thefts on London cycle route
3
Twin brothers accused of murdering charity cyclist after hitting him with car while drunk
4
Canyon revamps Inflite cyclocross range for 2023
5
“If I assaulted children, I’d be locked up”: Father of teenage girls involved in Mathieu van der Poel hotel incident slams Dutch star’s fine
6
Near Miss of the Day 825: Police refuse to prosecute because cyclist swore after driver pulled out on him
7
Annemiek van Vleuten overcomes fractured elbow to win World Championships with stunning last-gasp attack
8
"I've never seen anything like it": Cyclists hospitalised by loose gravel crash seek compensation from council