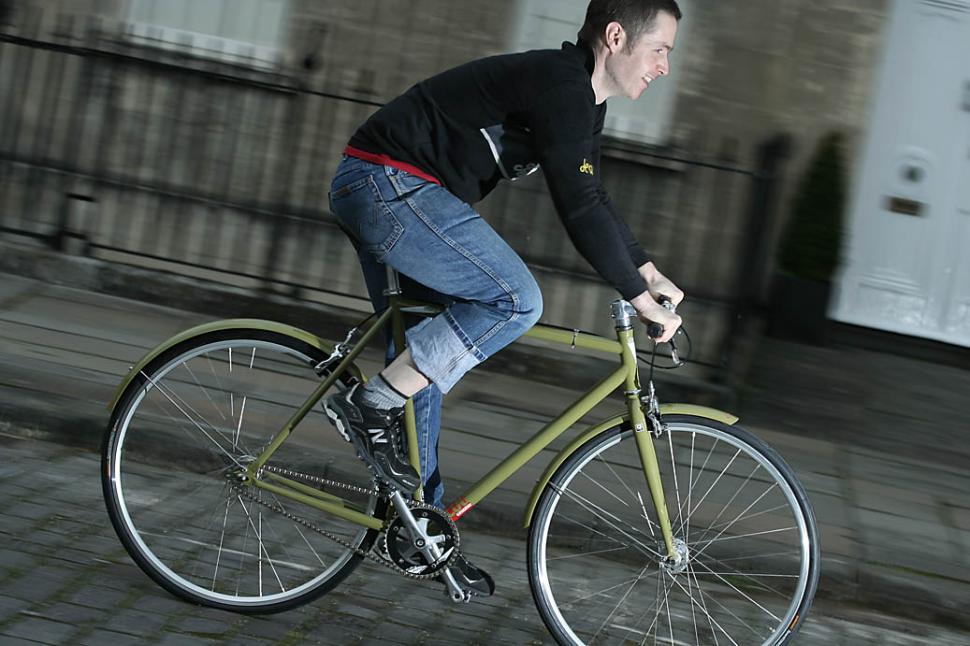 We first saw the Plug Grinder last September at Eurobike and we've been trying to get our hands on one ever since. Ahead of its UK release our wish has been granted, in fact ahead of the shipment landing this is the only Plug Grinder in the UK… and possibly the world.

That deficiency is about to be rectified but in the meantime we've got the chance tro try out the final prototype. Changes on the final bike will be minimal – and they're all concentrated on the back end: that rear guard will be a tad longer so that the end of it lines up horizontally with the rear hub and the chainstay bridge is going to move a few millimetres to give a snugger fit for the rear mudguard. 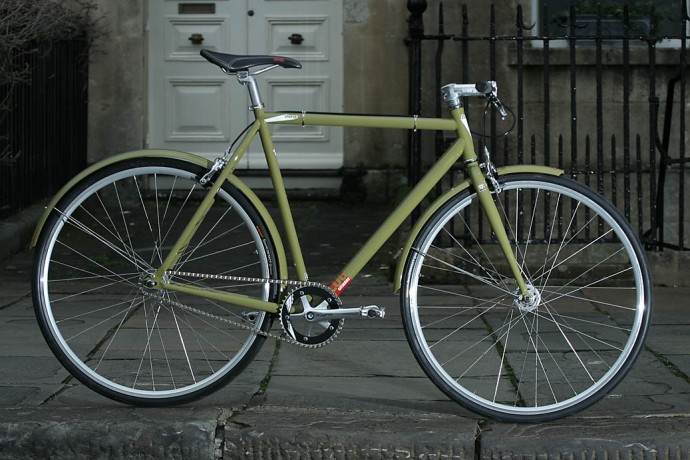 So, what do you get for your money? Well… it's a Charge Plug with mudguards and a one colour paintjob – a very natty olive green. And yet, and yet, there is something about this bike that turns heads… even a bloke in a Maserati swivelled his head to get an eyeful as we wheeled it in to road.cc towers. Designery types who've been exposed to it have pronounced it “the best looking bike ever” so that's that demographic sewn up. And if we're being honest it was it's sheer damn prettiness with that hint of practicality that made us want to ride it in the first place (more on what it rides like soon). 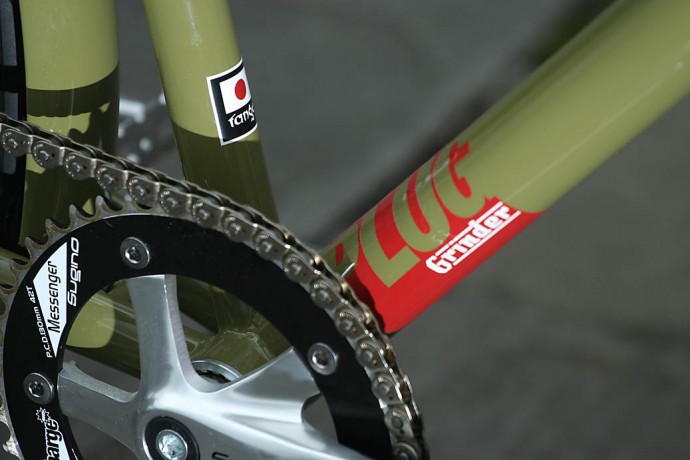 In the meantime, let's just gaze all misty-eyed at it. Okay! That's enough mistiness! Now for some facts. First off, it isn't quite correct to say that this is a standard Plug with mudguards, the seat and chainstays are 5mm longer to take the rear mudguard and the geometry has been sublty tweaked to accommodate that without sacrificing that Plug ride quality.

As ever the frame is made from Tange chromoly steel and built with the big-boned track derived geometry that Charge have made their trademark. The fork is a straight-legged Tange steel affair. 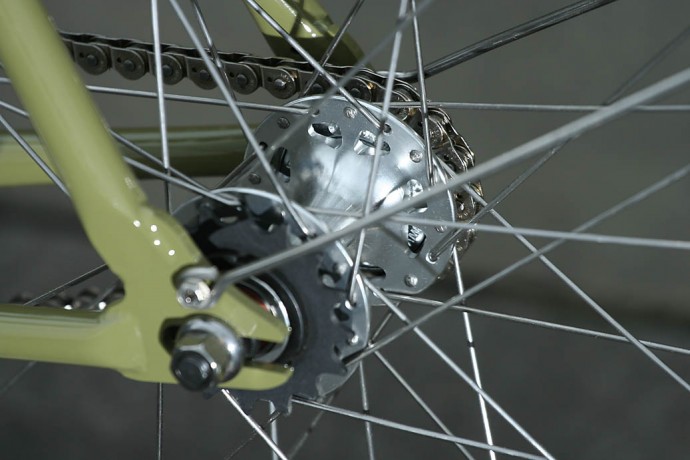 As you'd expect the rear hub is off the flip flop variety giving you the choice of fixed or free singlespeeding – we'll be giving it a go on both. It came set up as a singlespeed. 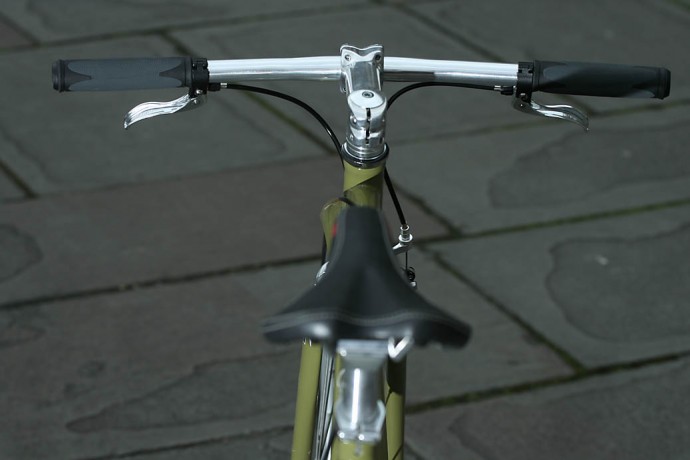 The cockpit is made up of Charge branded riser bar and stem with some very comfy unbranded grips – the texture, if not the shape put us in mind of the Ergons.

And then there are those mudguards – the Grinder's crowning glory – painted the same colour as the rest of the frame, and like the rest of it made from steel too they feature a pleasingly curved profile so that they shouldn't fire water out sideways soaking your riding companions as some flatter profiled mudguards are prone to do. 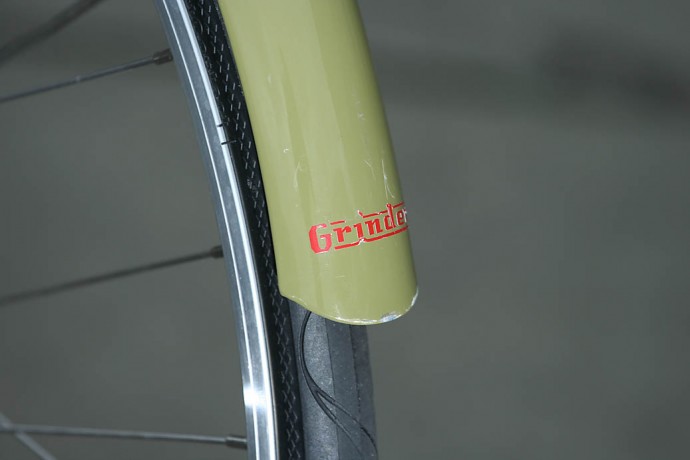 Other nices touches: the screw on cable guides for the rear brake – which in theory at least give you the option of running fixed and whipping the rear brake off while maintaining a clean line uncluttered by, er, cable guides. Why you'd want to do that is another question.

We'll be riding this baby around the streets of Bath, and the hills, so watch out for a full report soon. More Charge Grinder pics