What do you know about Bont shoes? They look unique. They’re Australian. Lots of big name riders wear 'em. There aren't too many of them around.

Correct on all counts, you might also like to add that their top models are mouldable and that they made their name in skate shoes. Oh, and their Chrono aero shoe isn't that popular with the UCI. You might not know that Bont now have a new UK distributor in the shape of Saddleback – home to Felt bikes, Enve wheels and Castelli clothing among others. They should be way easier to get hold of from now on, and the prices are pretty normal – a bit lower than before, if anything. 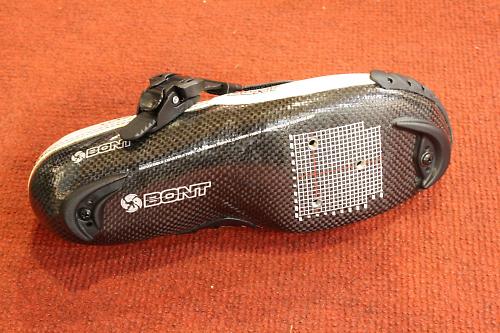 Bont are the shoes worn by the likes of Bradley Wiggins and Thor Hushovd and Saddleback are distributing three road models. Top of the pile is the Vaypor (main pic and above) which can be heat moulded as often as you like – unlike most mouldable shoes which have a limited number of remoulds in them.

The lower strap crosses your forefoot twice while a ratchet buckle takes care of closure up top. That one comes in at £235 – which isn’t cheap, clearly, but it’s not as outlandishly expensive as some high-end shoes. The next level down is the A-two which is a pretty similar design although it’s made from slightly lower grade materials. That comes in at £180. 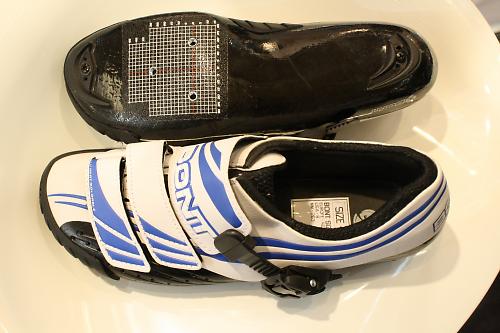 The entry-level model is the A-three that features a glass fibre sole. You get those distinctive Bont looks for £110. This one has been redesigned for 2012 with a ratchet closure on the upper strap. 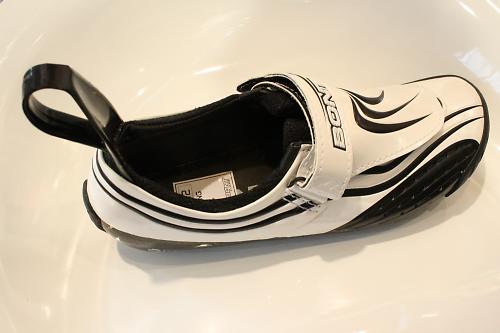 Saddleback will also be distributing three triathlon shoes at the same price points. The Sub-8 is the top model and it gets a new design for 2012 with a humungous foot hole and one strap closure to speed up time in transition. That’s £235. 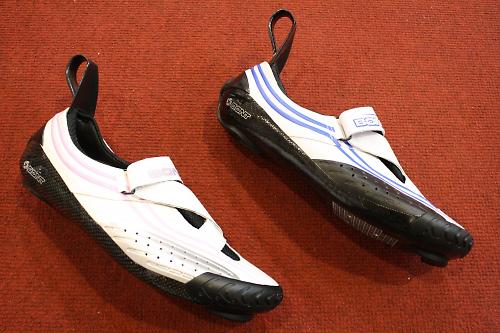 1
Cyclist driven into by Range Rover driver blasts "victim-blaming twaddle" from police who initially refused to take action
2
"Unacceptably gross": Peloton cyclist's complaint over relative leaving bike in a sweaty mess goes viral
3
Pro cyclist no longer rides alone after two 'bikejacking' attempts as violent incidents increase
4
road.cc Recommends gets refreshed with 14 brilliant products
5
Near Miss of the Day 810: Reckless overtake towards oncoming cyclist and bus… and some afters from the impatient driver
6
Drug driver sentenced to 21 months in prison for killing cyclist – seconds after using his phone to text friend
7
You can be the first to own the new Colnago Prototipo… but it’ll cost you – plus more tech news from SRAM, Pirelli, Brompton, Apidura and more
8
Government to crack down on “reckless” riders with causing death by dangerous cycling law