Paris Roubaix may be done and dusted for another year, but before it fades in to memory there's a chance for us to take a look at the other aspect of the race that makes it so special - the bikes. I went behind the scenes to grab some shots of the various approaches taken by the teams to equipment set up and selection for the race. I've given my pics really detailed captions with lots of interesting nuggets of information so click on one of the thumbnails to open the slideshow gallery and click your way through a feast of bikes, bar tape, and unusually fat tyres.

On the morning of the 110th edition, with the riders safely cocooned in the serenity of their team buses, I joined the mass of team staff, mechanics and press to catch a view of their bikes. With the race often lost with poor equipment choices here is a gallery of the tweaks, changes and choices that each team decided would be the best for them. From traditional hand built wheels and extra bar tape right through to cyclo cross frames and enormously wide tyres, they were al 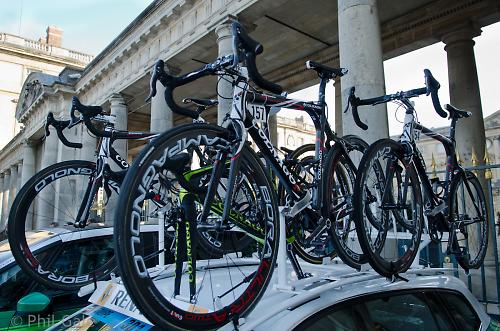 The the challenge of throwing your bike into sections of rough pavé at 50 kilometres an hour, makes obvious demands on the riders but  also makes it interesting from an equipment point of you. History has seen the weird, the whacky and also the wonderful previewed, used and abused, and trashed in this race. Team mechanics and equipment suppliers need to think outside of the box when it comes to providing the riders with a bike set up to tackle the rigours of the pavé. That means very different set ups for many bikes and indeed different bikes too in the quest to find something strong enough and comfortable enough to cope. 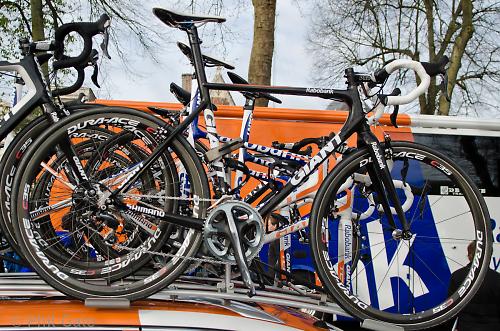 At Rabobank and Team Europcar  they reckoned that cyclo cross bikes fitted the bill - all the Team Europcar riders rode Colnago cross bike - and crossers were also much in evidence amongst the Rabobank riders - including Lars Boom (that's his bike in the main pic - he was on 30mm tubulars - reportedly running at 60psi). Liquigas Cannondale took things a stage further, possibly in a sign of things to come, and turned up with a disc brake equipped Cannondale cross bike - they didn't use it, but it certainly turned some heads and probably gave the commissaires a fit of the vapours. 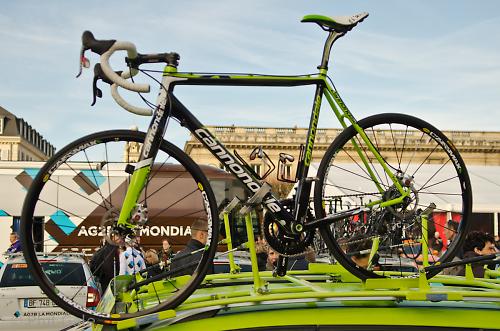 Chain catchers are de rigeur over the cobbles and so is extra bar tape - and lots of it. Fat tyres too are the order of the day. Many teams were running 30mm tubulars with FMBs handmade offerings being the seeming tyre of choice. And while not everyone rode cross bikes there were certainly plenty of cross set ups with mechanics adding extra in-line brake levers so that riders could spend more time on the more heavily taped bar tops over the pavé without having to sacrifice control. 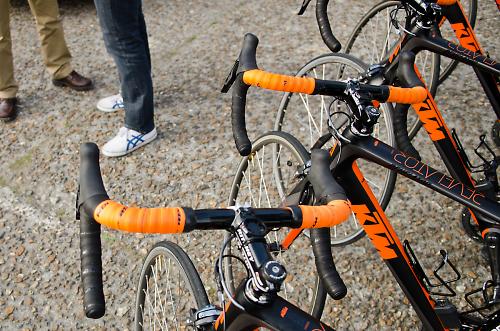 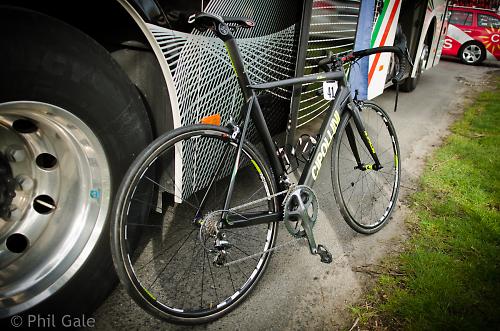 Despite having proved it's durability over the last few seasons in cyclocross races (and in the pro peloton) a number of ditched their Di2 shifters in favour of mechanical Dura Ace for Roubaix - including Pippo Pozzato. Carbon bottle cages and aero rims were amongst some of the other fancy accoutrement usually favoured by the pros not to make it on to most bikes for Paris Roubaix. Their were exceptions of course plenty of pros rode Di2 equipped bikes and Garmin Barracuda went with Mavic's SSC rims on their Cervelo R3s. While Movistar proved the biggest exception of the lot - riding on pretty much stock set ups. 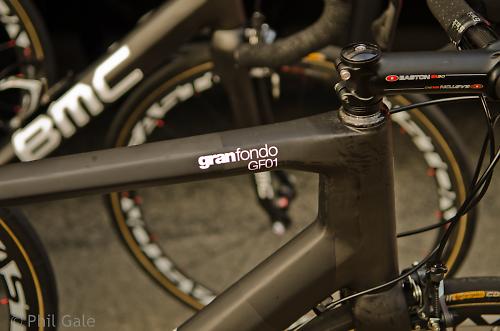 There were new bikes on show too from BMC, Trek and Specialized. BMC launched their new Gran Fondo pavé basher last week (we've got a first ride on that coming up), and Trek launched theirs, the Domane the week before - the Radioshack Nissan Trek boys were all aboard their pivoted steeds for the race. Team BMC gave their riders the choice of the Gran Fondo or the SLR01 - they all opted for the Gran Fondo with über-slammed stems. Specialized didn't make such a big deal about their latest version of the Roubaix, the Roubaix SL4 - if they could've ticked the 'no publicity' box they seemingly would have - but UCI regs don't allow it. Even so they haven't exactly been forthcoming on the technical details - no doubt that Zertz insert is now even more active then before. Whatever they will have been laughing all the way back to Morgan Hill as a Zertz powered Tom Boonen rode away from the field to record his record equalling fourth victory in the event - over the last five years they've now won nine of the last 10 cobbled classics - Paris Roubaix and the Tour of Flanders.