Paris Roubaix 2012 - through the lens

It is one of the most iconic locations in cycling, the mythical Velodrome in the industrial city of Roubaix, metres from the Belgium boarder and the finish of the Queen of the Classics, the Hell of the North. I arrived moments before this year's victor, winning by force, Tom Boonen. The stands in this simple cycling track, one of cycling’s cathedrals, were filled with frenetic Belgium cycling fans, all with their eyes firmly fixed on the giant screen showing Boonen as he rode the final kilometres of Paris Roubaix in celebration. On entering the stadium he was followed by a wall of noise, the deep throated roar of Belgians en-mass, celebrating their hero.

By now all of the stories of the event have been told, the drama, thrills and obligatory spills. Here is my view of the 2012 event, through my lens. The main picture above, by the way? That's Frédéric Guesdon, winner of Paris-Roubaix in 1997, who has just finished his last professional race, having announced that he would retire after this year's edition.

As with yesterday's tech feature the best way to view this is to click on one of the thumbnails and open the gallery slideshow. You can follow Phil Gale on Twitter @1_in_the_gutter where he regularly posts shots from his assignments. Pozzato on the line 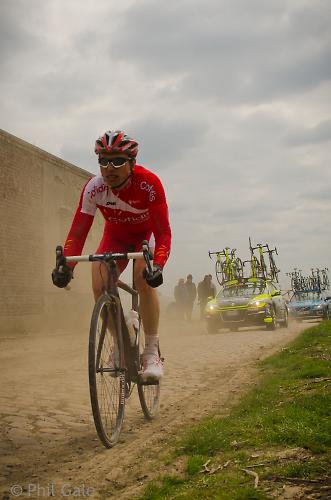 A rider in the dust 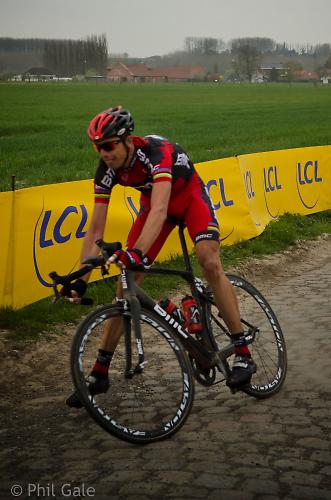 Boonen solos to the finish watched by the world's media Digging deep in sector 6 as mechanics wait with spare wheels 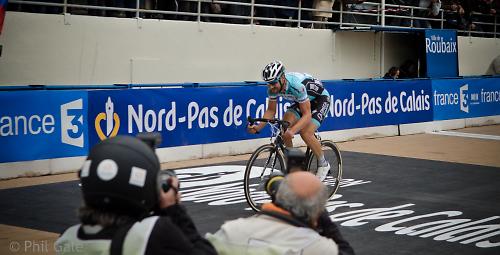 One more lap for Boonen on the way to victory 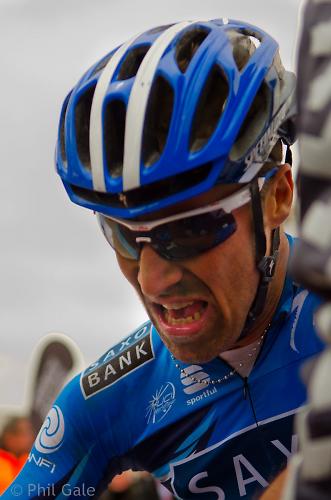 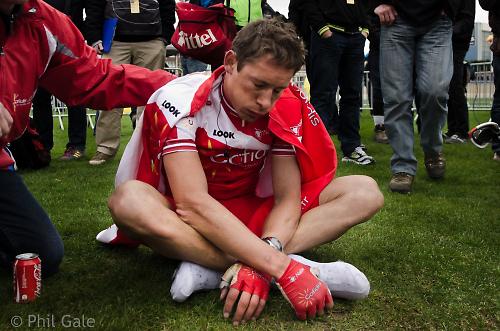 1
Conor McGregor knocked off his bike... and gets a lift home off the driver who hit him
2
167 cyclists – and just four drivers – fined in police crackdown during Tour Down Under
3
Fancy a 3D-printed saddle custom-made for your butt? Plus more tech news from DT Swiss, Giant, 3T, Chris King, Classified, Stages & more
4
Cyclist hit by truck driver has compensation cut after judge says lack of helmet contributed to injuries
5
Councillor calls for anti-bike barriers to prevent “dangerous” cyclists “zooming across” foot tunnel
6
Town council says “restrictive” RideLondon sportive not wanted – because locals “can’t get out of their own road”
7
“Cyclists welcome – just in the right place”: Coastal path upgrades set to be shelved over concerns about environmental impact and “speedy cyclists”
8
Motorist arrested after two cyclists killed in suspected hit-and-run