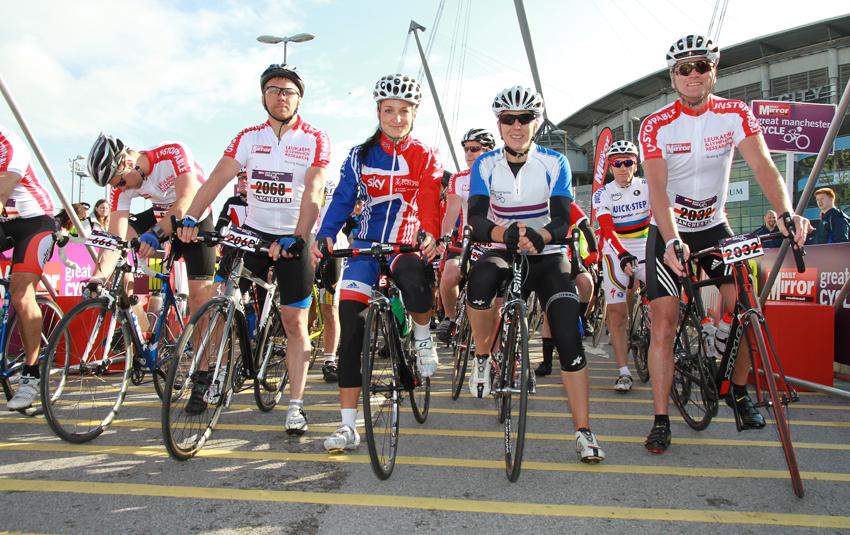 Participants in the sold-out event, which featured routes of 13, 26 and 52 miles, were able to enjoy a 13-mile closed loop running from Manchester City’s Etihad Stadium in the east of the city to Old Trafford and Salford Quays in the west, incorporating the city’s Mancunian Way, usually out of bounds to cyclists.

The city, of course, is the home of British Cycling and Armitstead, who is aiming to win gold in the Olympic road race at the end of next month, said: “I spend a lot of time in Manchester and to be able to explore the city in this way is something I really wanted to do. It was a fantastic day and something I was delighted to be a part of.”

Romero, who switched from rowing to win gold on the track at Beijing in the individual pursuit, added: “For people who cycle recreationally, to have this kind of structured event with a timing chip and to have the route mapped out, is a great opportunity to test themselves.”

The event was organised by Nova International, which is also behind event’s such as the Great North Run. The company’s communications director, David Hart, commented: “We were thrilled with the reaction to the Great Manchester Cycle, which in its first year, has become the UK’s biggest timed cycling event.

“With the three distances, it was a celebration of cycling on the closed roads of Manchester to suit different levels of ability and we believe this event has a hugely exciting future,” he added.