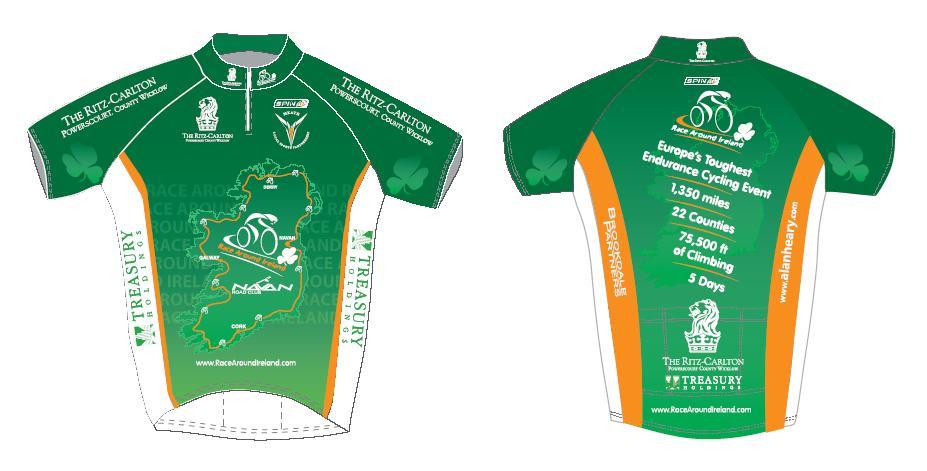 It's been a good week for the launching of new distance events. Yesterday we featured the launch of the Deloitte Race Across Britain, a nine day moving cycling festival covering the length of the country. And today we bring you the inaugural Race Around Ireland, which takes in some of the country’s most famous landmarks and crosses 25 major climbs, is less than two months away. The race is a 1,350 mile non-stop event that loops around the entire country.

The race follows a format similar to the Race Across America (RAAM): the course is not roped off and there are no marshals controlling traffic flow. And once the clock starts it won’t stop until each cyclist reaches the finish line at the end of the 1,350 mile circuit.

The race will consist of solo riders as well as four and eight person relay teams. To be competitive in this event the solo cyclist will have to stay on the bike for at least 22 hours a day, but in an eight person team, each person would spend about three hours a day on the bike, making the event fully accessible to mortals as well as the hardened ultra-distance riders.

Confirmed to take part are ultracycling legend Fabio Biasiolo and the UK's RAAM record holder, Mark Pattinson. There's plenty of teams already registered that are not made up of professional racers: your club or organisation won't be alone if you decide to take up the challenge!

Like the RAAM, a number of Time Stations will be positioned around the course. Teams will start at 8pm on Wednesday, September 16 and the cut-off point is 8pm on Sunday, September 20, leaving solo riders with 120 hours and teams with 96 hours to complete the race.

The race, a registered Cycling Ireland event organised in association with the Navan Road Club and the Irish Sports Academy, has been sanctioned by the Ultra Marathon Cycling Association (UMCA), who have place the race on their International World Cup Series.