De Rosa have launched a new road bike called the 888 Superking that comes in three different versions, one with a Campagnolo EPS shifting battery integrated into the frame.

The 888 Superking – which, before you say it, isn’t named after either the cigarettes or the duvet – is built around a carbon-fibre frame and it’s the third model in the De Rosa road bike hierarchy after the Protos and the King RS. The 888 portion of the name, by the way, is used because it’s a lucky number in the Far East and that’s a major market for De Rosa where their Italian heritage is a big draw. 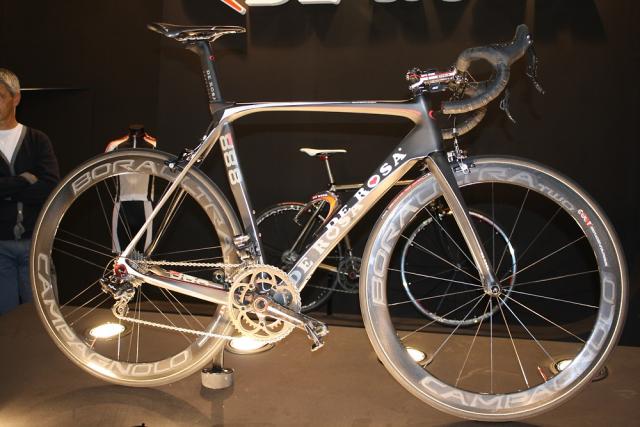 De Rosa use three different types of composite fibre in the frame – MR-60, HR-40 and NGF’s 630GPA, if you’re interested in such things – and De Rosa of course say that it gives the best combination of low weight, high rigidity and vibration absorption. It’s the Superking E model that comes with the port underneath the down tube to take the EPS battery. It’s the first bike out there to get one of these. Rather than needing to remove it when you run out of juice, you can recharge the battery by removing a small rubber bung on the upper side of the down tube and plugging the jack in there. It looks really simple. 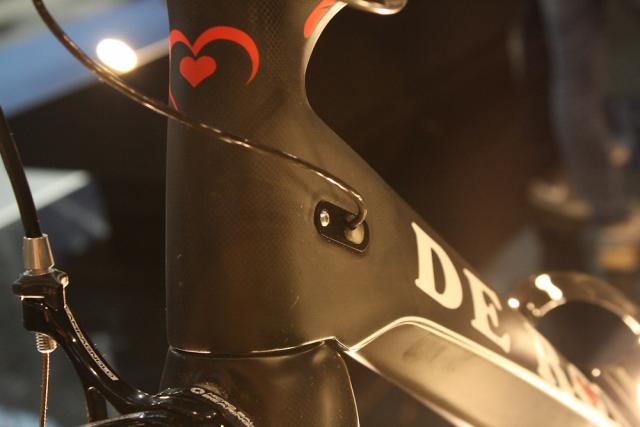 The E model is built up with a Campagnolo Super Record EPS groupset, Campag Bora Ultra Two wheels, an FSA cockpit and Selle Italia SLR saddle – so there’s lots of high-quality goodness in there. 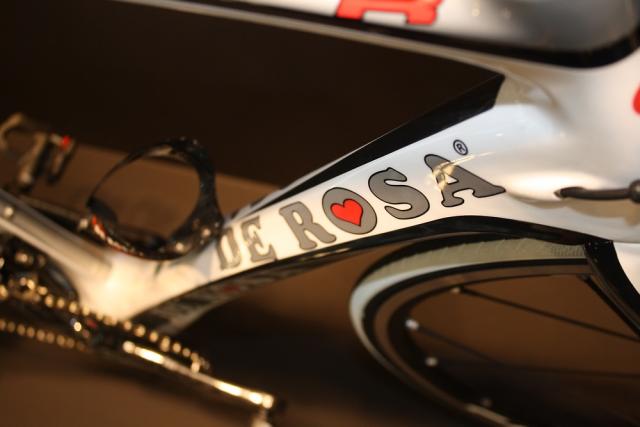 The other two versions of the Superking are called the SR and the R (main pic) and they both come with mechanical groupsets. The frames are the same as the one you get on the E model except that the carbon used around the battery recess on the E frame has to be made stiffer to take account of the hole. The SR and R frames are exactly the same as one another except for the finish: the SR is mainly black while the R is white. The SR, as the name suggests, comes with a Campagnolo Super Record groupset, along with Campag Bora Ultra Two wheels while the R version gets Record and Campag Eurus wheels.