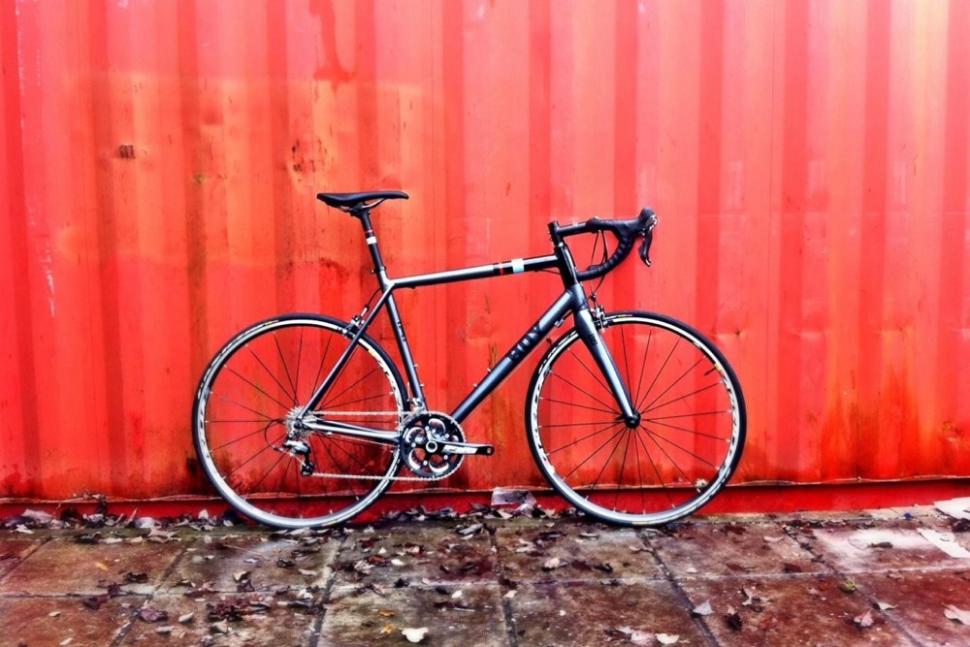 Evans Cycles tell us that the initial range of Hoy bikes are close to sign off by Sir Chris. We told you last November how the multiple-Olympic gold medalist was working with Evans on four city bikes and three road bikes.

Sir Chris has been working closely with Evans’ designer James Olsen and Joel Natale who heads up the bike department, and they all seem extremely pleased with the progress and development. They’re promising that the bikes will come with unique aesthetics and distinctive ride qualities. 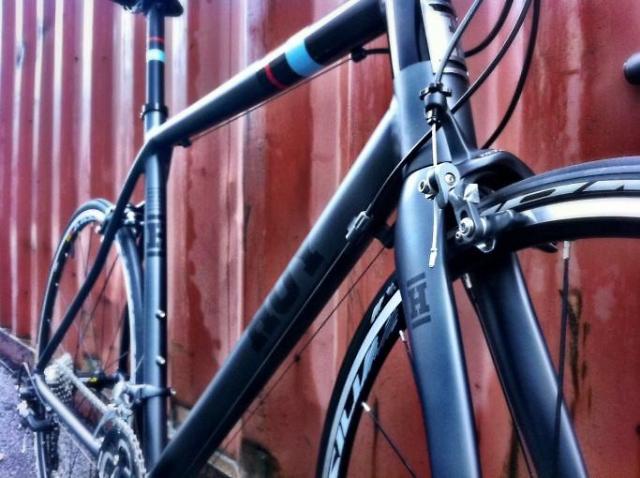 The guys at Evans aren't giving much away about the bike yet so all we've got to go on are these pictures. As you can see, the seatstays wind their way in and out, which manufacturers usually reckon adds comfort at the back end, The seatstays sit right on the outside of the seat tube, almost surrounding it. Designers often tell us that this wider than normal stance adds lateral stiffness back there. That's a chunky old head tube; it looks like it's tapered so maybe the lower bearing is 1 1/4in or even 1 1/2in for extra stiffness up front.

There's not a great deal more we can tell from the pictures, although those are Mavic Aksium wheels and Aksion tyres. Oh, and that's an FSA chainset, isn't it? Maybe a Gossamer Pro, or something like that. The down tube looks equally meaty.

Sir Chris will be riding his latest Hoy road bike sample in an open public session at the Cyclopark in Kent at 3pm on Wednesday 16 January – so, next week.

Although there will not be bikes available for the public to ride, this is a opportunity to visit one of the newest grassroots cycling facilities in the UK, and catch a glimpse of what the Hoy road bikes might look like, with a sample being put through its paces by the man himself. 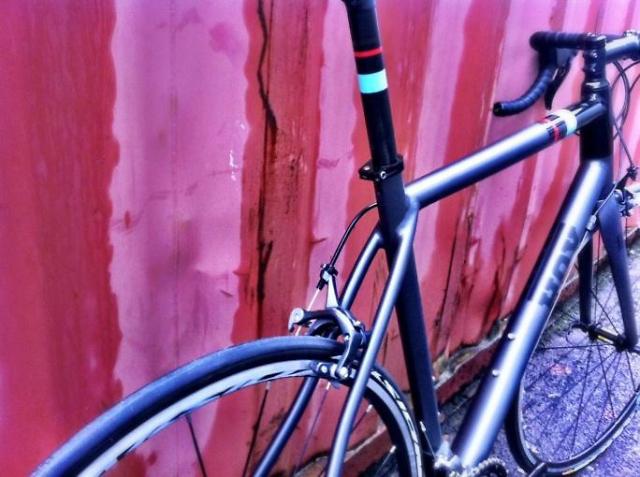 We'll keep you updated with more details on the range as soon as we get them.