We have a set of TRP’s brand new HyRd disc brakes in for test here on road.cc and we thought we’d give you a quick guided tour before fitting them to a bike.

As you can’t fail to have noticed by now, disc brakes are coming into the road bike world and there’s absolutely no doubt that they're going to have a massive impact on the market. They’re going to be big, big news, it’s as simple as that.

So far, the biggest player to have entered the fray is SRAM with their HRD brake which will be available later in the summer. These will be priced at £429.99 each (a single shifter and brake caliper).

But TRP, the posh arm of Tektro, already have the Spyre mechanical disc brake out there, launched at Taipei International Cycle Show back in March, as well as this HyRd model. 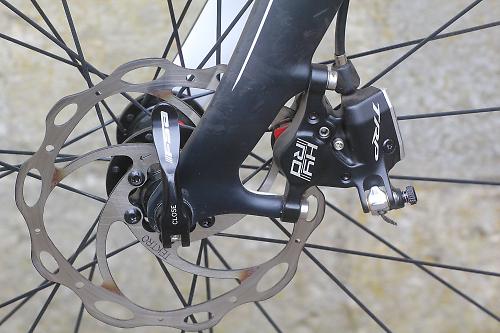 The HyRd (you pronounce it ‘high road’) is what TRP call a mechanical interface hydraulic disc brake for road levers. That might sound a bit of a mouthful but what this essentially means is that it’s a powerful disc brake that you can operate with standard mechanical road levers.

In the past, TRP offered a Parabox hydraulic junction box which you had to fit if you wanted to use standard levers with hydraulic brakes. It was (and still is) a clever little device that converted mechanical cable pull into hydraulic braking force.

You don’t need a Parabox with the HyRd brakes – they’re self-contained. All the cleverness, including the master cylinder, is in the caliper. So you use normal mechanical levers, fit the HyRd to a disc compatible frame/fork, and you’re away.

You can use the HyRd with 140mm rotors but TRP suggest 160mm as the much-preferred option. The composite pistons in there are designed to isolate heat and TRP reckon there are no problems on that front here.

I mentioned earlier that SRAM’s HRD brakes will cost £429.99 each (that’s the lever as well as the caliper). The TRP HyRd is £109.99 per brake. That price doesn’t include the lever, but you’re still looking at a considerably cheaper overall price. 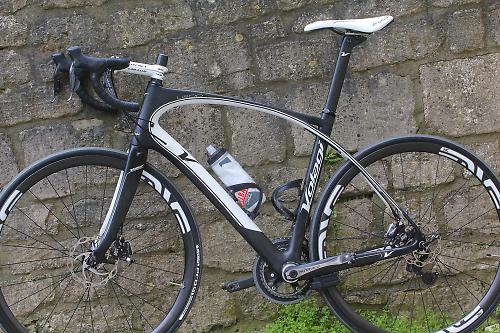 Okay, so Lance Larrabee from Tektro USA came visiting road.cc yesterday to drop off the new brakes, and we went out for a quick ride, taking in the Two Tunnels (amazing; you have to ride through these if you get the chance) and some big hills outside of Bath.

Lance and I take the same bike size so we did a quick swap to give me the chance to use the brakes (Lance’s bike is a Volagi endurance model, by the way, with a seat tube attached only to the top tube, not to the seatstays, but that’s another story). 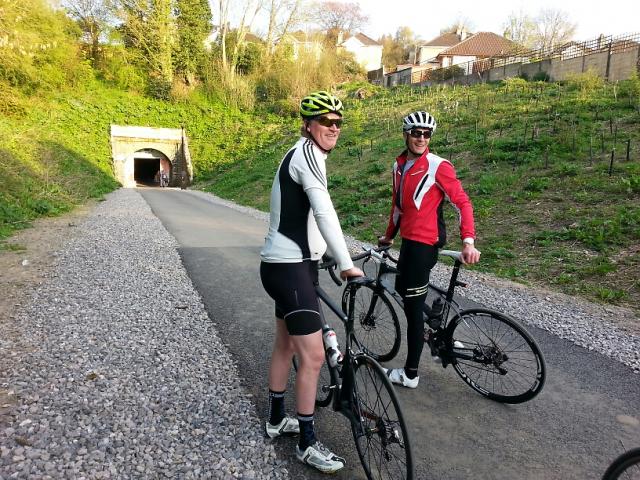 First impressions are that there’s a whole lot of power on offer here. If you want to stop in a hurry, you can. If you’re going superfast on a steep descent and you need to stop suddenly, the HyRds will haul you to a halt very quickly.

The other thing you notice is that the HyRd brakes are very progressive, so if you don’t need all that power you’ll never apply it accidentally. Rather than being either fully on or completely off, you get tons of scope to vary your braking.

The other benefit to that is that if you do brake too hard and lock up the wheel, it’s easy to let off just enough pressure to get it moving again while still braking hard.

Like I said, these are very much initial impressions. We’ll get the set of HyRds that Lance left with us fitted to a bike and ridden over our usual routes over the next few weeks and we’ll be back with a full report. 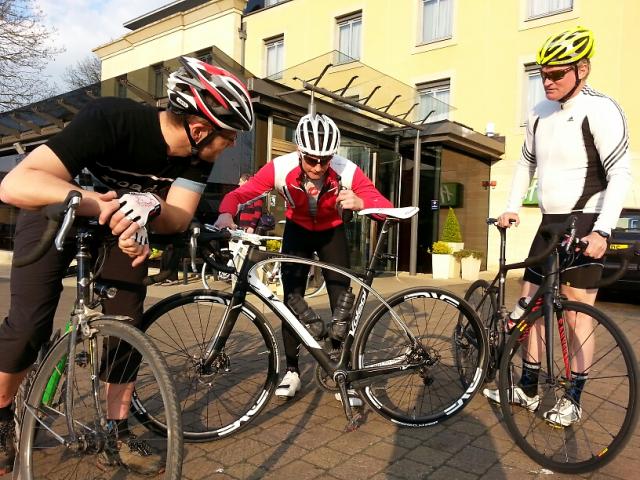 Incidentally, we visited Tektro/TRP in Taiwan recently and we’ve also interviewed Lance on all things brake related, so expect a full feature covering all of that shortly.

For more info go to www.trpbrakes.com or UK distributor www.upgradebikes.co.uk.