While there’s no brand new bikes in Specialized’s 2014 range, there’s a raft of refinements and features trickling down through the price ranges from the top. The significant change to the Tarmac and Roubaix is that now all models in the range share the SL4 platform, which includes size-specific carbon layups and frame shaping. There’s more disc brake options on the Roubaix and CruX as well.

Both the Tarmac and Roubaix benefit from the trickle-down effect, with the SL4 technology now applying to all models in the range. While the bikes still look very similar, underneath the paint all the models share the SL4 chassis that previously was only available on the top-end models. Only the carbon fibre used changes the more you spend, from  FACT 9R carbon on entry-level bikes to pricier FACT IS 11R carbon. 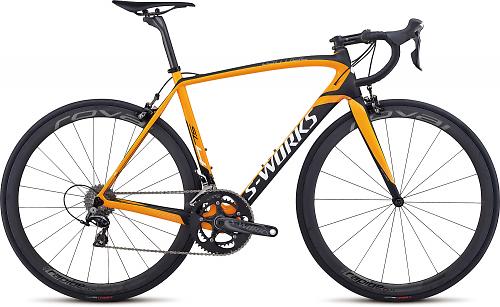 A benefit of the SL4 platform is the size-specific layup. That means that now every frame has carbon fibre layups, forks and seat stay and chainstays, specific to each size, from the smallest 49cm up to the 61cm size. This specific carbon moulding for each size should ensure optimised weight and stiffness for each size to better suit the demands of different height cyclists. The lower headset bearing is even different depending on size, with a 1.125in on smaller frames and 1.375in on larger frames. 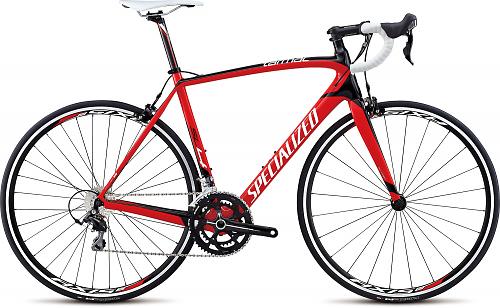 We half expected an update to the Tarmac SL4, an SL5 perhaps. It’s been around for a couple of years now but it continues for another year largely unchanged, aside from the expansion of the size-specific tubing to all price points. 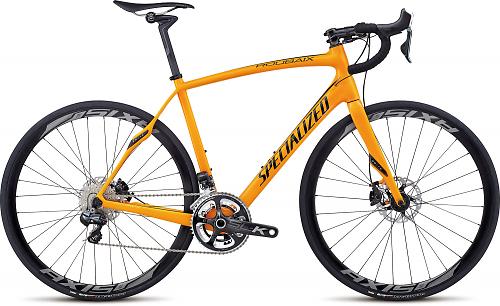 Specialized introduced a disc-equipped Roubaix last year, and for 2014 they’ve expanded the choice out to three bikes, but only two will be coming to the UK. Specialized taking the decision to not give us the SRAM Red 22 Hydro Disc model. Instead there’s two models, the Expert with an Ultegra Di2 build, complete with Shimano’s new hydraulic disc brakes, and a Sora build with mechanical discs. 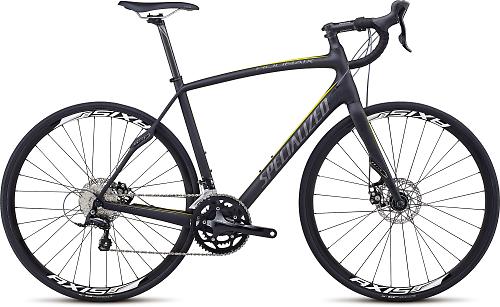 The frame has been designed around the disc brakes. The rear brake caliper is mounted inside the dropout and the hose, along with the gear cables, is routed inside the frame, keeping the lines very clean. The new fork has the hose mounted externally. There’s all the usual Zertz inserts in the fork, seatstays and seatpost that are common to the regular Roubaix bikes. The inserts are specific to each size frame as well. 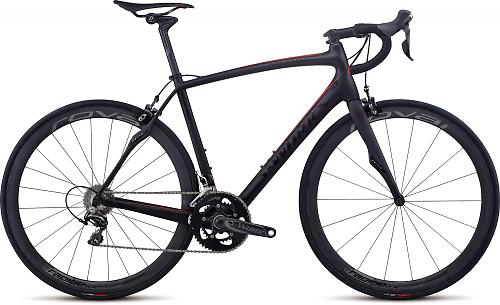 Don't worry if you're not sold on disc brakes on road bikes, you can still get the Roubaix with conventional caliper brakes. 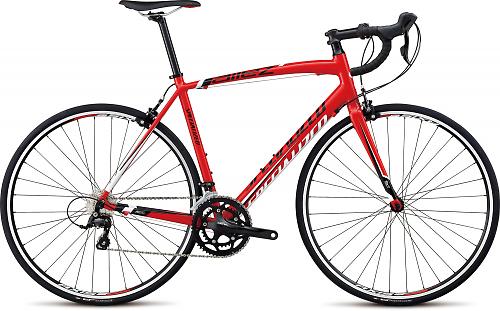 We brought you news of the limited edition Allez S-Works recently, and the good news is that the frame is being offered on a couple of models. The frame uses a SmartWeld technique to join a forged head tube with hydroformed main tubes, to boost the front-end stiffness. The interface between the main tubes and the head tube creates a stronger and lighter structure. The main tubes are made from E5 alloy and are butted to the thinnest walls possible. The result is a reported frame weight of 1,200g for a 56cm frame 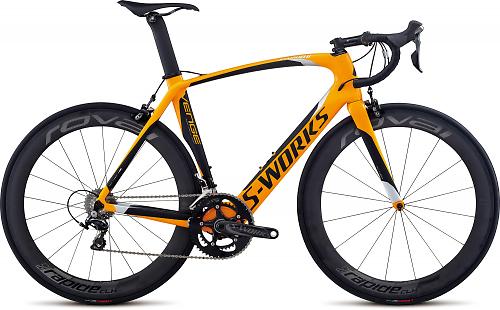 No major changes to Mark Cavendish’s bike of choice, the aero Venge. US customers will be treated to a model with SRAM’s new Hydro HRR hydraulic rim brakes, but that’s not being brought into the UK. The highest spec model over here is a Dura-Ace Di2 11-speed build, with the new Roval CLX60 wheels. These are a carbon clincher with either a 40mm or 60mm rim depth, ceramic bearings and S-Works Turbo tyres. 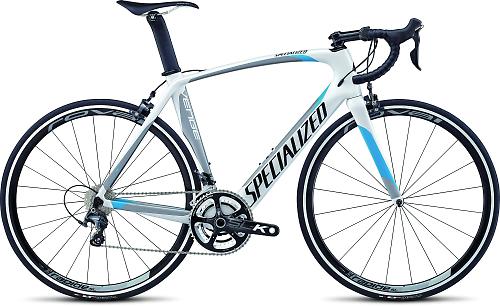 The CruX E5 Sport cyclocross model is now offered with SRAM’s new S-700 hydraulic disc brakes, along with Apex mechs and a CX non-series chainset. The E5 Premium aluminum frame has internal routing for the rear brake hose and gear cables, while the front brake hose is routed along the back edge of carbon fork. 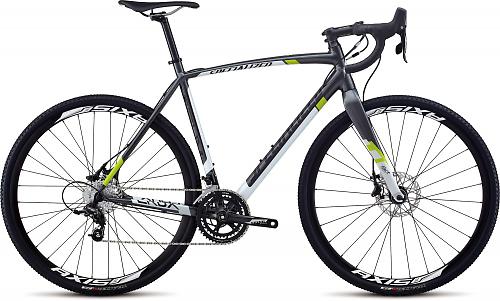 Specialized will also offer the carbon version of the CruX with disc mounts and a disc-specific fork, painted in what can only be described as a distinctive paint job. 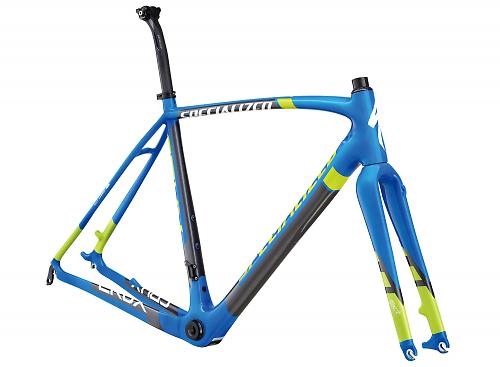 It does appear that Specialized won’t be bringing a fully built version of this frame into the UK, which does seem a shame. Over in the US they have a choice of three SRAM Hydro bikes. 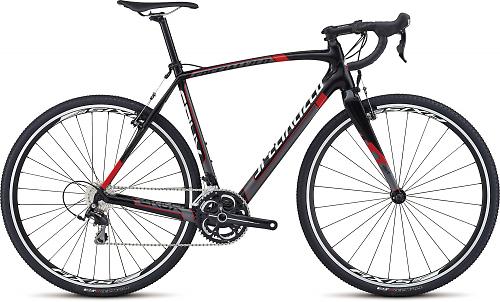 There's still several caliper-equiped CruX models available if you aren't interested in disc brakes, with this model looking a very good race-ready package if you're new to cyclo-cross.

Prices and availability to be confirmed. More at www.specialized.com