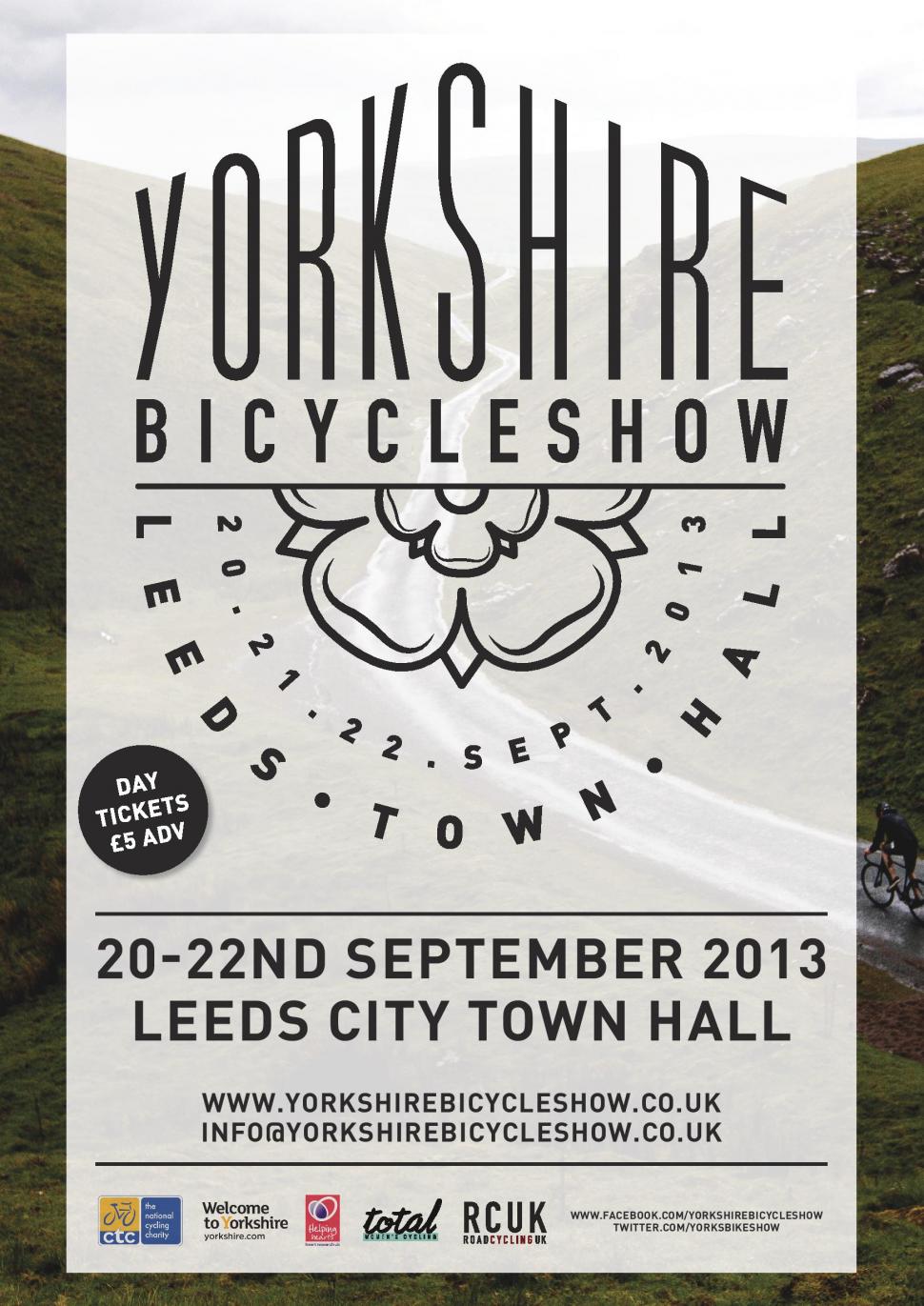 Wet your whistle for the 2014 Tour de France Grand Depart with a trip to the Yorkshire Bicycle Show in Leeds Town Hall from the 20-22 September.

The stunning Victorian building will host three days of attractions including an array of stalls with bikes and clothing for sale, exhibits from local and national cycling groups, and talks from a range of frame builders, cyclists and cycling industry expects.

There will also be BMX displays, short films and local beers, ales and food, along with the chance to check out the 2014 official Tour de France team car, making it a great weekend out whatever the weather does.

A full list of exhibitors can be found here.

The organisers say: “Across our region bicycle fever is growing. As 2014’s Grand Départ grows ever closer, cyclists across the North are preparing for a period of cycling celebrations. The good news is the fun is set to hit Leeds sooner than expected and the celebrations will begin early ­ with the Yorkshire Bicycle Show.

“The show will be the first of its kind in the city. With a wide range of exhibitors from all varieties of cycling, visitors will enjoy a host of innovative bicycle products and designs, plus talks, displays and events throughout the whole weekend.

“Organised by local businesses, the show will demonstrate the best that Northern cycling has to offer, as well as giving an insight into innovations from across the UK and Europe.

“With local food and beers available, the show promises to give cycling a good old Yorkshire welcome and kick off the countdown to 2014 with a bang.”

The show is open to the public between 10am and 6pm on Saturday 21 and Sunday 22 September. Tickets are £5 in advance for adults, with under 12s going free, and are available online from the Show’s website.

All advance bookings will be entered into a free prize draw to win a complete bike from State Bicycle Co.