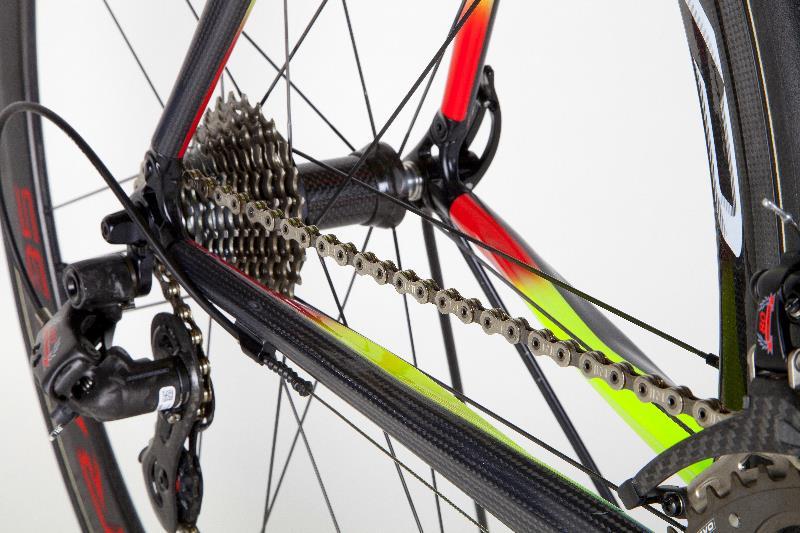 LeMond is partnering with Time to produce an initial range of three road bikes, here's a sneak peek before the official launch
by David Arthur @davearthur

Greg LeMond, three-time Tour de France winner and the only American to win the race, is set to launch a range of signature road bikes at the Interbike show in Las Vegas next week.

The new range will initially feature three models based on colours from his Tour victories in 1986, 1988 and 1990. LeMond has collaborated with Time Sport International to manufacture the carbon road bikes.

Details are few and far between at this stage, we’ll know more once they’re officially unveiled at the show. Time manufactue their frames in-house using their own carbon weaving technique, which Mat had a good look at when he paid the factory a visit earlier this year. With Campagnolo supplying its 80th Anniversary Record groupset for the range, we can expect some very high-end builds.

“My interest in the bicycle as a machine, with its design, details and  innovative possibilities, never went away after I retired from racing in late 1994," said LeMond. "For a time I lost my creative outlet, but like form coming back to a rider who was weakened, I have rediscovered my creativity and passion for the bike.

“I’ve travelled the world, observing carbon fabrication in more detail than ever before, and I’ve refined my ideas. When I landed in Vaulx-Milieu, France to meet with Jean Marc Gueugneaud and Roland Cattin of TIME Sport International earlier this year, I had done my due diligence. I spent countless hours traveling, sitting in meetings and standing on factory floors, but I saved TIME for last for a reason: I would now be able to view everything they were doing through a discerning eye."

There is history between LeMond and Time. In 1985 Jean Marc Gueugneaud built a carbon bike for him when he was racing with Bernard Hinault on the La Vie Claire team. The partnership continued: when Gueugneaud left Time he set up TVT, a custom carbon frame company, and provided bikes for LeMond which he rode to his three Tour victories and the World Championships in 1983.

Clearly this history between the two has been pivotal in the news of the relaunched LeMond brand. “I’m very fond of my history with Jean Marc and his bikes, but I needed to see what he and Roland  had accomplished since the early ‘90s; I needed to see how they were doing it now,” LeMond added. “The level of design and craftsmanship poured into their products today is unsurpassed. The balance of strength, weight, durability and ride quality in what they build puts them atop the podium as the premiere carbon constructor.:

Watch this space, we'll bring you more news on the bikes as soon as we get it.