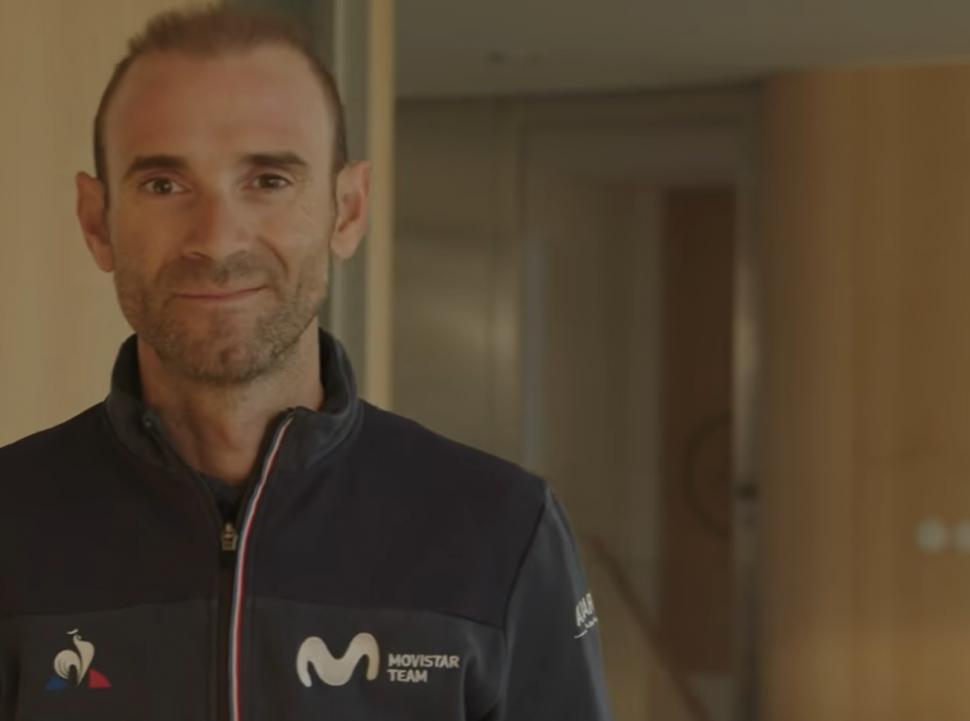 Alejandro Valverde in hospital after hit-and-run incident during training

UPDATE: 69-year-old man arrested after driver hands himself in to police
by Dan Alexander

Veteran rider Alejandro Valverde has been taken to hospital after a hit-and-run motorist drove into him as he trained with teammates at home in Spain, his Movistar team has confirmed.

The incident happened in Alcantarilla near Murcia and, despite fortunately suffering no fractures or serious injuries, Valverde will remain under observation for 24 hours. His training partners were uninjured.

Full details of the incident remain unclear but according to VeloNews, a witness said a driver close passed the group at speed, with one of the trio remonstrating with them for putting them in danger. The driver then allegedly reversed into the group, damaging Valverde's bike in the process.

Spanish cycling website Ciclismo a fondo has since reported the 69-year-old man involved in the incident later went to La Alberca police station where he was arrested and made available to national police.

Movistar confirmed the news on Twitter: "We confirm that @alejanvalverde has no fractures or serious injuries after suffering an incident this Saturday when he was riding with a teammate in Alcantarilla. Bala will remain under observation for 24 hours and will later be discharged. Your partner is also OK."

Valverde later took to Instagram, saying: "I want to thank you all for the support and affection I received today. Luckily everything has been in a scare and I'm fine."

The 42-year-old is preparing for the final Grand Tour of his career, the Vuelta a España, where he will be hoping to add to his 12 stage wins at the race.

Valverde finished the Giro d'Italia 11th on GC, but was unable to add to his two wins in 2022.