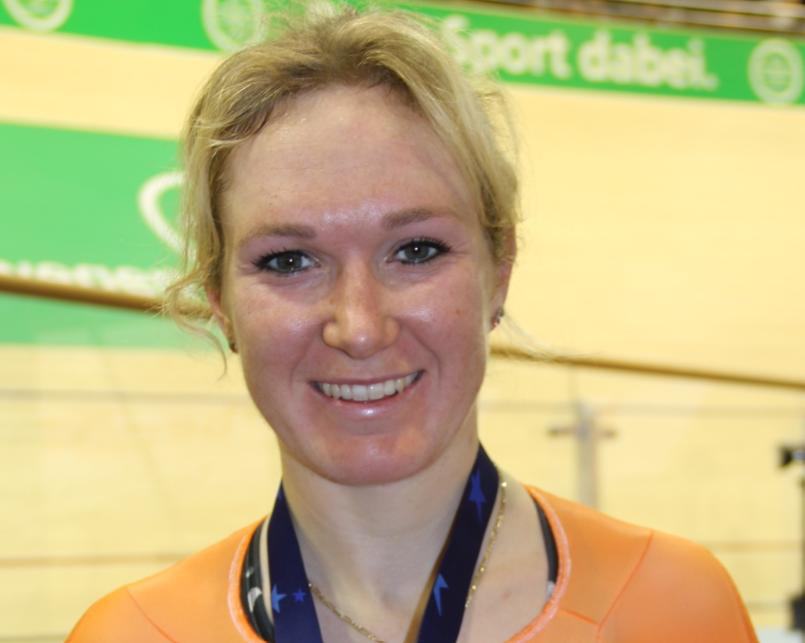 Dutch national road race champion and three-time rainbow jersey winner in the Madison Amy Pieters is showing increasing signs of “awareness,” more than four months after a crash while training in Spain that left the SD Worx rider in a coma.

The news was communicated in identical statements from her team and the Dutch national cycling federation, the KNWU, saying that her “condition has changed.”

The 30-year-old was on a training camp in Calpe near Alicante when she crashed two days before Christmas last year, losing consciousness and sustaining serious head injuries.

She was placed in an induced coma and underwent an operation to relieve the pressure on her brain at hospital in Alicante, and was repatriated to the Netherlands by air ambulance in early January.

The statement from SD Worx and the KNWU said: “There is awareness. That is, she can communicate somewhat non-verbally.

“Amy recognises people, understands what is being said and can perform more and more assignments.

“The doctors are not yet able to make a statement about which residual symptoms and remaining possibilities Amy Pieters has left from the brain injury.”

According to the statement, since mid-February Pieters has been following a specialist intensive neurorehabilitation programme at an institution affiliated with the EENnacoma network, which provides care and support to patients who are in a coma as a result of traumatic injury, as well as their families.

The statement said that the institution is now “working towards an appropriate follow-up in the rehabilitation process.”

It added that Pieters’ family “appreciates the tremendous compassion shown, but also asks everyone to respect the privacy of those involved.”

Pieters has won the rainbow jersey in the Madison at the past three UCI Track Cycling World Championships, partnered each team by fellow Dutch rider Kirsten Wild.

She was also European road champion in 2019, a year in which she was a member of the Dutch team that won the mixed relay at the UCI Road Cycling World Championships in Yorkshire.