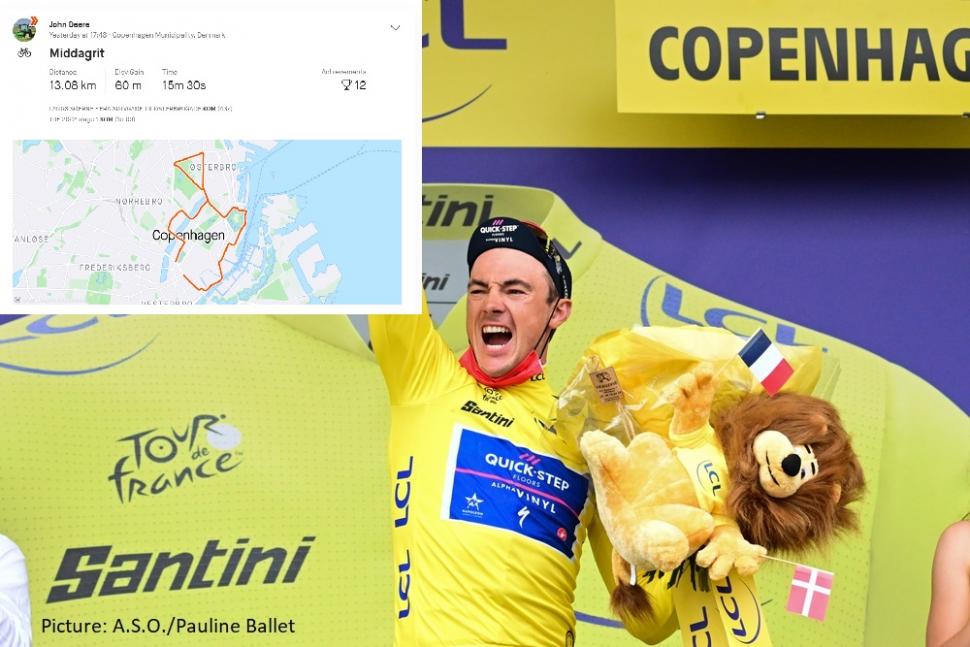 Now the Tour de France is officially underway let's crack on with our official Grand Tour opening — nerding out over the peloton's best on Strava...

And boy do we have plenty of material for you today as a plethora of the elite riders from yesterday's time trial have posted their rides, some with more transparency than others. Shout-out to Mathieu van der Poel for continuing to be unbothered by his rivals seeing his power data. I guess when you can put out sixteen-trillion watts it doesn't matter who knows.

For a while we thought Yves Lampaert, who amusingly uses Strava under the alias John Deere (complete with tractor profile picture) would leave us hanging, but he, Van Aert, Pogačar, Ganna and Van der Poel have all uploaded their rides, giving us plenty to get stuck into. Shall we? 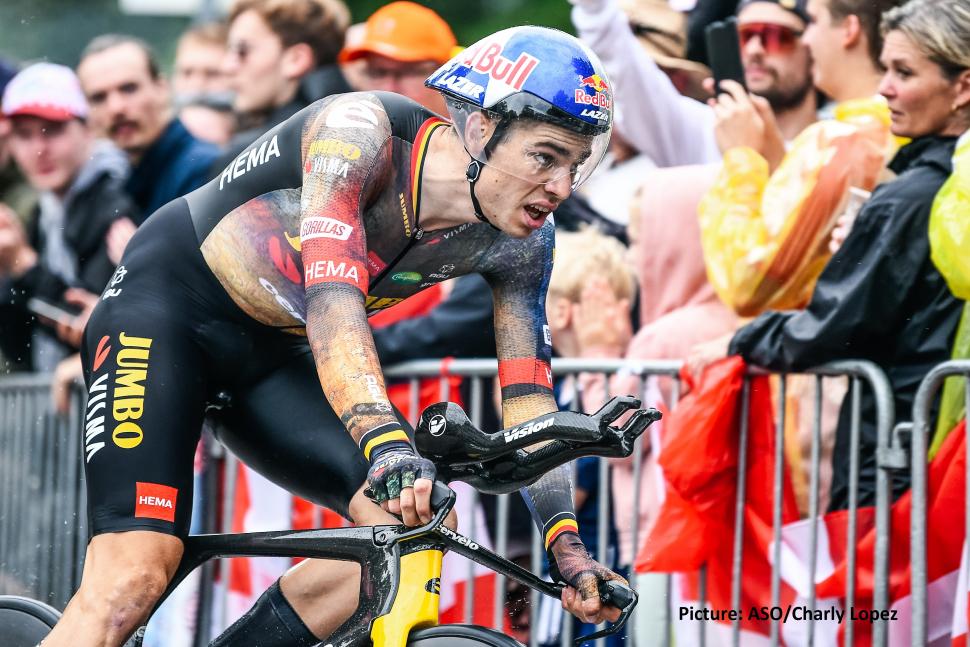 Of the 12 segments on the 13.2km route, fastest man Lampaert unsurprisingly won four KOMs, while Wout and Top Ganna have two apiece. A few of the others fell during the riders' recon on dry roads.

The Quick-Step Alpha Vinyl classics man is the owner of the big one too, taking the official 'LeTour 2022 Stage 1 Copenhagen TT' KOM, although some questionable GPS means the rest of the leaderboard is a little muddled. 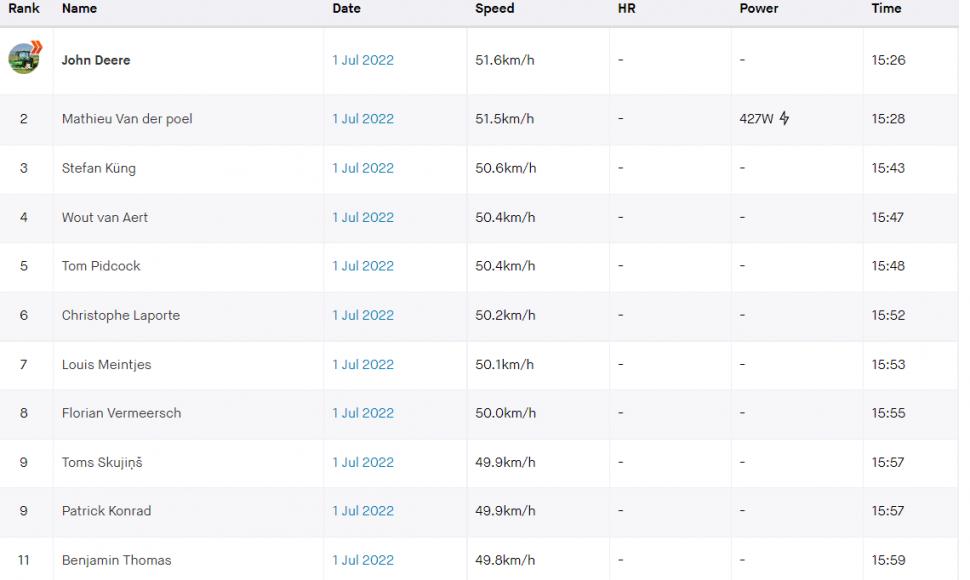 Van der Poel's time on the official segment is the closest match to his actual time of the favourites, at two seconds faster than his official time, and conveniently comes with juicy power meter data for analysis.

The 27-year-old averaged 427w (normalised 434w) for 15:28 (official time 15:30) at an average speed of a little over 51km/h. Now, a city centre time trial is probably not the best setting for staggering power numbers, the twists, turns (not to mention the sodden roads) made for a more stop-start effort than a pure 15-minute power test. 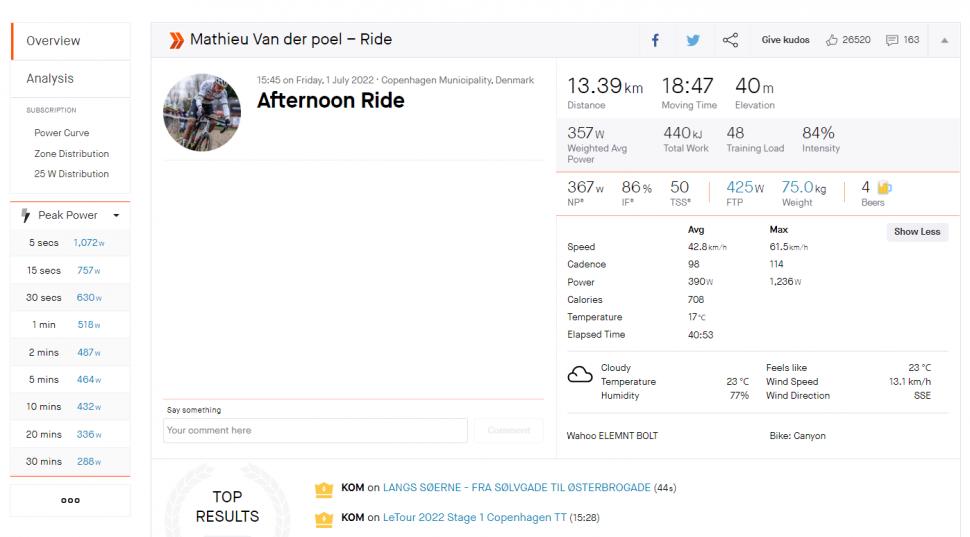 In fact, the file shows ten times when he had to stop pedalling completely, to negotiate a bend, before surging back up to speed. Van der Poel recorded his peak power, 1,236w, while sprinting away from the start and averaged 630w for the first 30 seconds.

Alpecin-Deceuninck's website lists their star rider as 75kg, giving him a figure of 5.7w/kg for his fifth-place. The Strava Lord giveth and the Strava Lord taketh away, however. Although we have full power data, alas we have no heart rate figure for Van der Poel (or any of the big engines, for that matter).

How did the rain affect the stage?

If anything, after Stefan Bissegger's double crash nightmare start, despite the rain worsening, we didn't see that many crashes. Certainly not the carnage of Düsseldorf in 2017.

However, the conditions did affect how the course was raced. A frustrated gilet-laden Geraint Thomas concluded he was "cornering like my wife — she hasn't ridden a bike in 12 years" during the opening section. "That was the worst first half of a time trial I've ever done," he said afterwards.

And the Strava numbers show some sections of the course were particularly perilous. On the winding park path past the famous Little Mermaid sculpture, not one of the favourites went quicker than during their dry recon. Van Aert and Lampaert went two and one seconds slower during the race respectively, while Pogačar posted his third fastest time on the segment. 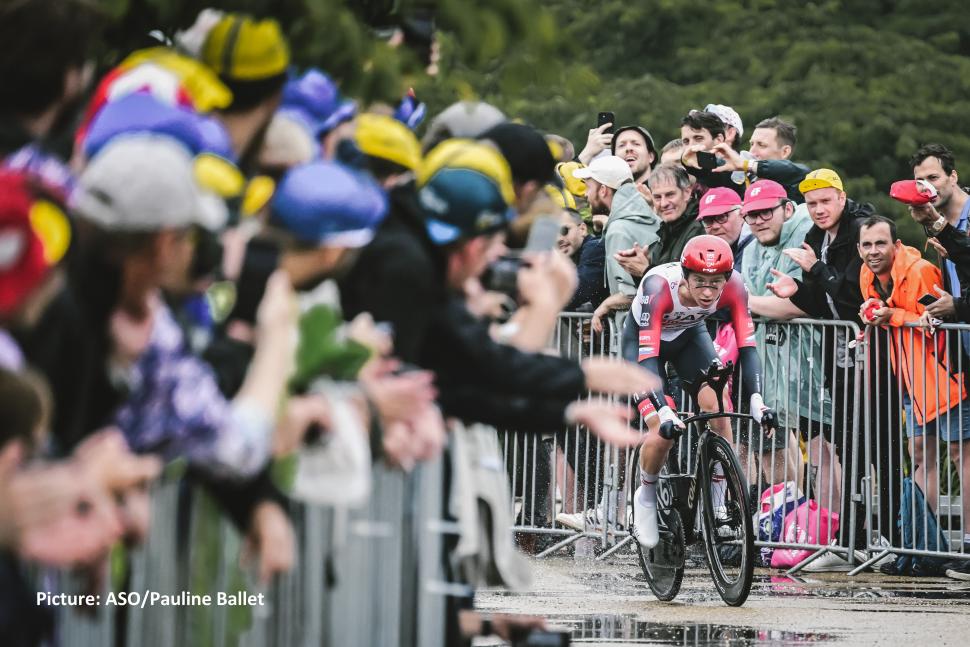 One other nugget to take from the Strava activities is the fate of Bahrain Victorious' GC hopeful Jack Haig who was missed by the TV cameras but told his followers he suffered a puncture, which contributed to his 44 seconds lost to Pogačar. Not bad for a time including a bike change.

Oh, and finally, remember when Pog wasn't too happy with his tyres at the recent Tour of Slovenia? Well, Van der Poel even had time to drop some bants in the young star's Strava comments... 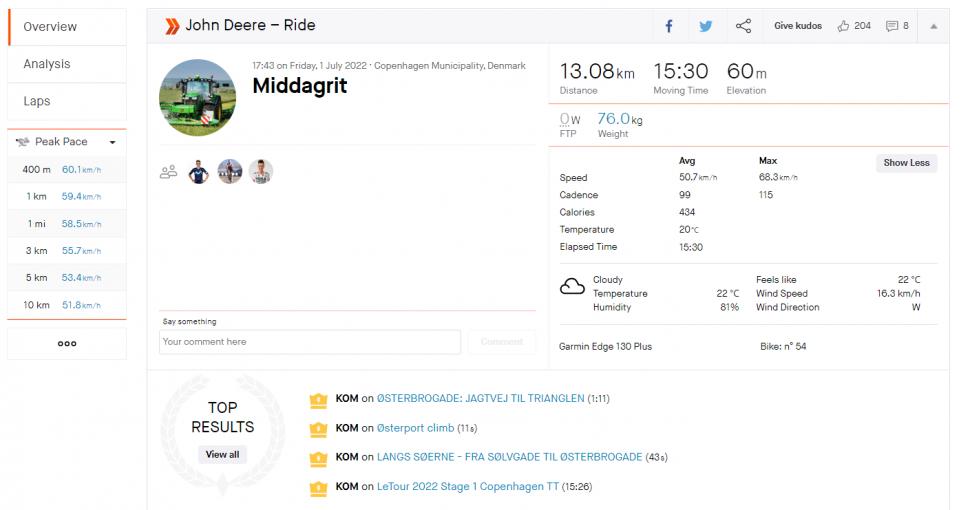 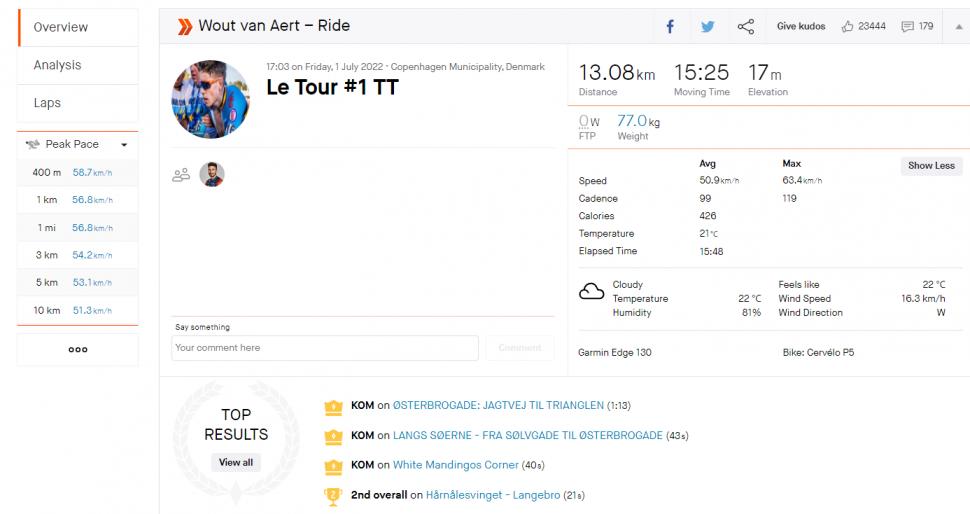 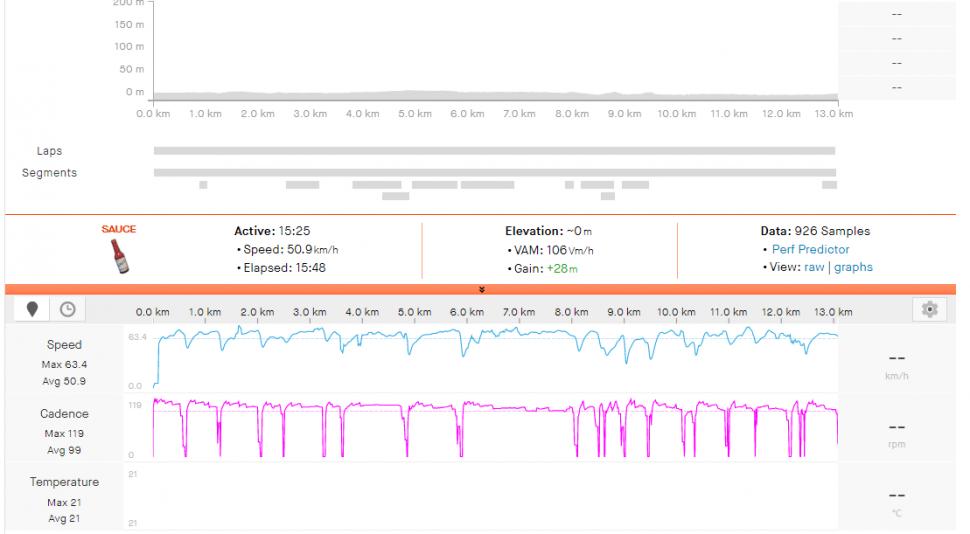 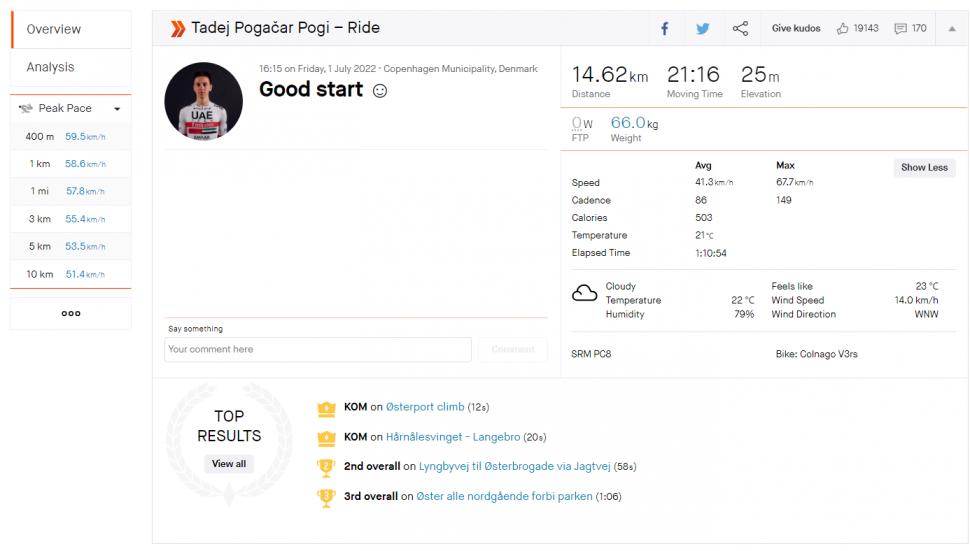 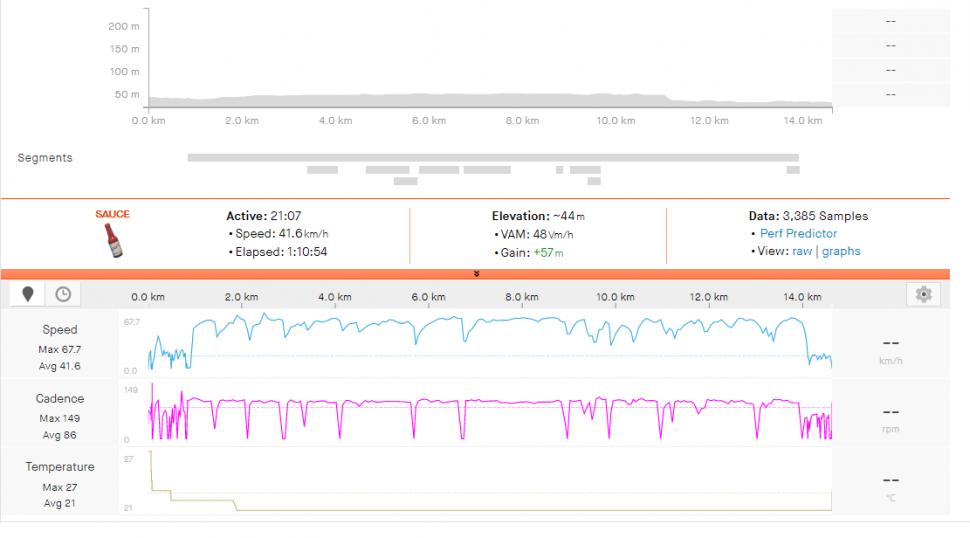 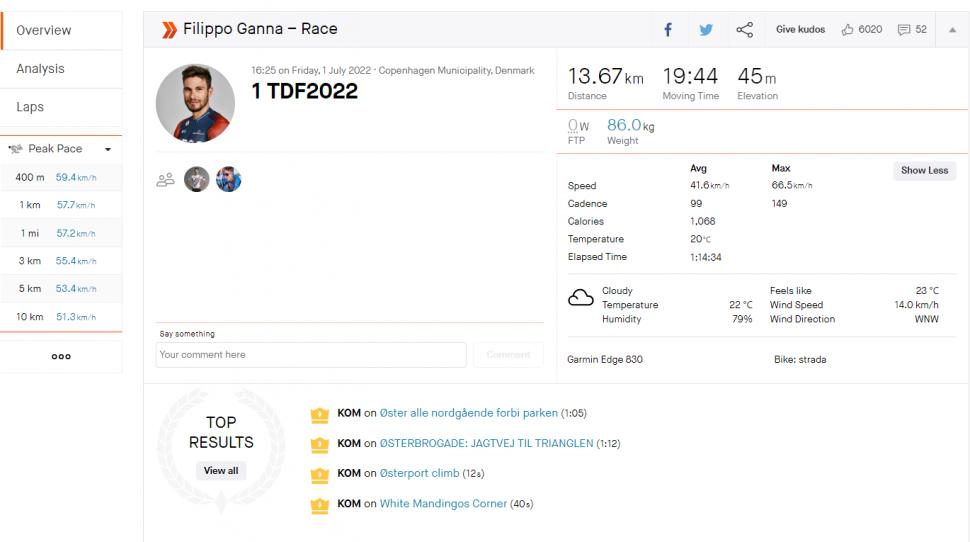