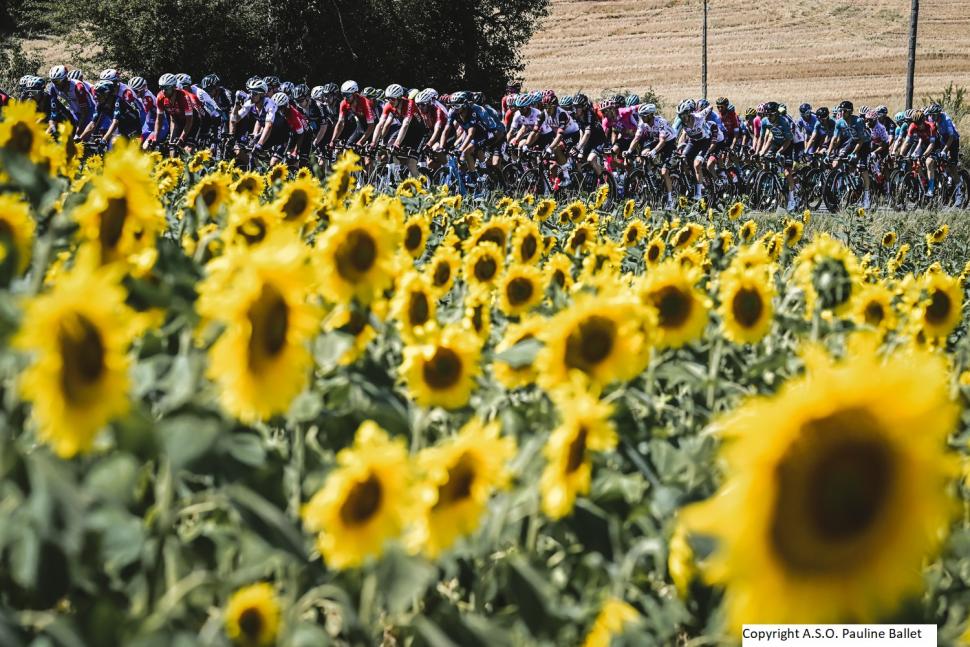 Crash today brought down riders including Steven Kruijswijk who abandons in further blow for leader Jonas Vingegaard, who has also hit the deck
by Simon_MacMichael

Jasper Philipsen of Alpecin-Deceuninck has won Stage 15 of the Tour de France in Carcassonne this afternoon, winning the bunch sprint at the end of the 202km stage from Rodez from points leader Wout van Aert following a frantic closing 65km which saw escapee Benjamin Thomas, riding on his local roads, caught with the finish line in sight.

Protesters had earlier tried to interrupt the race for the second time this week, although rather than suspending the race as they did on Tuesday's Stage 10, organisers today decided to let the race continue as the protesters were dragged off the road by police at a little less than 65km to go in the stage to Carcassonne, just as the two-man break went through.

"The race is stopped ... Oh, we're hearing that the race continues!"

Moments later, a crash saw Jumbo-Visma's Steve Kruijswijk abandon the race after crashing, sustaining an apparent broken collarbone and being taken away in an ambulance. The Dutch rider was in the main peloton and it is unclear whether the crash that took him down is linked to the protest.

It is a further blow for race leader Jonas Vingegaard who has now lost two key support riders in the mountains today, with Primoz Roglic withdrawing from the race this morning – and shortly afterwards in what has suddenly exploded into a dramatic day, the Dane himself hit the deck, although he is back racing and in the peloton.

The yellow jersey has been caught in a crash! Jonas Vingegaard goes down with one of his teammates. @LeTour @usa_network #TDF2022 pic.twitter.com/kllMnxd5He