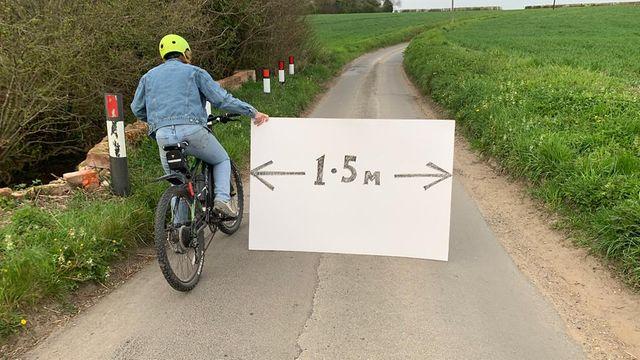 Opponents of a controversial waste plant in Norfolk have evoked – of all things – the recent changes to the Highway Code to strengthen their case against retrospective plans for the site.

Proposals for the creation of an anaerobic digestion facility at Bressingham, near Diss, which would produce fuel from waste materials, were originally approved in 2015. Anaerobic Digesters make use of organic waste, such as manure, to create biomethane that is used to produce power through the national gas grid.

The company behind the plant, Deal Farm Biogas, says the site, once completed, will generate enough biogas to power more than 4,600 homes.

However, local residents, as well as two local MPs, have long opposed the plant, and after complaints were made to South Norfolk Council that the plans had been changed without permission, work on the site was halted in November 2021.

> Highway Code changes: ‘What about cyclists, or do the rules not apply to them?’

As the council considers a partly retrospective planning application from the developers, opponents of the scheme believe that the recent revisions to the Highway Code, adopted in January and designed to protect vulnerable road users, will help their struggle to put a stop to the plant.

Campaigners say that the plant will lead to an increase in lorries in the area, putting cyclists and walkers at risk on the narrow, rural roads which surround the site.

Rule 163 of the revised Highway Code tells drivers that they must leave at least 1.5 metres when overtaking cyclists at speeds of up to 30mph, and more at higher speeds, while motorists should keep to a slow speed and allow up to two metres when passing pedestrians.

Opponents of the biogas plant have argued that it is not possible for a lorry to pass a cyclist safely near the site, and have lodged their concerns with the council.

To prove their point, the campaigners jumped on their bikes and used a 1.5-metre-wide piece of card to demonstrate the lack of room on the roads near Bressingham.

> “Long may it continue”: Sir Chris Hoy says that he has experienced fewer close passes since the Highway Code revisions

Hazel Dormer, who lives near the plant, told the Eastern Daily Press: “Children and families won’t be able to use the roads to exercise or go to school or work without getting in a car.

“We will be trapped in our houses.”

Norfolk County Council’s Highways department has echoed local residents’ concerns, and argued that while their Highway Code-based campaign was not a “comprehensive assessment”, it did “demonstrate the inadequacies” of the routes around the plant.

The Highways representative also pointed out that, as some of the material needed to feed the digester would likely come from beyond the local area, the creation of the plant would increase the movement of heavy vehicles across the county’s rural roads.

A representative from Deal Farm Biogas responded to the complaints by noting that existing farm vehicles would struggle to comply with the new Highway Code guidance, and that the company had offered to create passing places along the affected roads.

“We have demonstrated through the Transport Statement that the AD plant will eliminate a significant amount of double handling of materials and will reduce the number of traffic movements,” the spokesperson said.

“If the AD Plant does not go ahead, the same tractors will continue to use the roads around Deal Farm defined in the Transport Statement, but to a greater extent.”

1
Near Miss of the Day 794: Driver passes cyclists signalling right — police suggest riders should have turned quicker
2
Cyclist's severed foot found on hit-and-run suspect's car as driver arrested
3
"Someone could be killed": Path users blame speeding cyclists for New Forest danger
4
"They said give us the bike or we stab you": Another cyclist targeted by motorbike-riding muggers on popular route out of London
5
Moriah Wilson murder: Kaitlin Armstrong caught in Costa Rica after six weeks on the run
6
Near Miss of the Day 792: National Express bus driver in ultra-close pass on cyclist (includes swearing)
7
Would you like to see the crazy Cadex tri bike in the Tour de France? Plus new stuff from Elite, CeramicSpeed, Santini, Bollé, MAAP & more
8
Tour de France Gilet-gate: Geraint Thomas explains how he forgot to ditch body warmer for Copenhagen TT