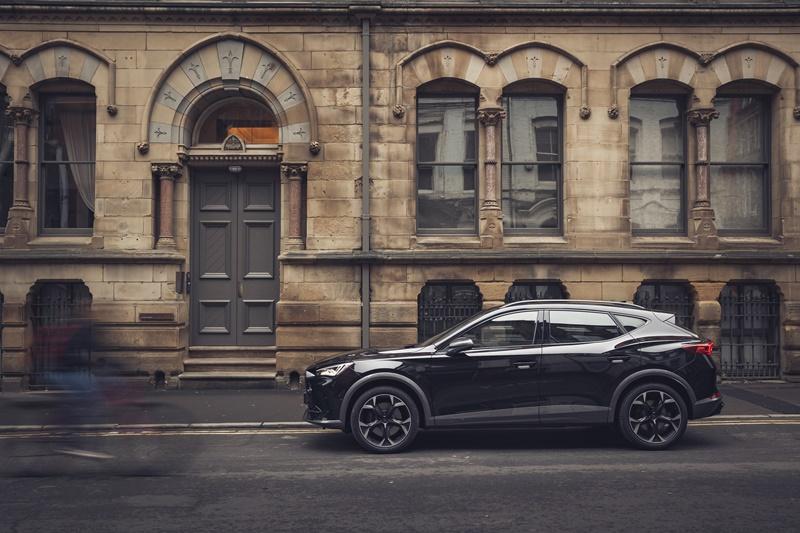 The new car from Cupra, the Formentor SUV, will sound a warning to those exiting the vehicle if a cyclist, pedestrian or vehicle is coming. The manufacturer hopes that this will go some way towards reducing incidents of car doorings.

Doorings are a major danger for those on two wheels and incidents have, on occasion, proven fatal.

In 2018, Maria Bitner-Glindzicz was killed when a van driver opened his door without looking, forcing her to swerve into the path of a taxi that was overtaking her.

A year earlier, Sam Boulton was killed outside Leicester railway station when a taxi passenger opened her door, knocking him off his bike and into the path of an oncoming van. His family have since campaigned for warning stickers to be added to taxis and for the Dutch Reach to be incorporated into the driving test and Highway Code.

The first model developed exclusively by the brand, the Cupra Formentor SUV goes on sale this month.

It features a rear-facing camera that detects passing traffic, triggering an audible warning to remind the driver or passengers to not open the door unless it’s safe to do so.

A spokesperson said: “Alongside the Dutch Reach – a technique which requires occupants to reach across with the hand furthest from the door – technology can combine with new behaviours to reduce accidents.”

This is not the first anti-dooring feature devised by a car manufacturer.

Ford has been working on an anti-dooring wing mirror which also features flashing LEDs as well as an audible warning. The LEDs supposedly serve as a warning to cyclists as well as the car occupant.

We’ve also previously reported on the Audi A8 system, which goes somewhat further. Rather than just sounding a warning, the Audi system locks the car’s doors if it detects a cyclist approaching.