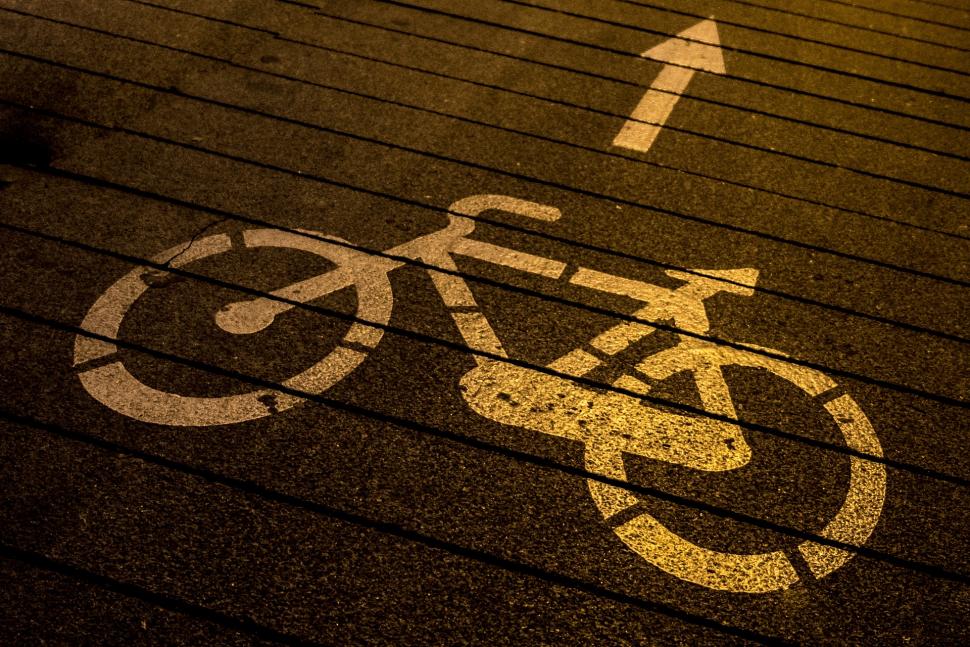 A farmer attacked a cyclist by throwing a billhook at his bike following a road rage incident in which he became enraged because the man was not using a cycle lane.

Robert Fell, 66, overtook Andrew Smith who was riding on the main road rather than using a nearby cycle lane.

Mr Smith, in his 30s, claimed that Fell overtook him dangerously and so he shouted at the farmer warning him he was too close.

This prompted Fell, who was just yards from his home, to wind down the window of his VW Transporter van and retort: 'Well get on the cycle path then!'

Mr Smith then decided to follow Fell back to his nearby farm in the tiny hamlet of Millington on the outskirts of Knutsford, Cheshire.

Shortly after Fell got out of his vehicle, Mr Smith walked past a 'Private Property Keep Out' sign on a private road and confronted the farmer in his yard, saying: "Why are you speaking to me like that?"

Fell fired back: "Get off my lane!" before grabbing the billhook - which is used to trim tree saplings - and hurling it toward Mr Smith.

At Stockport magistrates court, Fell pleaded guilty to causing harassment alarm and distress, after his not guilty pleas to assault and criminal damage were accepted, The Mirror reports.

While Mr Smith, who was not in court, claimed £2,195 worth of damage was caused to his expensive bike, JPs refused to order Fell to pay any compensation as the victim had been on private property at the time of the attack.

The incident, which took place around 3pm on April 8 of this year, came after Fell claimed he had experienced various 'difficulties' when cyclists did not use the cycle lane built in 2017 next to his property as part of the £200m A556 Northwich by-pass scheme.

Despite what many people out on the roads might claim, the Highway Code makes it clear that cyclists aren't obliged to use cycle lanes.

Alex Bowden, of our sister site eBikeTips, lives locally and he explained why cyclists in the area preferred to use that section of road rather than the cycle path.

"Everyone hated it because it was not really an arterial road so George Osborne decided to bypass it. They built this 'link road' which is exactly what you'd imagine and you can't ride a bike on it.

"However, impressively, they turned the dual carriageway into one lane each way and turned the other half into a cyclepath/footpath/horse track thing.

"The old A556 is now pretty much completely empty so ironically the road has become very safe to ride on. They also resurfaced it.

"The cycle path is shale and has bollards and side roads. It's not bad. But the road is better."

He added: "If this fella is annoyed about some cyclists not using the shale, he might want to stop and think about whether he preferred it when every single vehicle travelling between the south of England and Manchester went past his house."

Defending Mr Fell, lawyer Lesley Herman said: "Mr Fell lives near a new motorway junction and a cycle path has been put in place, at some expense to the government.

“It is very close to his property and he has a lot of difficulty with cyclists who do not choose to use this cycle path.

"The complainant was the one who said 'you are too close' and the defendant then responded by saying "Well get on the cycle path then". He then went home and did not think there was going to be any problem.

"But Mr Smith went along a private road for some distance to get to his house. There is a sign that says 'private property keep out' and Mr Fell was surprised to find someone on his property.

"He had a serious accident at work and is a man who has to walk on crutches - and there was a young man on his property. He accepts that he misread the situation and the cyclist said 'why are you speaking to me like that?'

"It is a working farm and he has equipment which he is using. A billhook was in his right hand and he was concerned so he threw it in the direction of the cyclist but at the floor and it caused a scratch on the bike.

"If he had intended to throw it at Mr Smith himself, it would have caused him some damage. He just wanted to frighten him and for Mr Smith to leave. It is a very unfortunate incident and he knows he cannot behave in that way and that he has to see it the other way the person would have seen it. He accepts Mr Smith would have been concerned for his safety."

JP Ravji Patel said: "The victim has been onto private property where it says 'do not enter' and it made the defendant vulnerable. Therefore, there is to be no order for compensation."

His wife Linda said: "We just want to put this behind us and move forward with our lives."