With cycling's biggest race set to kick off in Copenhagen this Friday, make sure you catch all the action with a GCN+ subscription...
by roadcc staff

While the cycling world has spent the past week poring over stage profiles and form guides, and endlessly debating controversial team selections – thanks, Patrick Lefevere – by the time the first rider rolls down the start ramp in Copenhagen on Friday afternoon, all eyes will finally be on four weeks of thrilling racing on the roads of France (and Denmark, Belgium, and Switzerland…).

Yep, it’s that time of the year again, when bike racing becomes a mainstream concern; like when your favourite band scores a number one hit and you have to explain their back catalogue to all your previously uninterested mates.

The Tour de France may sometimes seem like a hexagon-shaped blackhole, sucking attention away from all of cycling’s other showpiece races, but there’s a good reason for that. It’s the pinnacle of the sport, the race that captures the imagination like no other, and the one that keeps us glued to our TV screens as the so-called giants of the road battle over stunning Alpine passes, across bone-juddering cobblestones, on exposed, windy roads, and in frenetic, nerve-jangling sprint finishes. And all set to the backdrop of one of the most beautiful places on the planet.

And this year, for the first time, we’re all being treated to an extra exciting week of action, as the Tour de France Femmes avec Zwift makes its long-awaited debut, in what will hopefully be a pivotal moment for women’s cycling.

And if you’re already camping out on Dutch Corner or Beefeater Bend, you can keep up to speed with the peloton by streaming the stage to your phone. Fancy heading out for an actual cycle when a stage is on? No problem, you can pause and pick up where you left off, or catch up in full later.

If the Tour is enough to scratch your bike racing itch, the subscription service also conveniently allows you to sign-up per month. However, if you find you’ve been hooked by the Hautacam, there is more than enough extra good stuff to persuade you to extend to a year-long subscription for just £39.99, just in time for the Vuelta a España, world championships, autumn classics and beyond.

This year’s Tour de France could finally see the all-Slovenian Tadej Pogačar versus Primož Roglič tussle for the yellow jersey that we’ve been waiting for since the younger man famously usurped his compatriot in dramatic fashion on the slopes of La Planche des Belles Filles in 2020. 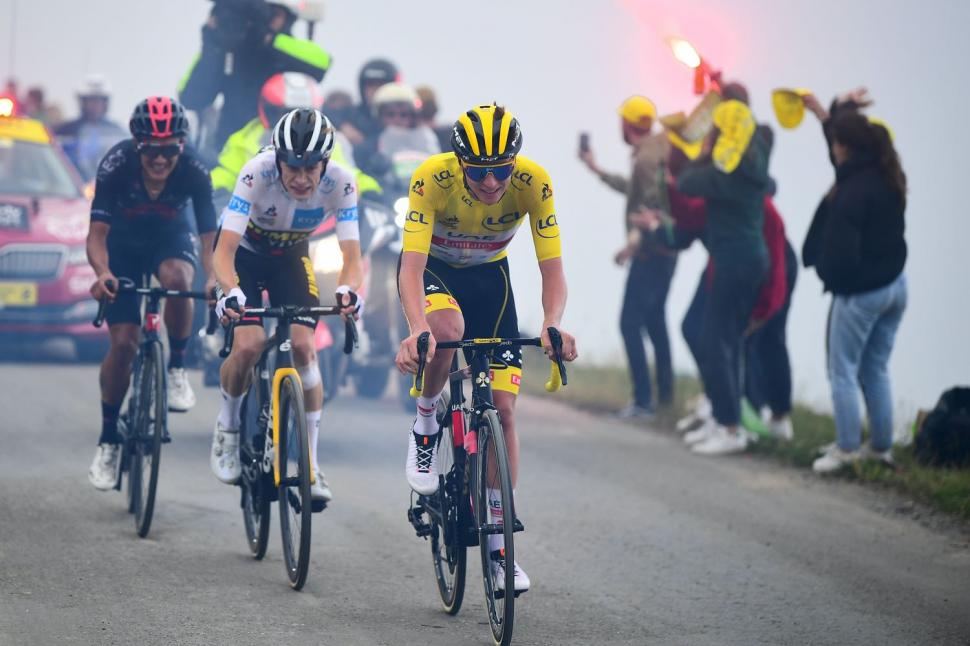 While most of the GC attention will be fixed on whether Pogačar can continue his Merckxian exploits to win his third Tour in a row, Roglič and his Jumbo-Visma teammate Jonas Vingegaard – second to Pogačar last year – will be hoping their combined strength will be enough to topple the seemingly unbeatable 23-year-old.

The Ineos Grenadiers, who boast 2018 Tour winner Geraint Thomas, as well as Adam Yates, Tom Pidcock and Dani Martínez in their lineup, will also be hoping that strength in numbers will play a factor in deciding the race for the yellow jersey.

With the Tour visiting Alpe d’Huez for the first time since Thomas took the stage and yellow jersey atop its famous 21 hairpin bends four years ago - while also featuring a hazard-laden stage across the cobbles of Paris-Roubaix and taking in the Alps, Vosges, Pyrenees and Massif Central mountain ranges - there will be plenty of scope for riders aiming to challenge Pogačar’s dominance.

Away from the GC battle, the race’s lumpy parcours – with barely an inch of flat once the Tour leaves Denmark – offers lots of opportunities for a potentially enthralling fight for stage wins and the green jersey between the peloton’s great all-rounders, Mathieu van der Poel, Wout van Aert, Peter Sagan and Tom Pidcock.

Meanwhile, Fabio Jakobsen, Caleb Ewan and Dylan Groenewegen are among the sprinters hoping to salvage some breadcrumbs from what appears – on paper – to be a very unfriendly route for the fast men. 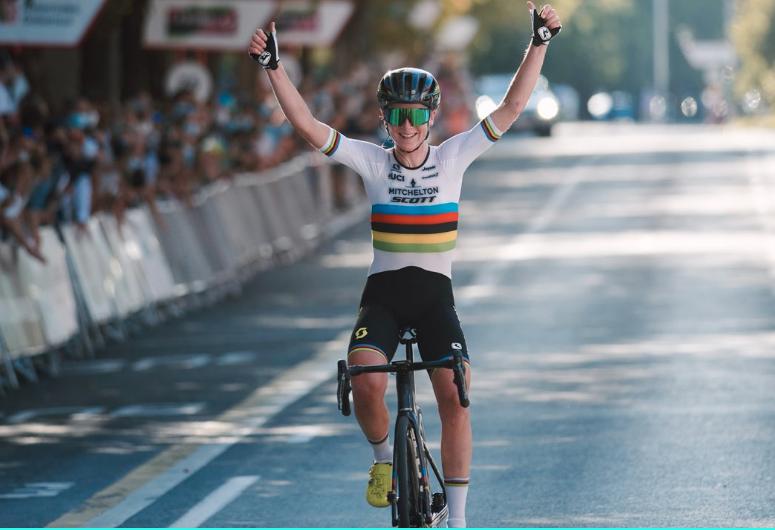 Once the final yellow jersey is awarded on the Champs-Élysées in three weeks’ time, the inaugural Tour de France Femmes will pick up the baton for what looks set to be an explosive - and momentous - eight days of racing. The varied route will take the riders across north-eastern France before a spectacular final weekend in the Vosges, coming to a crescendo on the 20 percent slopes of the Planche des Belles Filles.

All these questions, and more, will be answered over the next month on GCN+… and if all that live racing, on-demand stage replays, time-saving highlights packages, and pre and post-race analysis by some of the best pundits in the sport (with some questionable dance routines thrown in for good measure) weren't enough, GCN+ also has a library of over 100 exclusive cycling documentaries available on demand, making it the one-stop subscription service for cycling fans.