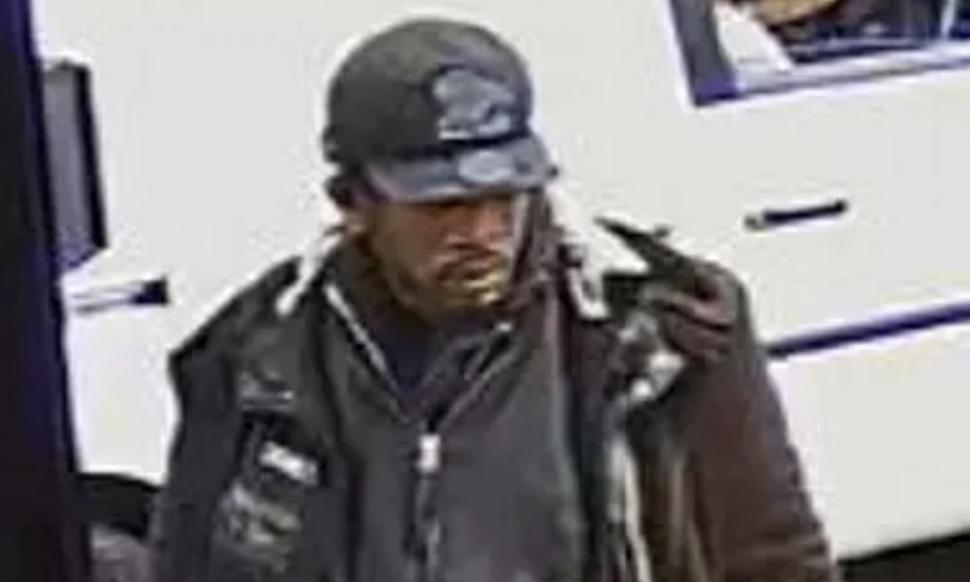 The Metropolitan Police are appealing for help to track down a man who threatened a cyclist with a firearm in what the investigating officer says was a “totally random incident.”

Police say that the victim flagged down officers outside Stoke Newington police station, a short time after the incident which happened at around 13:00hrs on Wednesday, 27 May.

According to the victim, and to a witness who subsequently reported the incident, the man pointed a handgun at the cyclist between Dalston Kingsland Station and the Rio Cinema.

The victim had been cycling northbound on Kingsland Road, E8, and the suspect was stood on the pavement at the junction with Bradbury Street.

As the cyclist drew alongside him, the man lifted and pointed what the victim said was a handgun at him.

He added that the suspect said nothing during the incident, and the cyclist continued to ride northbound before flagging down police officers to tell them what had happened.

Detective Constable James Readman commented: “This was a totally random incident and involved a completely innocent member of the public being targeted with a weapon in broad daylight.

“The victim was understandably terrified and fled the scene as quickly as possible, but we do have a good description of the suspect.

“We urgently need to trace the man in this CCTV image, as he may be key to our enquiries. We also want to speak to any other witnesses who may have seen the suspect in area between 13:00hrs and 13:09hrs, or thereabouts, in the area of the incident.

“The weapon was described as a small metallic looking pistol type gun, dark grey to black in colour.

“Luckily, nobody was physically injured but the psychological impact of such a shocking event cannot be underestimated.

“This is also of course the huge concern that a weapon remains in the possession of someone who clearly should not have it,” he added.

The suspect was described as black, around 6ft tall and of broad build, with a greying black beard. He was dressed in dark clothing, with a jacket and dark trousers described as “tatty looking.”

1
Glasgow “pensioners” admit laying traps for cyclists in park
2
road.cc Recommends updated with 11 exceptional new products from Scott, Specialized, Scribe, Prime + more
3
New Motion Labs reinvents sprocket for increased efficiency
4
‘Hey, is that your dad’s company? That’s the coolest thing ever!’ – Rapha boss talks about that Giro d’Italia kit
5
Duke of Devonshire employs security guards to keep cyclists off estate
6
Cyclists to be banned from cycling through Windsor and Maidenhead high streets
7
Cyclist left with 'gruesome' injuries after being struck by motorist towing a caravan
8
Cyclist fined after attaching petrol engine to bike to help him ride up steep hills