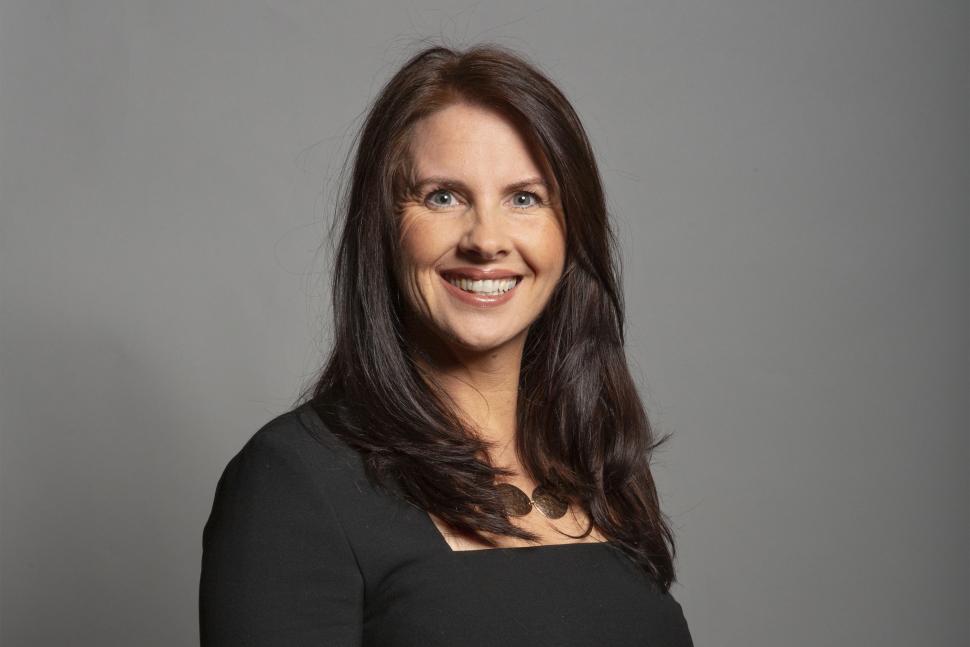 Trudy Harrison, the Parliamentary Under-Secretary responsible for cycling, says that better infrastructure and a “cultural change” is needed to encourage women, children and disabled people to cycle
by Ryan Mallon

Trudy Harrison, the Parliamentary Under-Secretary at the Department for Transport responsible for active travel, admitted that she has “pleaded” with her daughters not to ride their bikes near her home in Cumbria, and argued that safe, segregated routes are essential to encouraging women, children and disabled people to cycle.

The Conservative MP for Copeland, who took up her current role in the DfT in September 2021, also told a meeting of the All Party Parliamentary Group for Walking and Cycling (APPCWG) that cycling and walking will play a “huge part” in decarbonising Britain and improving the economy.

On Wednesday we reported that Chancellor Rishi Sunak’s Spring Statement, which cut fuel duty by 5 pence per litre, was criticised by charity Cycling UK’s head of campaigns Duncan Dollimore, who claimed it was a “sticking plaster for the problems we face today”.

Dollimore also expressed his disappointment that the government did not unveil a more “progressive” Spring Statement which focused on alternative, sustainable forms of transport such as cycling and walking. The fuel duty cut will cost the Treasury a reported £5 billion per year – the current five-year cycling and walking budget is £2 billion.

However, Harrison told the APPCWG meeting that the government is investing “six times more than we’ve ever committed” to cycling.

She added: “I think it’s also important that the roads budget, and money that has been spent on transport more generally, looks at the way we design roads with a cycling and walking lens wherever possible.”

Harrison also claimed that she wants to work with landowners to develop safe new cycle routes, and argued that a “cultural change” – as well as improved infrastructure – is required to get more people cycling.

“The most important thing is making sure that we’ve got the infrastructure as well, so children and women [can cycle], and the fact that cycling can be life changing for disabled people.”

Harrison told the meeting that she wants to focus on rural as well as urban bike routes, and said that the lack of safe cycling infrastructure around her home in the Lake District has even led to her asking her children not to ride their bikes as she is concerned about their safety.

“We do have fantastic cycling infrastructure at Grizedale and Whinlatter Forests, particularly for leisure cycling, but I couldn’t possibly read that out about my own community,” she said.

“I’ve seen for myself in my own county of Cumbria some pretty poor so-called cycle infrastructure. A white line on a road does not constitute a cycle route.”

Harrison pointed out that her village, Bootle, has “terrible cycling infrastructure”, including a road with a 60mph speed limit between her home and the local railway station.

“I have taught my daughters to ride bikes, along with my husband, but I have many, many times pleaded with them not to go out on their bikes because I’ve been worried about their safety,” she said.

“That can’t continue. That’s something that I really want to change. I would like children to be able to walk and to cycle to school.”

She added: “I know that it makes such a difference to have that segregated designated route for people.”

The minister said that funding allocated to Active Travel England, a governmental body launched in January and led by Chris Boardman, and new, higher standards for cycle infrastructure design will contribute to greater numbers reaching for their bikes.

Harrison also claimed that her husband – “the keenest cyclist you could ever imagine” – experiences animosity from motorists while riding his bike, with the minister arguing that the apparent growing chasm between drivers and cyclists needs to be addressed if more people are to be encouraged to cycle.

“And I would very much like to dial down that divide and recognise the value of cycling, for health, for environmental for reducing congestion, for our economy.

“Somehow we need to find a way through all this and I am very, very keen to be part of the team that improves the way in which we get about.

“I really want to see us, this government, roll out an incredible cycling revolution.”